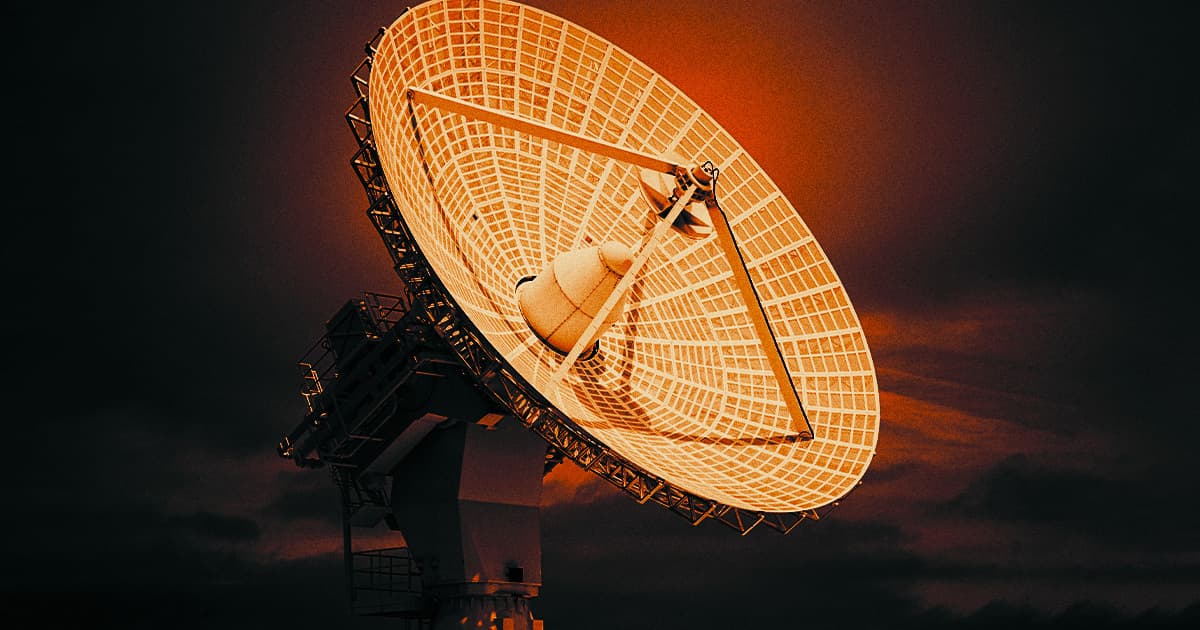 The research, accepted for publication in Monthly Notices of the Royal Astronomical Society, could potentially open up huge new swathes of the universe to scrutiny by SETI scientists — thereby, the authors hope, increase our chances of spotting "powerful transmitters" in distant space.

"I think for a while we’ve realized that when we make a SETI observation with a radio telescope, we are sensitive to not only the target star in the center of the field but also a patch of sky about the size of the Moon," study coauthor Michael Garret, a researcher at the University of Manchester and director of Jodrell Bank Center for Astrophysics, told Vice.

"Other objects in the field include foreground stars and background stars in our own Milky Way," he added. "Until recently, we didn't know how to make use of this fact because we didn’t know the distance to these stars."

But by using the European Space Agency's Gaia telescope, Garret and his colleague Andrew Siemion, director of the Berkley SETI Research Center and principal investigator for the Breakthrough Listen program, were able to obtain far more accurate measurements. From there, the pair were able to comb through more than 400 previous Breakthrough Initiative surveys of our galaxy, uncovering more than 140,000 objects that once went undetected in the various telescopes' snapshots. Among those "astrophysical exotica," according to a press release, were galactic nuclei, radio galaxies, interacting galaxies, and a galaxy whose gravity formed a gravitational lens.

"It turns out that wherever you point your telescope, the field of view is going to include some interesting cosmic object," Garrett said in the Vice interview.

Now that we know how to identify these once buried exotica, the thinking goes, our chances of stumbling on an alien signal are much improved — and it makes you wonder how much we might've overlooked.

More on SETI: Swiss Government Scientist Says We May Be on the Brink of Discovering Alien Life

Outing Life
Swiss Government Scientist Says We May Be on the Brink of Discovering Alien Life
Sep 13
Read More
Aquatic Aliens
Experts Puzzled by Harvard Scientist Looking for Alien Wreckage in Ocean
Sep 2
Read More
Sky Eye
Sorry, But New Signal Is Definitely Not Aliens, Says Scientist Working on Project
Jun 15
Read More
+Social+Newsletter
TopicsAbout UsContact Us
Copyright ©, Camden Media Inc All Rights Reserved. See our User Agreement, Privacy Policy and Data Use Policy. The material on this site may not be reproduced, distributed, transmitted, cached or otherwise used, except with prior written permission of Futurism. Articles may contain affiliate links which enable us to share in the revenue of any purchases made.
Fonts by Typekit and Monotype.