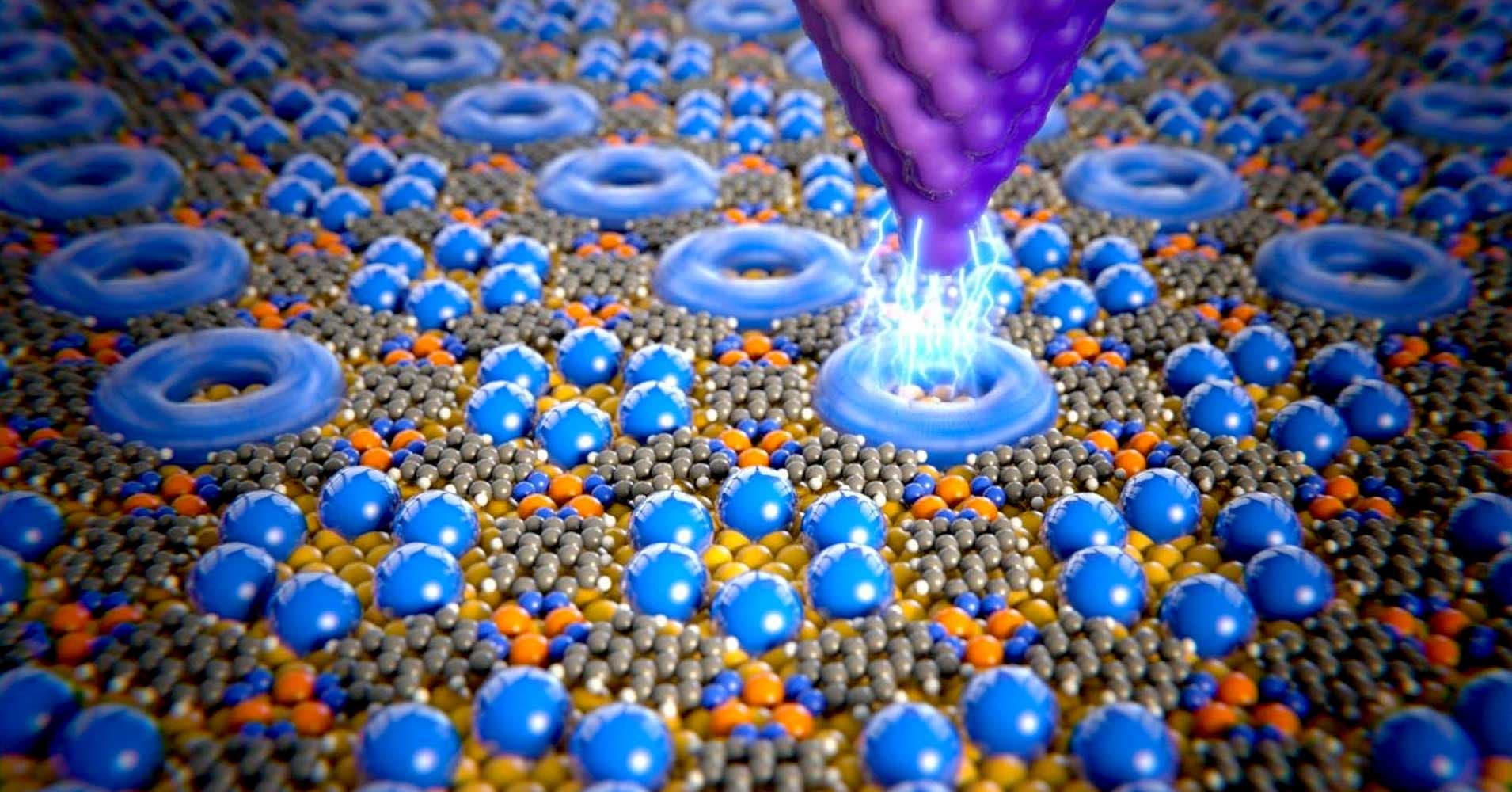 In data storage, the perpetual goal is to find ways to store greater amounts of information on devices that take up less physical space. Taken to its extreme end, that goal recently has led to physicists cracking the code of storing digital information into specially-crafted molecules, using individual atoms as the ones and zeroes of binary code.

For the past several years, scientists have been refining the nanotechnology that lets them accomplish all that. It's a promising concept, but building the actual storage systems — assembling molecules to hold atoms that are manipulated to one state or another — is still too difficult and costly to be practical.

A new technique could change that, according to new research published Monday in the academic journal Small. A team of physicists developed a self-assembling metallic molecular network — meaning that the lattice pieced itself together once its building block molecules were arranged in the right order and subjected to the right temperature and pressure — so scientists no longer need to expend huge amounts of work and money building the tiny structures themselves.

In the new system, physicists from Switzerland's University of Basel developed a metallic network of carbon-based molecules with nanometer-wide pores. A single xenon atom was fitted into each hole. The researchers found that they could reliably switch these xenon atoms between liquid and solid states with controlled electrical pulses.

The main difference that sets this new research apart from the field is that the metallic network into which the xenon atoms were added is self-assembling, taking away many of the logistical hurdles that have held back atomic-scale storage in recent years. Previously, the molecular architectures had to be built up one piece at a time, an arduous process that required expensive laboratories to precisely piece structures together one molecule at a time.

But that doesn’t mean the network of Xenon atoms is ready for use in industrial or consumer data storage systems yet — the researchers suspect that they'll need to explore new combinations of materials before they find something that could actually be used in an everyday setting rather than a nanotechnology lab.

That's because manipulation of xenon atoms needs to happen at exceptionally low temperatures. Xenon is normally found as a gas, and won't shift to a gas or solid state until it's brought down to something like -260 degrees Celsius, according to the research.

Rather, this research shows that self-assembling molecular networks could serve as a viable basis for incredibly-small data storage systems. The actual useable systems, the researchers suspect, are more likely to involve alcohol molecules that are easier to work with at a realistic temperature.

More on data storage: WE CAN NOW STORE DATA IN THE FORM OF A POWDER

Buck Like Funnies
This Plastic Bunny Has DNA Explaining How to Make More Bunnies
12. 10. 19
Read More
Spider Farm
Scientists Gene-Hacked Bacteria to Make Bullet-Proof Spider Silk
4. 2. 19
Read More
Fashion and Function
New Fiber Could Be the Foundation for Futuristic Smart Garments
12. 27. 18
Read More
+Social+Newsletter
TopicsAbout UsContact Us
Copyright ©, Camden Media Inc All Rights Reserved. See our User Agreement, Privacy Policy and Data Use Policy. The material on this site may not be reproduced, distributed, transmitted, cached or otherwise used, except with prior written permission of Futurism. Articles may contain affiliate links which enable us to share in the revenue of any purchases made.
Fonts by Typekit and Monotype.