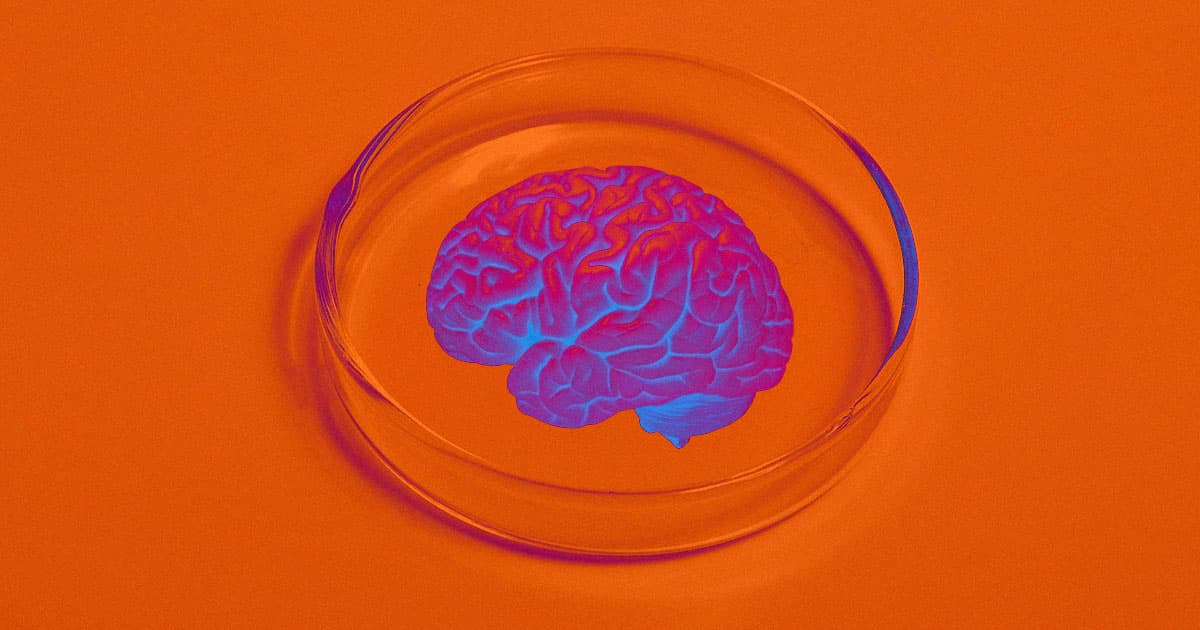 Scientists Worried That Human Brains Grown in Lab May Be Sentient

Imagine the endless horror of conscious existence with no body.

Imagine the endless horror of conscious existence with no body.

Some neuroscientists working with lab-grown human "mini brains" worry they could be experiencing an endless horror, with a conscious existence with no body.

At least, that's the warning that a group of Green Neuroscience Lab researchers plan to deliver during a national meeting for the Society for Neuroscience on Monday, according to The Guardian. While it's never been demonstrated that a mini brain has become conscious or sentient, the researchers believe that the risk is too great to continue using them.

Mini brains give scientists the opportunity to study neurological development and conditions in something more human-like than an animal model. While they don't approach the complexity of a human brain, scientists have been able to make increasingly-complex mini brains for their work.

"We're already seeing activity in organoids that is reminiscent of biological activity in developing animals," Elan Ohayon, the director of the Green Neuroscience Laboratory, told The Guardian.

It's that progress that has the neuroscientists concerned.

"If there's even a possibility of the organoid being sentient, we could be crossing that line," said Ohayon. "We don't want people doing research where there is potential for something to suffer."

More on mini brains: New Lab-Grown Mini Brains Are The Most Advanced Yet

Heady Stuff
Experiment Suggests That Consciousness May Be Rooted in Quantum Physics
Apr 19
Read More
Brain Freeze
Colleges Are Mailing Brains to Students to Dissect at Home
9. 11. 20
Read More
Brands We Love
Hone Your Mind with this Speed Reading & Memory Mastery Bundle
7. 9. 20
Read More
+Social+Newsletter
TopicsAbout UsContact Us
Copyright ©, Camden Media Inc All Rights Reserved. See our User Agreement, Privacy Policy and Data Use Policy. The material on this site may not be reproduced, distributed, transmitted, cached or otherwise used, except with prior written permission of Futurism. Fonts by Typekit and Monotype.