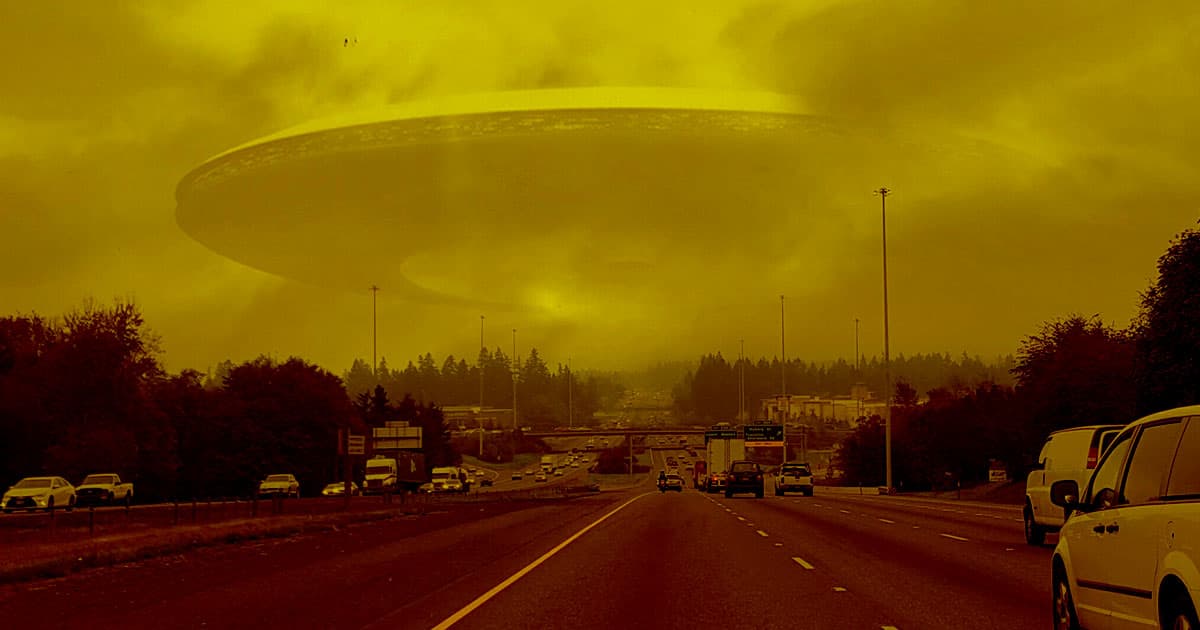 Scientists at the recently opened SETI Post-Detection Hub at the University of St Andrews in Scotland have a daunting task ahead of them: figure out what the hell to do if we were ever to make contact with an intelligent extraterrestrial civilization.

If aliens got in touch tomorrow, they warn, humanity would be woefully ill-prepared — something they say needs to change as soon as possible.

"Look at the mess we made when COVID hit," John Elliott, a computational linguist at the University of St Andrews and coordinator of the Post-Detection Hub, told The Guardian. "We’d be like headless chickens."

Elliott and co are looking beyond our efforts of scanning the skies for extraterrestrial signals and asking the question of what comes next.

At the Post-Detection Hub, he'll be tasked with coordinating an international and unified response to any potential alien contact, something that will require an immense amount of paperwork and bureaucracy.

"We need strategies and scenarios in place to understand what we need to do and how to do it," he told the Guardian.

Unlike many of his peers, Elliott isn't afraid to have humanity respond to the calls of an alien civilization. That question alone is an active debate that has experts divided, with many arguing that giving up our location could end in disaster.

"It’s such an opportunity to link up, if there’s another intelligence out there, which all the indications are that there must be," Elliott told The Guardian.

"If we have the opportunity, I don’t think we should miss it," he added.

READ MORE: If aliens contact humanity, who decides what we do next? [The Guardian]

More on the hub: Scientists Preparing for Alien Contact

What Does It All Mean?
The Second Alien Probe We Detect May Be Particularly Bizarre, Scientist Says
Jan 14
Read More
Warped Perspective
Scientists Propose Method for Detecting Alien Warp Drive Activity
12. 20. 22
Read More
Outing Life
Swiss Government Scientist Says We May Be on the Brink of Discovering Alien Life
9. 13. 22
Read More
+Social+Newsletter
TopicsAbout UsContact Us
Copyright ©, Camden Media Inc All Rights Reserved. See our User Agreement, Privacy Policy and Data Use Policy. The material on this site may not be reproduced, distributed, transmitted, cached or otherwise used, except with prior written permission of Futurism. Articles may contain affiliate links which enable us to share in the revenue of any purchases made.
Fonts by Typekit and Monotype.