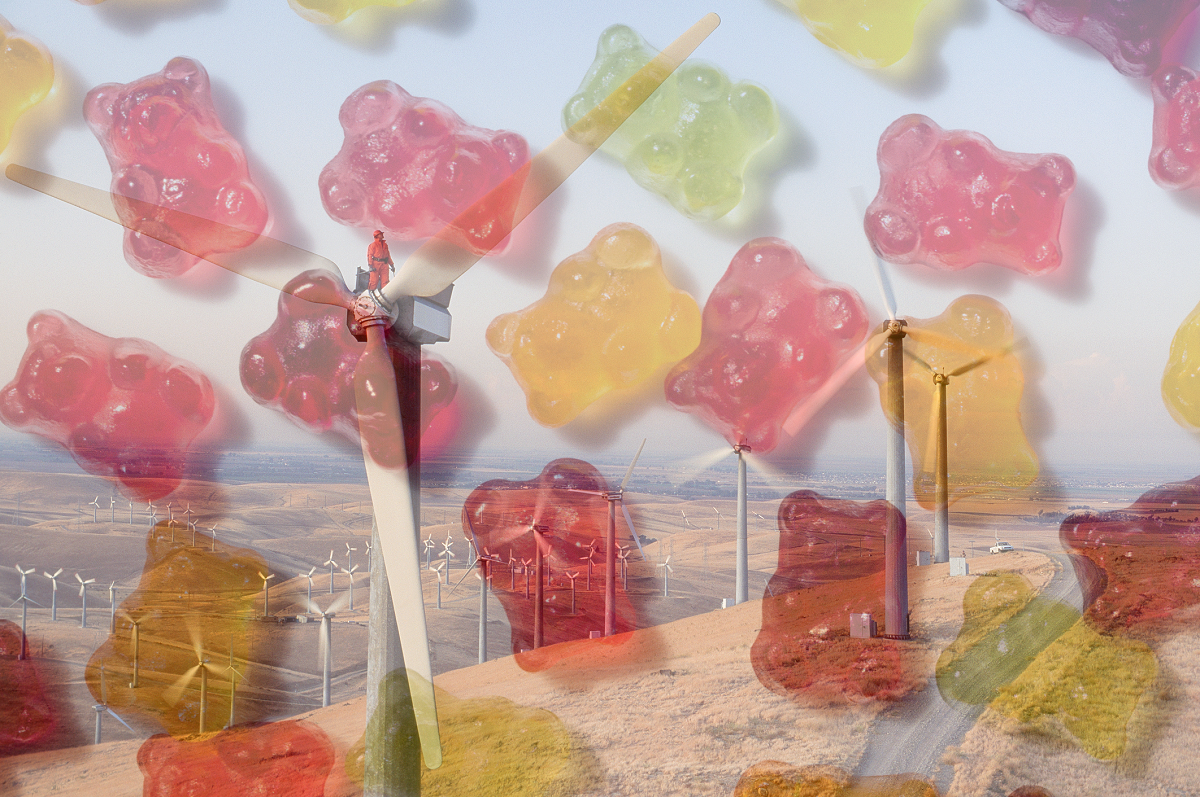 It's a mouthwatering prospect.

It's a mouthwatering prospect.

Wind turbine blades aren’t easily recyclable, meaning that more and more of them are piling up in landfills, where the useless fiberglass husks are likely to remain forever. That’s not a problem that can be overlooked for a popular form of renewable energy, but chew on this: researchers at Michigan State University say they’ve synthesized a new resin to use in the blades that can be recycled into gummy bears, and more.

The researchers created a novel thermoplastic resin strong enough to be used in turbine blades, and that’s saying something, because they need to be robust enough to brunt hurricane-force winds. But when that hardy resin is thrown into an alkaline solution for digestion, its breakdown produces PMMA, or poly(methly methacrylate), a common acrylic that’s used in everything from car taillights to windows. Another byproduct of the resin’s digestion is potassium lactate, which when purified can be used in food products — including, yes, gummy candies.

"We recovered food-grade potassium lactate and used it to make gummy bear candies, which I ate," said researcher John Dorgan, who is presenting the research at the American Chemical Society this Tuesday, in a press release.

If the research bears out, in other words, it could herald an even more sustainable era for wind power.

"The beauty of our resin system is that at the end of its use cycle, we can dissolve it, and that releases it from whatever matrix it’s in so that it can be used over and over again in an infinite loop," Dorgan added.

Would eating a gummy bear made from a turbine be gross? Dorgan doesn’t think so.

"A carbon atom derived from a plant, like corn or grass, is no different from a carbon atom that came from a fossil fuel," he said. Can’t argue with that logic!

It all sounds promising — and delicious. The next step, according to the researchers, is to start making smaller test blades out the new resin.