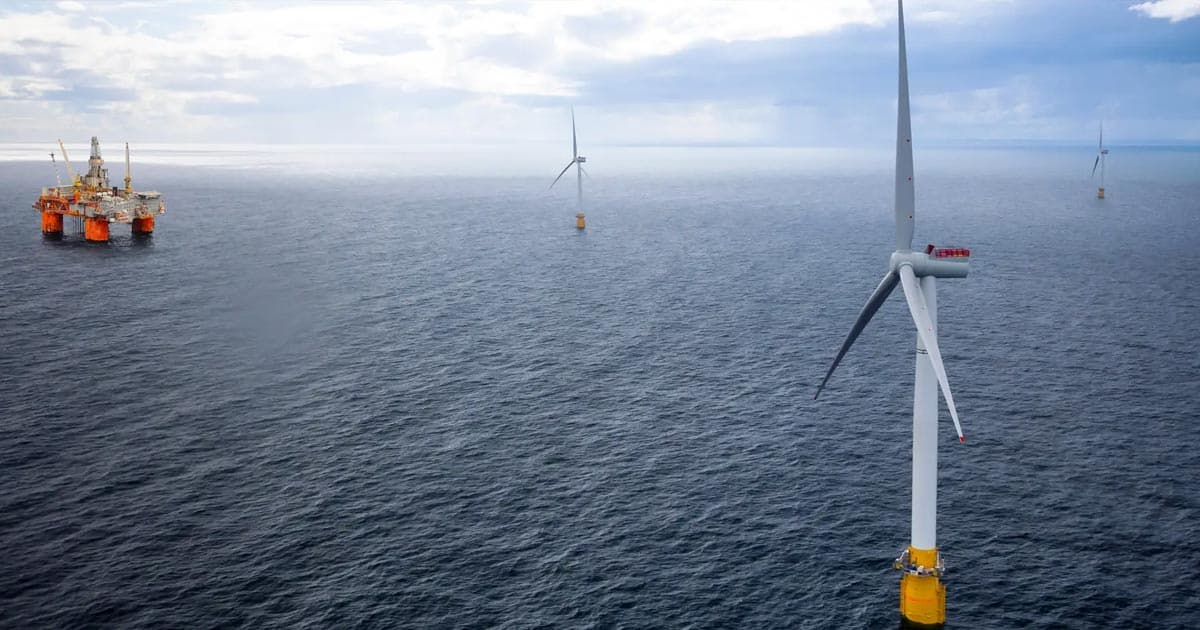 In a huge twist of irony, Norway is building the world's largest wind farm — to power offshore oil and gas fields.

If you're raising your eyebrows at this point, we are too.

The project called Hywind Tampen is set to be constructed and operated by Norwegian energy giant Equinor, who also happens to be drilling for oil and gas in the area.

It's a rather confounding development for the country, which is currently the most fossil fuel-dependent industrialized democracy in the world.

In a statement, the company claims that once Hywind Tampen is complete, they'll control nearly half of worldwide offshore windmills. Equinor is already Europe's number two exporter of natural gas — completing Hywind Tampen is sure to secure their place as a global player in the renewable market as well.

In the same press release, Equinor says that Hywind Tampen will provide roughly 35 percent of the energy needed to power the oil and gas operations, therefore cutting about 220,000 tons of carbon dioxide and 110,000 tons of nitrogen oxide emissions each year.

To the company's credit, those aren't small numbers, and alleviating the need to burn fossil fuels wherever possible is never a bad thing.

But Norway already has a complicated relationship with the European Union's climate goals. Oil and gas account for about 60 percent of its exports, and while they do have the highest rate of electric cars owned per capita, the government seems to have no intention of slowing down fossil fuel operations — despite claims of slashing greenhouse emissions in half by 2030.

And still, the fact remains: making something a little bit greener doesn't necessarily mean it's green.

The partners in the Hywind Tampen project will continue to rely on non-renewables to fuel their drilling enterprises, the very lucrative fruits of which will only add to Norway's oil and gas overreliance problem.

Good Neighbors
German Government Says It May Keep Nuclear Plant Open After All
Jul 31
Read More
Back Online
Japan May Need Nine Nuclear Reactors Turned On to Get Through Winter
Jul 14
Read More
Weird Times
White House Brags That America Is Producing More Oil and Gas Than Ever
Mar 7
Read More
+Social+Newsletter
TopicsAbout UsContact Us
Copyright ©, Camden Media Inc All Rights Reserved. See our User Agreement, Privacy Policy and Data Use Policy. The material on this site may not be reproduced, distributed, transmitted, cached or otherwise used, except with prior written permission of Futurism. Fonts by Typekit and Monotype.