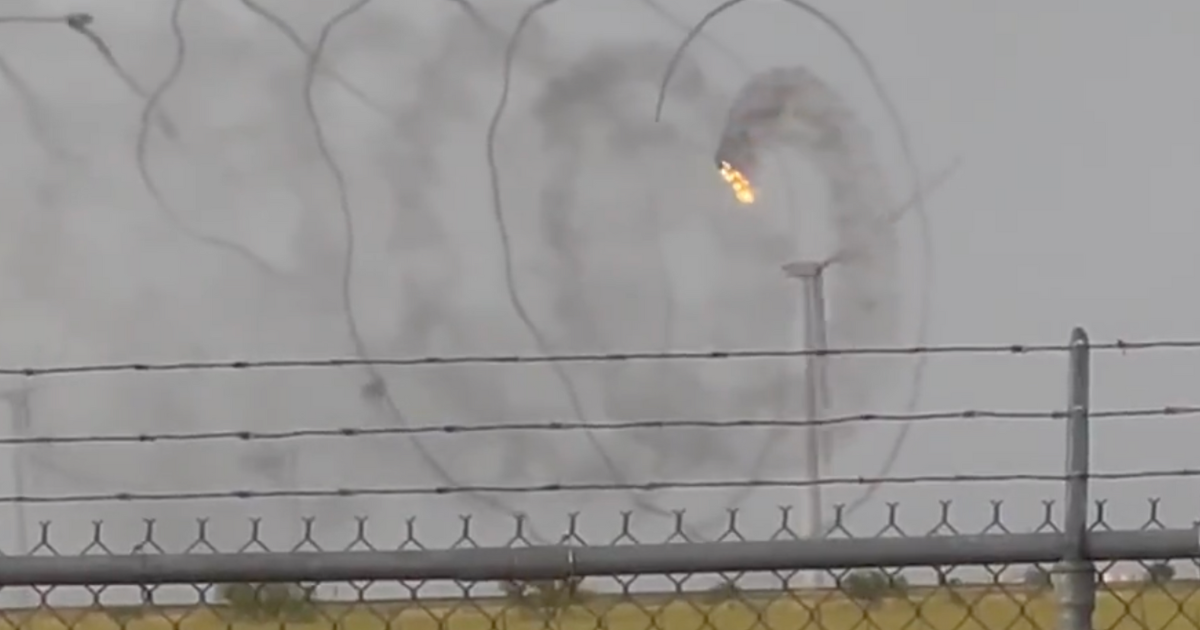 "That was pretty insane to watch!"

"That was pretty insane to watch!"

A Texas windmill struck by lightning yesterday made more than a few smoke rings that could rival even Gandalf's best.

One Texas resident captured the flames on video as he was passing by, in 45-second clip that even got picked up by local news. The footage shows a flaming blade spinning around as the turbine still churns, creating a spiral of smoke rings. Seconds later, the flames intensify and the entire structure collapses.

"That was pretty insane to watch!" the creator said in response to social media post about his clip.

Coincidentally, another Twitter netizen happened to capture footage from the opposite perspective, which shows the windmill standing in the background and agricultural equipment in the foreground.

There's a big lightning storm here in Crowell, it just a turbine and it's a goner 😬 pic.twitter.com/lobwMwTBKh

According to industry outlet Windpower, most manufacturers make turbines with basic features like grounding down conductors. In addition, some farmers have additional tools that predict upcoming lightning storms. However, not every windmill is made the same, and a large wind farm will typically include turbines from multiple manufacturers.

An average commercial wind turbine costs somewhere between $2 million and $4 million, so the loss of one could make a significant impact on a business owner, depending on the size and profitability of the installation.

It should come as no surprise to anyone that wind turbines, like all machines, are imperfect. This one may have malfunctioned, been badly made, or just been on Thor's shit list that day.

But overall, wind power looks like a compelling piece of the renewable infrastructure puzzle. Just don't let one epic failure get you down.

More on energy news: Robot Designed to Tunnel Through Through the Earth Incredibly Fast Using Plasma