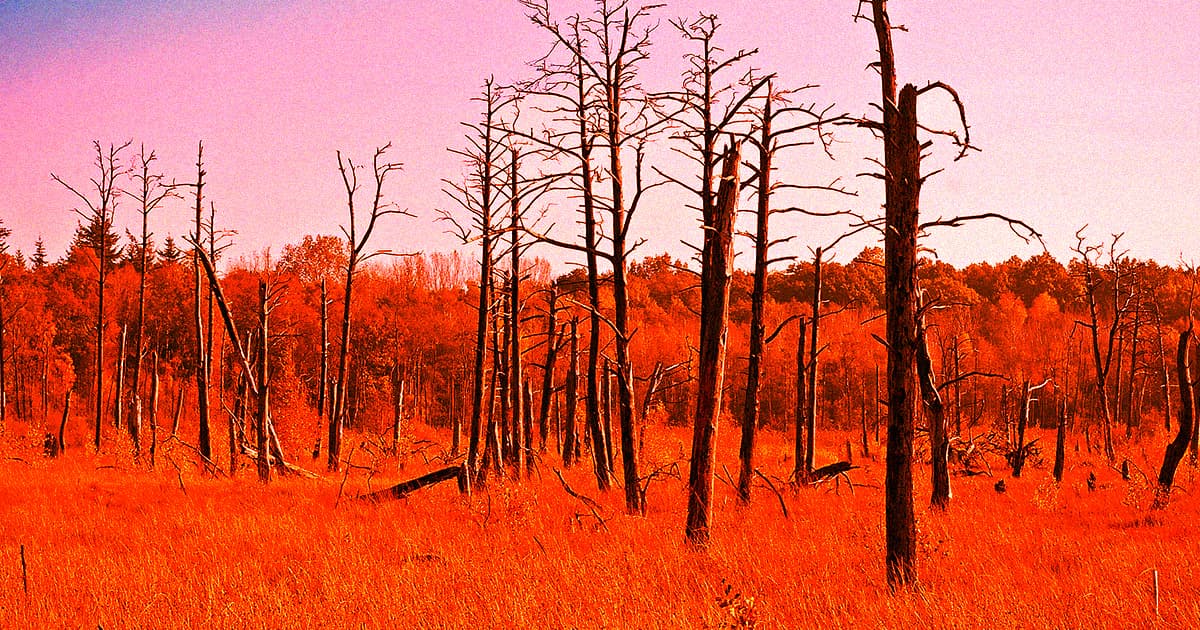 Scientists Warn That the Earth Is Literally Dying

"Policies to combat the climate crisis or any other symptoms should address their root cause: human overexploitation of the planet."

"Policies to combat the climate crisis or any other symptoms should address their root cause: human overexploitation of the planet."

A team of scientists just took the planet's vitals and delivered a grim prognosis: the damage that humanity is causing may be terminal.

In other words, the planet is in really, really bad shape — out of the 31 metrics of ecological health that a team of prominent scientists from a long list of universities around the world looked at, 18 are facing all-time poor results, they told Agence France-Presse. The researchers behind the update are among the 14,000 experts who have now signed a statement saying the planet is in a state of emergency. Thanks to a "business as usual" approach to managing our pale blue dot, they conclude in a report slated for publication in the journal BioScience, we as a global society are approaching many environmental tipping points — and have already blown past several others.

Atmospheric methane and carbon dioxide levels are at a record high. Arctic ice and glaciers are at an all-time low. Sea levels and oceanic temperatures are at their highest, as is the rate of deforestation in the Amazon.

The problem, the experts say, is that focusing too much on any single issue might become a wild goose chase. They say that the overall problem, more than any single factor or hazard, is humanity's winner-take-all approach to planetary stewardship.

"We need to stop treating the climate emergency as a stand-alone issue — global heating is not the sole symptom of our stressed Earth system," Oregon State University ecologist William Ripple told AFP. "Policies to combat the climate crisis or any other symptoms should address their root cause: human overexploitation of the planet."

More on the planet: Scientists Warn of "Ghastly Future" for Global Environment