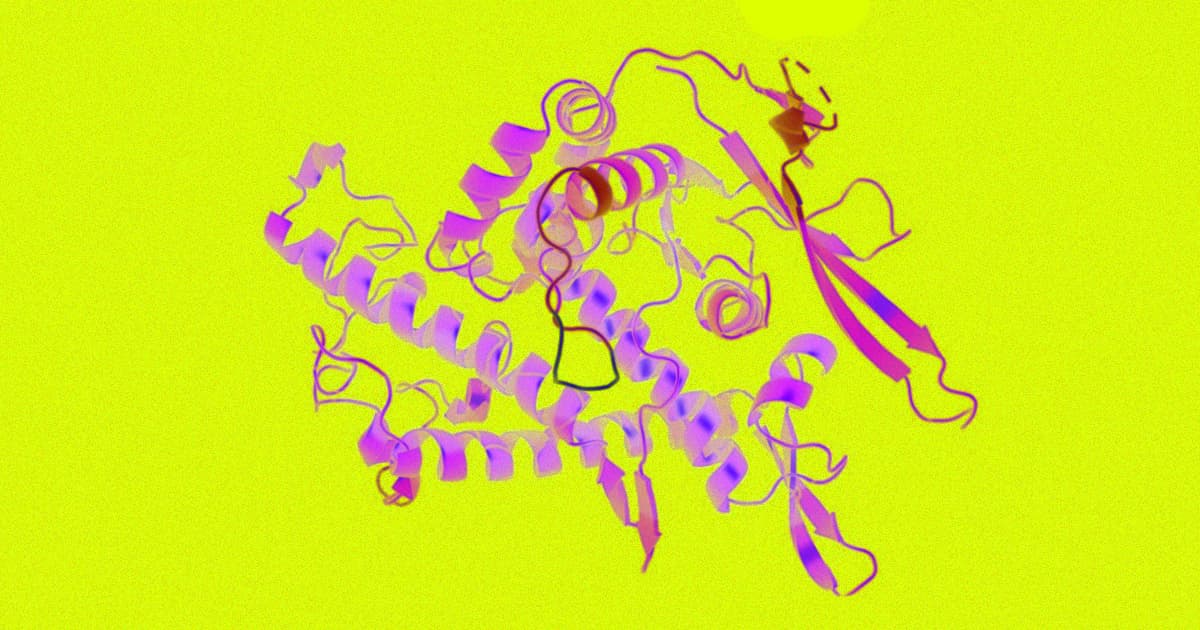 Critics say DeepMind is hyping up the achievement.

Critics say DeepMind is hyping up the achievement.

Earlier this week, the Google-owned AI development company DeepMind announced with great fanfare that it had built an algorithm capable of predicting how proteins would fold based on their molecular composition.

If it holds up, it's a stunning achievement that's eluded scientists for decades. But Business Insider reports that many experts in the field remain unimpressed, instead calling DeepMind's announcement hype.

While critical scientists don't diminish the importance of DeepMind's achievement, they do question whether AlphaFold 2 will actually provide a useful tool to researchers like DeepMind claims.

DeepMinds' AlphaFold 2 algorithm scored higher at the Critical Assessment of Structure Prediction (CASP) competition, which tests potential solutions to the protein folding problem, than any other team in history.

That may be a weakness. Scientists in the field, BI reports, are suggesting that AlphaFold 2 was optimized specifically for CASP as if it were earning the high score in a video game.

"We can't really be sure how well AlphaFold will work when faced with the far more rich and varied array of proteins found in the real world of living organisms," University of Birmingham computer scientist Max Little told BI.

Frankly, the hype serves no one. DeepMind can now never live up to the promise that's been made and have dragged experimentalists through the mud in the process. Also, until DeepMind shares their code, nobody in the field cares and it's just them patting themselves on the back

However, CASP chair John Moult defended DeepMind's work and pushed back against the notion that the competition doesn't yield real-world use.

"CASP is not a game, it's a scientific experiment designed to test folding methods in close-to-real-life situations," Moult told BI. "What is missing?"

"Fifty years of listening to false claims about this problem has made me the world's biggest skeptic," Moult added. "But I have looked at these results very carefully ... Clearly, this is just the beginning of what DeepMind and others will achieve with these sorts of approaches."

READ MORE: DeepMind's protein-folding breakthrough triggers fierce debate among skeptical scientists: 'Until they share their code, nobody in the field cares' [Business Insider]