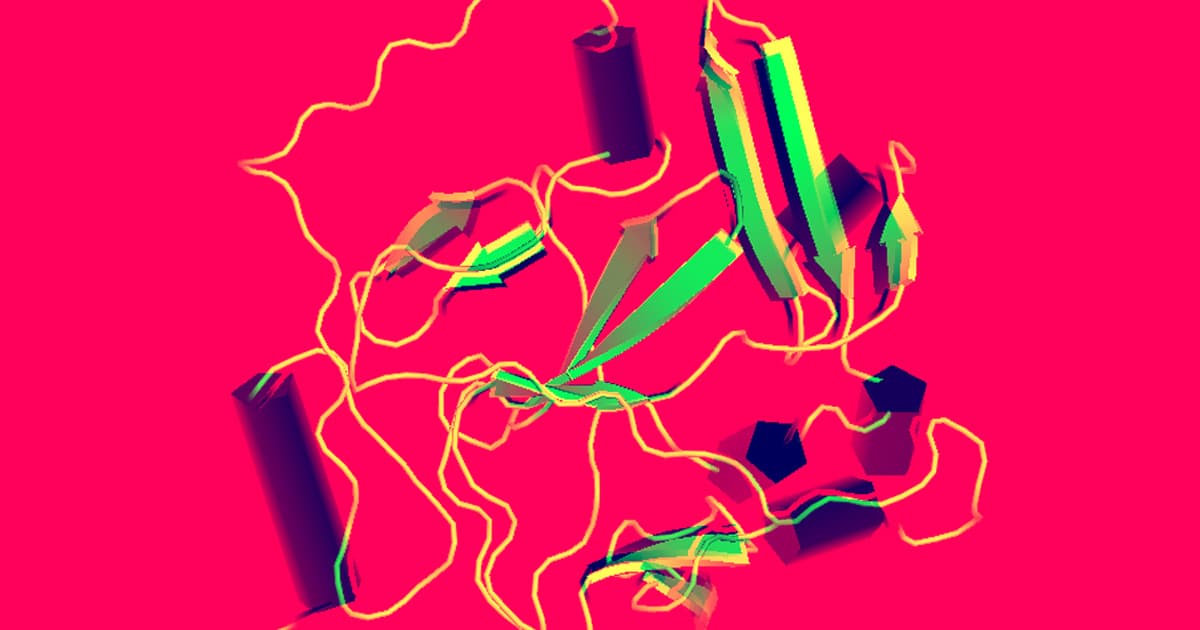 The AlphaFold algorithm seems to have cracked the protein folding problem.

The AlphaFold algorithm seems to have cracked the protein folding problem.

Google's DeepMind team developed an artificial intelligence algorithm that seems to have cracked a biological challenge so complicated that it's seemed all but impossible for decades.

DeepMind announced in a blog post Monday that its scientists developed an algorithm, AlphaFold 2, that solved what's called the protein folding problem: an ambitious scientific endeavor with the goal of predicting the shape of proteins based solely on their composition. Predicting protein structure stands to vastly improve biomedical science and let doctors develop new treatments even faster.

Proteins are essentially strings of individual molecules called amino acids that have been twisted and bent into a complex shape. But an average protein has about 10^300 — that's a ten followed by 300 zeroes — possible conformations. The Critical Assessment of protein Structure Prediction (CASP) is a biennial challenge to scientists trying to solve the problem at which AlphaMind 2 just performed better than anyone else in history.

In the 2020 CASP, AlphaFold 2 was able to predict structure with a median score of 92.4 out of 100 points, according to the team's preprint research. That's far from perfect, but it vastly outperforms the guess-and-check approach that dominated the field for decades.

AlphaFold 2 has already been put to use: DeepMind writes in its blog that the team was able to predict the structure of several proteins found within the coronavirus SARS-CoV-2. Beyond that, the team expects it to vastly accelerate the pace at which doctors can analyze new diseases and develop potential treatments.

"AlphaFold’s astonishingly accurate models have allowed us to solve a protein structure we were stuck on for close to a decade," Andrei Lupas, Director of the Max Planck Institute for Developmental Biology and a CASP assessor, said in the DeepMind blog.

READ MORE: AlphaFold: a solution to a 50-year-old grand challenge in biology [DeepMind]

More on DeepMind: There’s a Power Struggle Inside Google to Control Superhuman AI

Big Brain AI
DeepMind Says Its New AI Has Almost the Reading Comprehension of a High Schooler
12. 10. 21
Read More
Repeating Grades
Google's Best AI Just Flunked a High School Math Test
4. 6. 19
Read More
Bureaucratic Takeover
There's a Power Struggle Inside Google to Control Superhuman AI
3. 15. 19
Read More
+Social+Newsletter
TopicsAbout UsContact Us
Copyright ©, Camden Media Inc All Rights Reserved. See our User Agreement, Privacy Policy and Data Use Policy. The material on this site may not be reproduced, distributed, transmitted, cached or otherwise used, except with prior written permission of Futurism. Articles may contain affiliate links which enable us to share in the revenue of any purchases made.
Fonts by Typekit and Monotype.