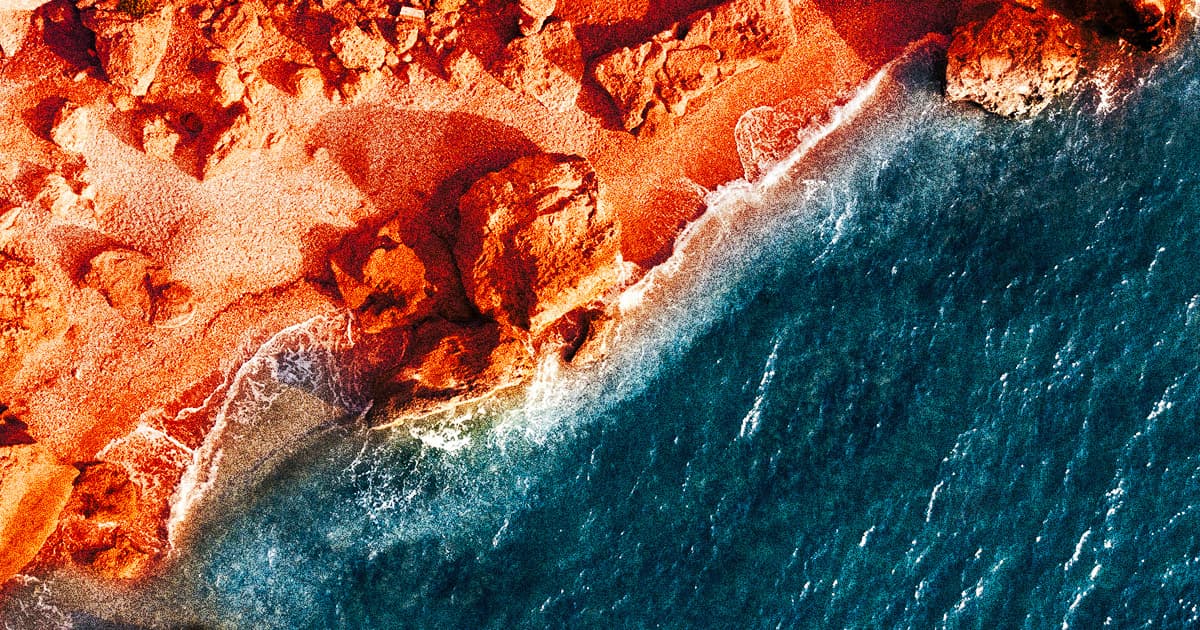 Now where were the best beaches?

Now where were the best beaches?

It's increasingly well established that rivers and lakes once flowed on the Red Planet. However, demonstrating that full blown oceans were once a part of that picture has been a bit trickier.

But now, new topography of the Martian surface mapped by researchers from Pennsylvania State University may provide new evidence — perhaps the best yet — of ancient oceans on Mars.

In a study published this month in the Journal of Geophysical Research Planets, the researchers say they've found "definitive" evidence of a shoreline some 3.5 billion years old. One key takeaway, they note, is the sedimentary accumulation around 3,000 feet thick that's consistent with ocean shoreline accumulation.

"On Earth, we chart the history of waterways by looking at sediment that is deposited over time," said lead author Benjamin Cardenas, an assistant professor of geosciences at Penn State, in a university release. "We call that stratigraphy, the idea that water transports sediment and you can measure the changes on Earth by understanding the way that sediment piles up. That's what we've done here — but it's Mars."

Cardenas says this was all accomplished using "mundane" stratigraphy and "textbook" geology. As such, his team simply used software developed by the US Geological Survey and fed it data from NASA and its Mars Orbiter Laser Altimeter.

It was from there that they were able to discover and map out over 4,000 miles of ridges from ancient rivers. They then categorized these into 20 systems, used measurements of the directions they once flowed, and determined that they weren't just the markings of a river, but the vestiges of an ancient shoreline. Combine that with the sediment accumulations, and the researchers believe that, altogether, they make a compelling case.

And if oceans were on Mars, well, maybe there were once aliens there too.

"What immediately comes to mind as one the most significant points here is that the existence of an ocean of this size means a higher potential for life," Cardenas said.

Of course, that's a big leap. But we can't blame them for being excited. If an ocean existed on Mars during its warmer days, that would definitely raise the odds.

More on Mars: Meteorite Hit Mars So Hard NASA Thought It Was a Quake