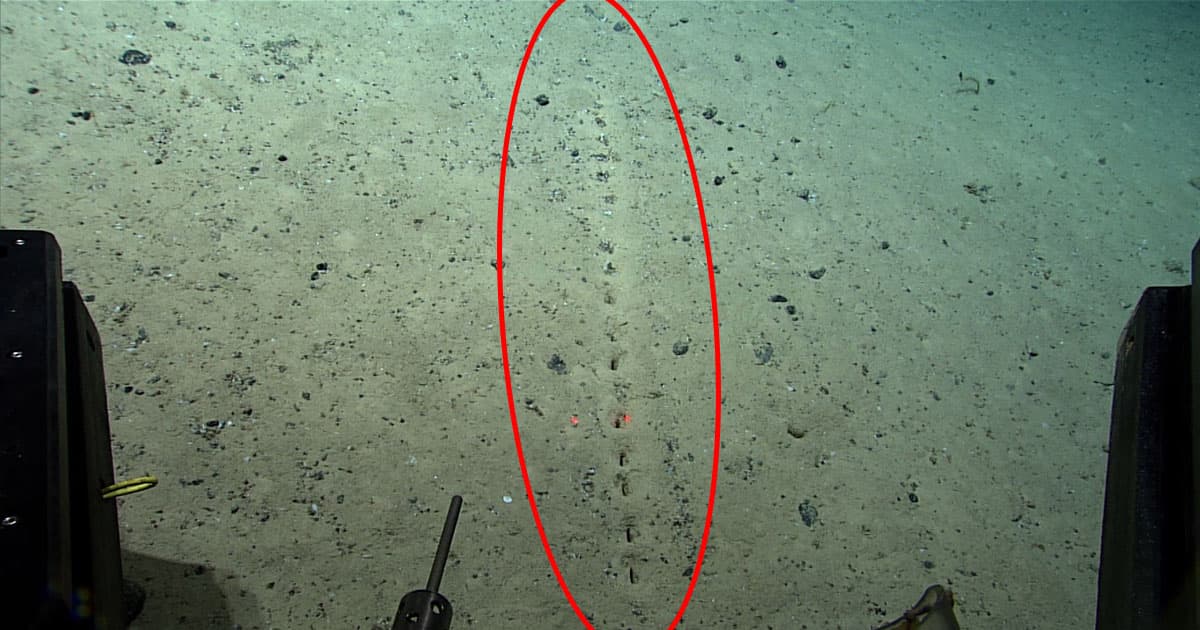 Scientists Puzzled by Strange Row of Holes on Ocean Floor

Over the weekend, a team of National Oceanic and Atmospheric Administration (NOAA) ocean explorers came across something seriously unsettling lining the Mid-Atlantic ocean floor: a series of holes dug into the sandy seabed at seemingly regular intervals, as seen in footage taken by the NOAA's remotely operated submarine.

"These holes have been previously reported from the region, but their origin remains a mystery," reads a Facebook post by the team. "While they look almost human made, the little piles of sediment around the holes make them seem like they were excavated by... something."

The bizarre holes were bored about 1.7 miles beneath the surface, right at the crest of an underwater volcano near the Azores.

Clues as to what may have created the holes are scarce. The surrounding ocean floor was comparatively smooth. Besides, the depth at which the marks were made suggests that human involvement is incredibly unlikely.

The incident goes to show just how little we know about the area — a vast, unexplored mountain ridge that lurks deep beneath the Atlantic Ocean's surface.

The scientists witnessed this strange sight during their Voyage to the Ridge 2022 expedition, which the NOAA describes as a quest to obtain some baseline information about vastly understudied — and mysterious — deepwater areas surrounding the Mid-Atlantic Ridge.

"Stretching an impressive 16,000 kilometers (10,000 miles), the Mid-Atlantic Ridge (MAR) is the longest mountain range in the world and one of the most prominent geological features on Earth," states the mission's webpage. "The majority of it sits underwater and thus much of it remains largely unexplored."

Ocean-curious Facebook users had several fascinating theories to offer the perplexed researchers as to where the holes could be coming from.

As is common with ocean exploration, the process of discovery seems to have unlocked entirely new mysteries, baffling the scientists.

It's a classic maritime whodunnit — and we're not ruling out cartwheeling starfish.

More on ocean oddities: Sailors Say the Ocean Around Their Ship Started to Glow