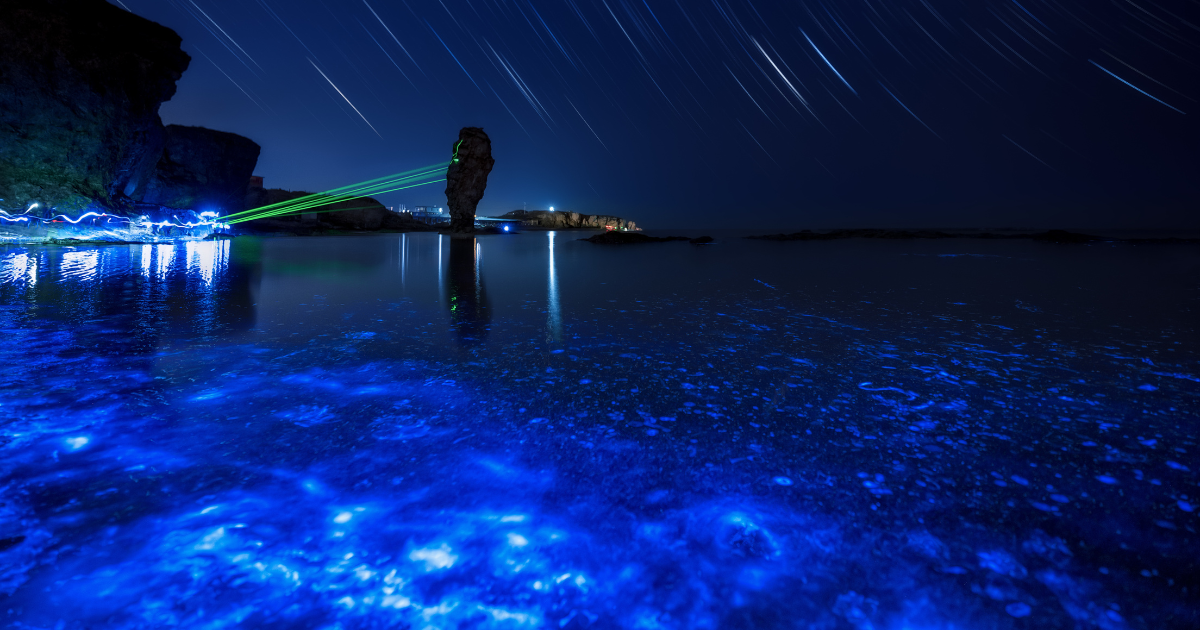 Sailors Say the Ocean Around Their Ship Started to Glow

"The sea was lit, but the waves were black."

"The sea was lit, but the waves were black."

It only happens once or twice per year anywhere on the planet, but one crew of sailors said in a New York Times interview published Saturday that their boat sailed right through it — a deep-water bioluminescent event know as "milky sea."

Earlier this week, researcher and Colorado State University professor Steven Miller published a study in the journal PNAS that compared satellite imagery of a milky sea event off the southern coast of Java, an Indonesian island, to accounts from the crew who sailed right into it. Miller spoke with Naomi McKinnon and six other crewmates about sailing through the glowing ocean.

McKinnon also told the NYT that on the totally moonless night, the sea underneath their ship glowed so brightly they were able to capture a few blurry images with their smart phones.

"What the hell?" she told the newspaper she remembered thinking.

Johan Lemmens is a retired doctor who has also seen these glowing waters from his sailboat.

"Normal bioluminescence is when the waves light up or there’s a trail of light behind you," Lemmens told the NYT. "You see that two or three times a year. This was different. The sea was lit, but the waves were black. That made it really eerie. It gave the idea that the light was coming from a deeper level."

The "normal" type Lemmens described usually happens in shallower water, like the blue-green glow many beachgoers are familiar with. This deeper-down type is thought to be caused by luminous bacteria and may not be caused by mechanical stimulation, so researchers are hoping to learn more about it.

Here's hoping they'll figure out what's going on down there.

More on unknown quantities: Earth's Population Is About to Hit 8 Billion