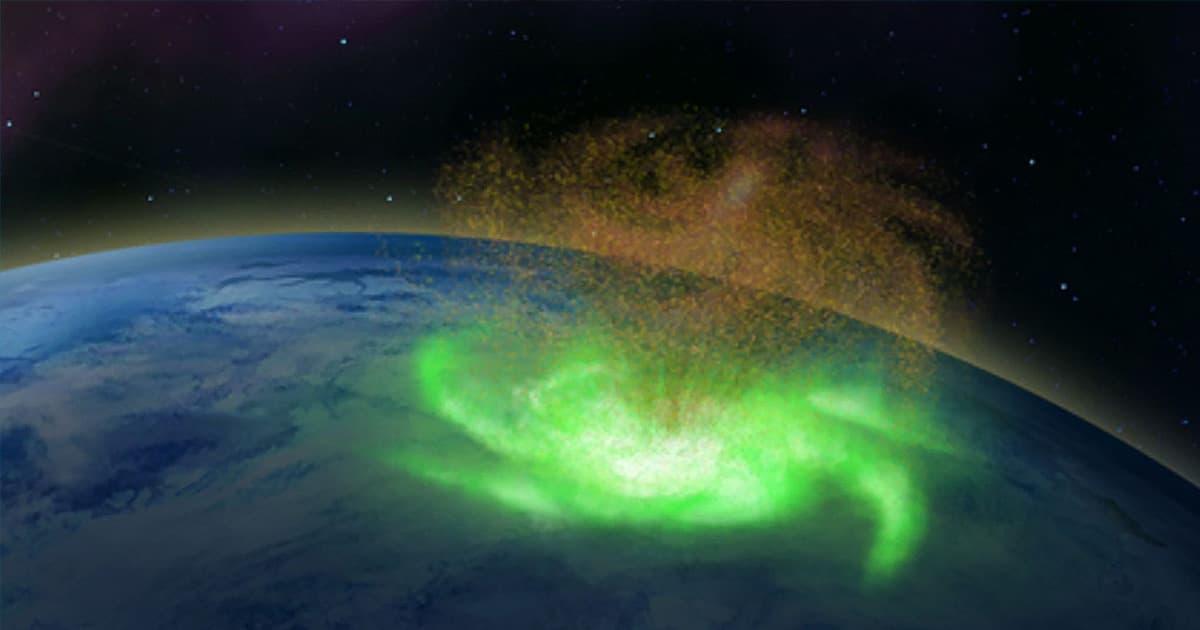 "Until now, it was uncertain that space plasma hurricanes even existed."

"Until now, it was uncertain that space plasma hurricanes even existed."

A team of scientists have confirmed the existence of a gigantic, 1,000 kilometer-across "space hurricane" swirling hundreds of kilometers above the North Pole, the BBC's Science Focus reports.

The team analyzed data in the form of low geomagnetic activity over the North Pole dating back to 2014. What they found was something truly awe-inspiring: an anticlockwise spinning vortex that spewed electrons down at our planet's upper atmosphere for eight long hours.

The new research could help scientists better predict space weather, disturbances in our space environment usually caused by a stream of plasma coming from the Sun that are also referred to as solar winds.

Space hurricanes aren't too dissimilar from their surface-based equivalents. They are marked by the release of massive amounts of energy, and feature a quiet center.

Scientists suggest that such space hurricanes could be a universal phenomenon that could be found near any planets or moons that have magnetic fields.

"Until now, it was uncertain that space plasma hurricanes even existed," University of Reading space scientist Mike Lockwood, who was not involved in the research, told Science Focus. "So to prove this with such a striking observation is incredible."

Understanding these space weather phenomena is important to ensure that Earth- and orbit-based technologies can survive the onslaught of the Sun's plasma. These events can wreak havoc on high frequency radio communications and GPS signals, so becoming better at predicting them can only strengthen our infrastructure.

More on space weather: China Is Sending a Mission to Study the Sun

"Electric Sails" Could Allow Us To Reach the Farthest Recesses of Space
10. 30. 17
Read More
Pluto Serves up Another Surprise—An Enormous Earth-Like Tail
5. 6. 16
Read More
Choked Out
Entire Island Strangled by Choking Vines
Yesterday
Read More
+Social+Newsletter
TopicsAbout UsContact Us
Copyright ©, Camden Media Inc All Rights Reserved. See our User Agreement, Privacy Policy and Data Use Policy. The material on this site may not be reproduced, distributed, transmitted, cached or otherwise used, except with prior written permission of Futurism. Articles may contain affiliate links which enable us to share in the revenue of any purchases made.
Fonts by Typekit and Monotype.