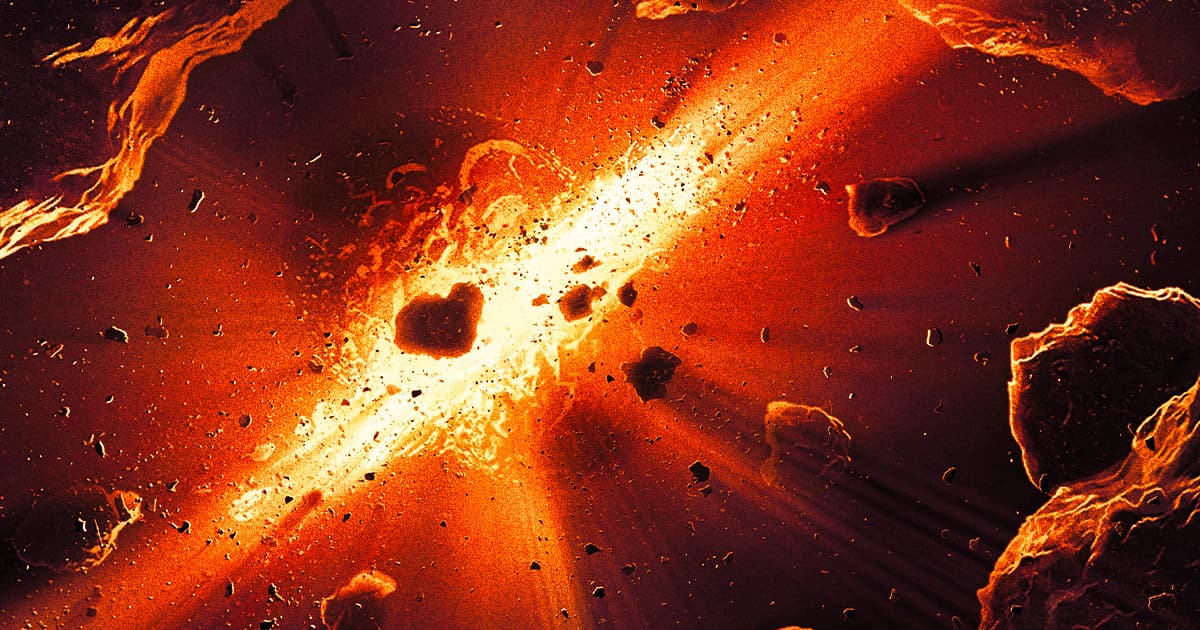 This would explain a lot.

This would explain a lot.

Scientists are proffering a macabre potential explanation for why a specific subset of exoplanets seem not to exist.

To date, as Scientific American notes, the prevailing hypothesis about this "radius gap" suggests that smaller planets tended to drift closer to their Sun-like stars over time — getting heated up so much that in essence, they burn to a crisp.

Last year, however, a group of astrophysicists out of Rice University in Texas published a paper in the Astrophysics Journal Letters explaining their own theory: that instead of burning up, smaller and less dense exoplanets may become involved in horrifying interplanetary collisions that destroy them as individuals and reassemble them into larger bodies.

As lead study author André Izidoro told Scientific American, this new theory is based on the understanding that as the smaller rocky planets drift closer to their stars, their orbits become more unstable and put them on a potential collision course with one another.

According to the Rice researchers' simulations, two rocky planets smashing together would increase their total mass, but because they would lose gas layers in doing so, it would also decrease their radii and cause them to form a single, more massive planet.

Icy and watery planets could also collide, Izidoro explains to SA, but because "their size does not change that much because water is less dense," those types of collided planets would still "stay above the radius valley." The same goes for the collision of rocky planets with watery ones — it would result in a larger water-rich planet that would be on the mini-Neptune side of the gap.

All said, it certainly seems plausible that out in the great beyond, planets are smashing into each other and creating single, bigger planets — or at least, as plausible as any of the other weird stuff that happens out there.