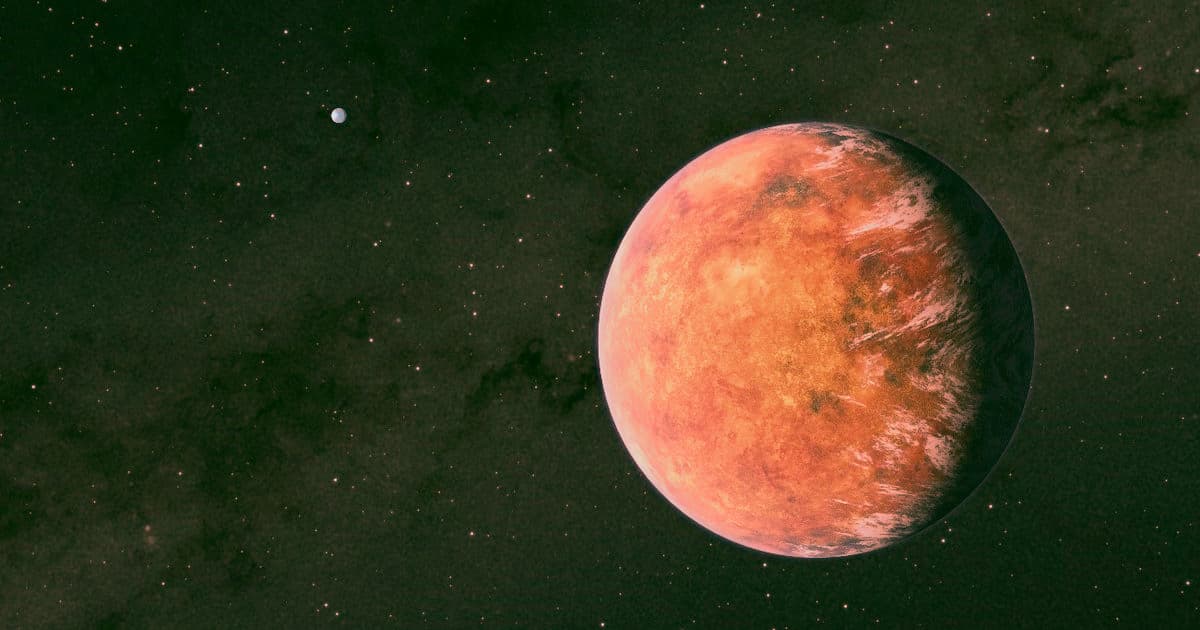 It's the second such planet orbiting a nearby star found in three years.

It's the second such planet orbiting a nearby star found in three years.

There's a newly-discovered planet on the block — and according to NASA, there's reason to shortlist it as potentially being able to sustain life.

In a press release about these new findings, presented to the American Astronomical Society, the space agency said that the "Earth-sized" planet it just discovered is unique not just because it could potentially host liquid water, but also because it's the second such planet in a system orbiting a nearby star.

NASA also notes in its press release that this latest planet likely has a "rocky" shell like Earth's, making it even more similar to our own pale blue dot.

Named TOI 700 e, this most recent find by NASA and MIT's Transiting Exoplanet Survey Satellite (TESS) is joined by its sister planets b, c, and d, all of which orbit the cool dwarf star TOI 700, situated about 100 light years from Earth in the Dorado constellation.

Planets d and e in the TOI 700-orbiting system are both roughly the size of Earth and are, like their sisters, within the "habitable zone" of the star, which means they're close enough to it to potentially contain liquid water and, in turn, could theoretically sustain life. Interestingly enough, planet TOI 700 d was the first Earth-sized habitable zone planet TESS ever discovered.

Finding one such planet near-ish to ours is a big enough deal, but finding two within the same star system is, as NASA points out, very rare indeed.

"This is one of only a few systems with multiple, small, habitable-zone planets that we know of," Jet Propulsion Laboratory postdoctoral fellow Emily Gilbert, who led the research that found the nearby planets, said in NASA's release. "That makes the TOI 700 system an exciting prospect for additional follow up."

Gilbert noted that because planet e was more difficult to spot because it's smaller than the others in the TOI 700 system, discovering the exoplanet "also shows how additional TESS observations help us find smaller and smaller worlds."

While there's already tons of potentially-habitable exoplanets that astronomers have identified thus far, the discovery of a second Earth-sized one within the TOI 700 system could provide more insight into how these sorts of planets operate — which could be important intel for if we ever detect extraterrestrial life.

More on big exoplanet news: Swiss Government Scientist Says We May Be on the Brink of Discovering Alien Life