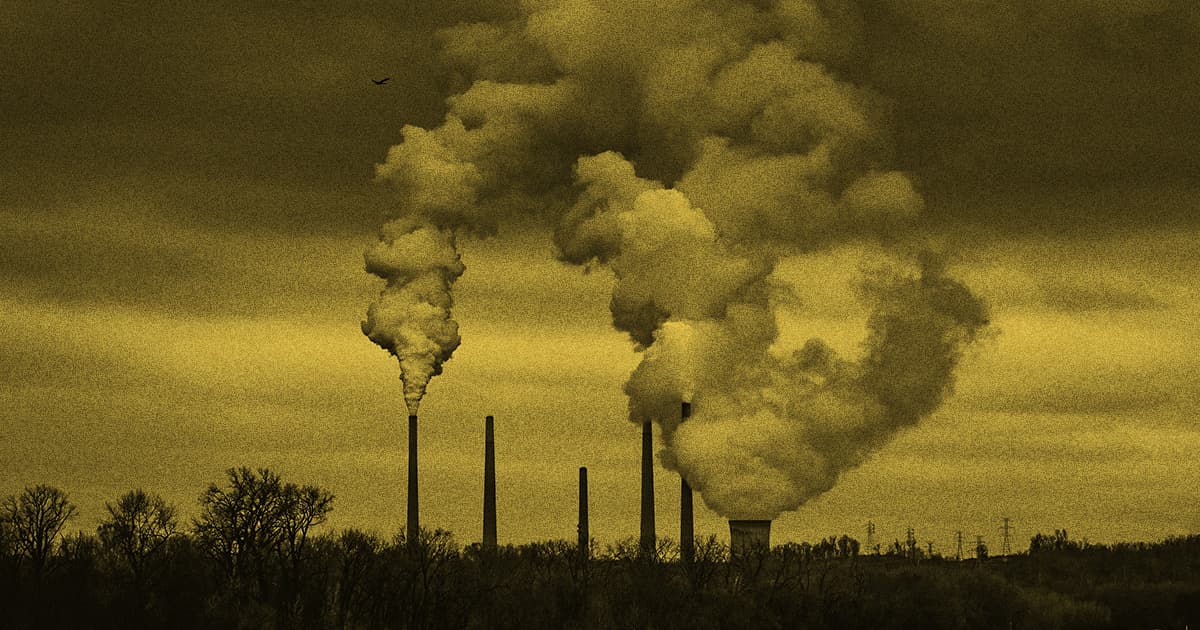 They say we need a "wartime-like crash deployment" to reverse carbon emissions.

They say we need a "wartime-like crash deployment" to reverse carbon emissions.

If we want any chance of meeting the ambitious climate goals laid out by the 2015 Paris Agreement, it's becoming increasingly clear that we'll need to find a way to actually reverse past emissions.

That's why a team of scientists from the University of California San Diego and Texas A&M University published a call to arms, Wired reports, saying that a "wartime-like crash deployment" of carbon capture technology will play a crucial part in saving us from climate change-induced devastation. Their goal, according to the paper they published in Nature Communications this month, is to start building a global network of facilities that scrub carbon dioxide right out of the air.

The team argues that a global, wartime-like approach is more realistic than the sorts of complicated models and approaches climate scientists tend to favor.

Instead, they argue, putting one to two percent of the global gross domestic product into this initiative would be enough to build 800 carbon capture plants by 2050 — enough to reverse about five percent of the world's emissions. That wouldn't be enough to fulfill the Paris Agreement, but it's a start.

Of course, there are some issues with the plan. Carbon capture is a new technology that's yet to see its primetime debut. As such, the team admits that they're not sure how much energy each facility will actually need. Plus, as with any global effort, it would likely be challenging to ensure each country pays its fair and equitable share.

"It's nice to approach things about climate change as if they're just technological problems — if we get the cost right, if we get the technology right," Louisiana State University environmental scientist Brian Snyder, who didn't work on the paper, told Wired. "But they are inherently political problems, and we've got to solve that simultaneously."

READ MORE: Is It Time for an Emergency Rollout of Carbon-Eating Machines? [Wired]