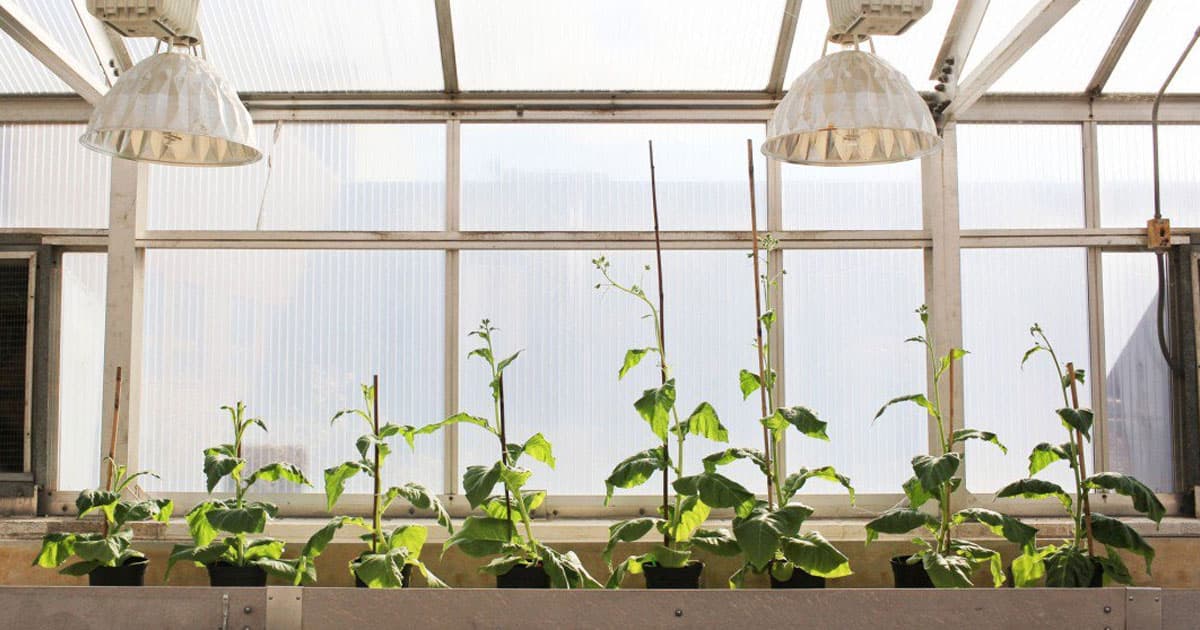 Scientists Are Gene-Hacking Plants to Make Them Enormous

In agriculture, scientists have used genetic engineering to create hardier and more nutritious crops for decades.

Now researchers are gene-hacking plants to make them gigantic — an area of research that could vastly increase food yields, according to MIT Technology Review.

A new paper in the journal Science describes work by researchers at the University of Illinois and the Department of Agriculture. They added new DNA instructions to tobacco plants in order to coax them to grow larger in response to light — changes, according to the paper, that led to yield increases of up to 40 percent.

"I was skeptical the entire way, but you can really see the difference," Paul South, a USDA biochemist who worked on the project, said in an interview with MIT Tech.

The Illinois work on making plants bigger through gene-hacking has attracted the attention of the Bill & Melinda Gates Foundation, which has contributed about $80 million to the research in hopes that it could improve global food security, according to MIT Tech.

The next step, the researchers say, is to make similar changes to the genetic code of other crops, including soybeans and cowbeans — though they caution that it could be decades before regulatory agencies clear the large plants for human consumption.

More on agriculture: Climate Change and Gene Editing Are Spurring a Tech Boom in Agriculture

Rice For All
Scientists Gene Hack Rice to Need Way Less Fertilizer and Boost Yields
8. 1. 22
Read More
Big Fellas
George Church Has Raised $15M to Bring an Elephant-Mammoth Hybrid to Life. Could It Actually Work?
9. 13. 21
Read More
Pig Heaven
Assault Rifles Won't Solve Your Feral Hog Problem, Say Scientists
8. 7. 19
Read More
+Social+Newsletter
TopicsAbout UsContact Us
Copyright ©, Camden Media Inc All Rights Reserved. See our User Agreement, Privacy Policy and Data Use Policy. The material on this site may not be reproduced, distributed, transmitted, cached or otherwise used, except with prior written permission of Futurism. Articles may contain affiliate links which enable us to share in the revenue of any purchases made.
Fonts by Typekit and Monotype.