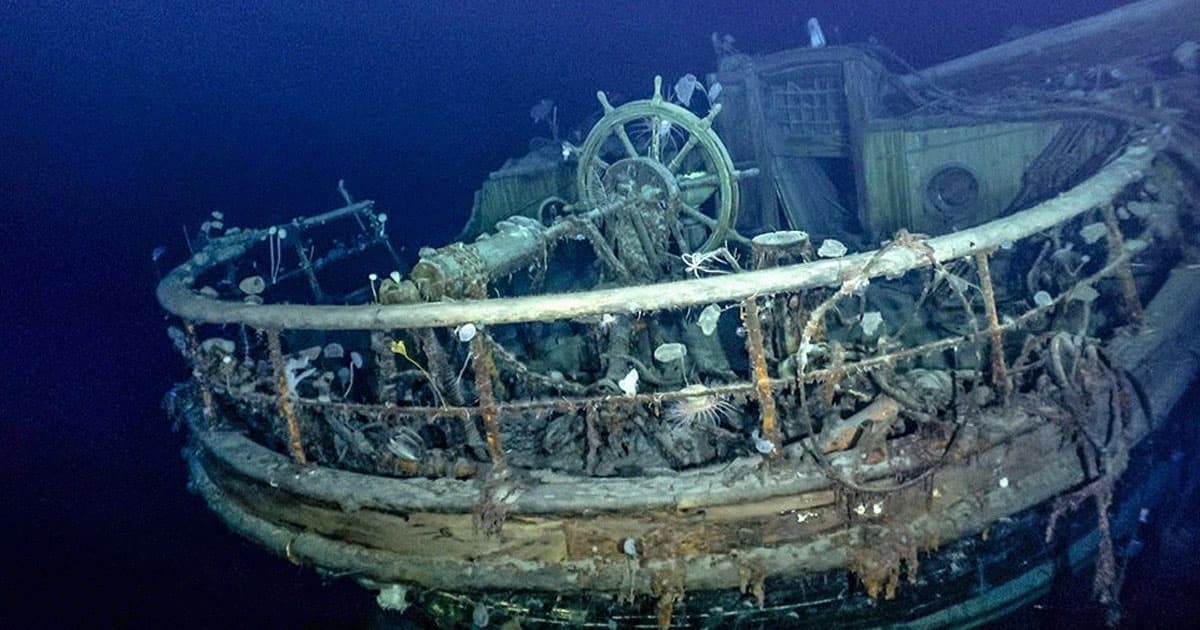 The wreck of Endurance, the famed historic ship that sank in the Antarctic during an expedition by explorer Ernest Shackleton 106 years ago, has been found.

The ship was uncovered by Endurance22, an expedition team of marine archeologists and scientists, according to a press release from the group. The group spotted the wreck after two weeks of searching the bottom of the Weddell Sea in the Antarctic using an undersea drone.

"We have made polar history with the discovery of Endurance and successfully completed the world’s most challenging shipwreck search," Dr. John Shears, the expedition’s leader, said in the release. "In addition, we have undertaken important scientific research in a part of the world that directly affects the global climate and environment."

Endurance was a 144-foot, three-masted ship made of wood that went down in 1915 during Shackleton’s expedition. While the explorer and his party had planned to be the first humans to cross Antarctica, their goals were disrupted when Endurance became stuck in the Weddell’s notoriously thick ice.

The team abandoned the ship after it became clear that it would sink due to being crushed by the ice. Shackleton then heroically led the party to survival, eventually rowing a whaleboat 800 miles to the island of South Georgia.

Initial images of the ship show that it’s in pretty good shape considering it’s been 10,000 feet under icy seas for more than a century. Photographs include an image of the stern emblazoned with the name "ENDURANCE" above a five-pointed star, along with the ship’s wheel on its rear deck.

Interestingly, the ship is officially considered a historical monument under the terms of the Antarctic Treaty, an agreement signed by twelve countries including the US regulating the area in and around Antarctica. As such, the undersea drones didn’t touch the ship.

That's a good thing, too, considering how famed shipwrecks like the Titanic are being destroyed due to human interference.

READ MORE: At the Bottom of an Icy Sea, One of History’s Great Wrecks Is Found [The New York Times]