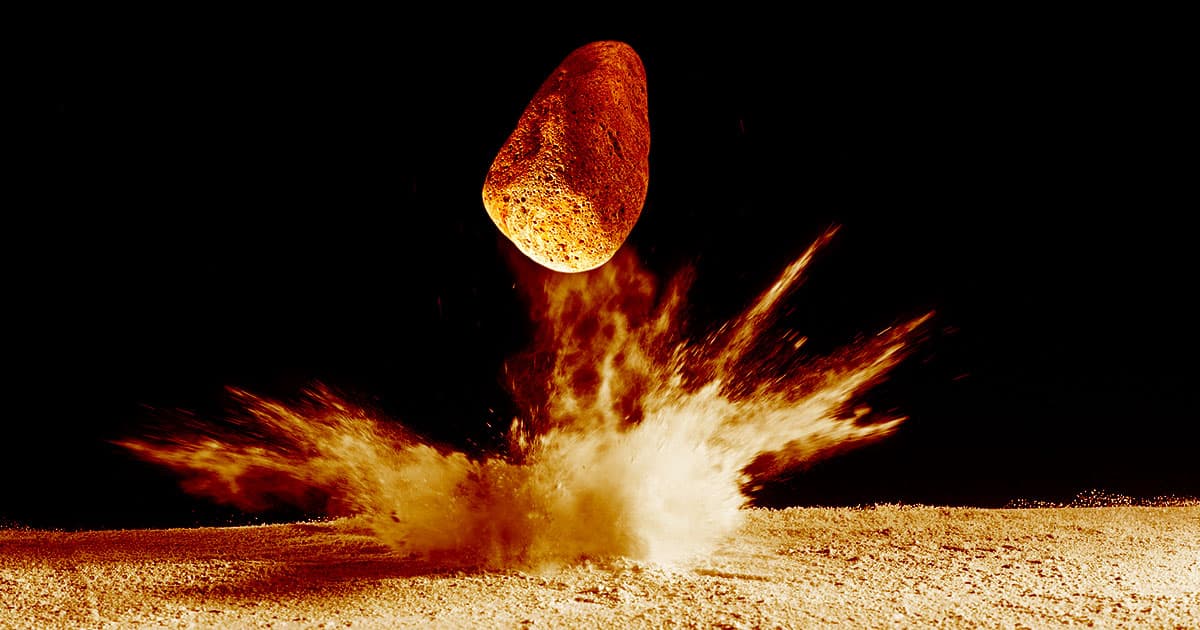 The building blocks of life may have come from outer space.

The building blocks of life may have come from outer space.

Scientists have discovered the building blocks of DNA in meteorites that landed in North America and Australia, Reuters reports, suggesting that the basic ingredients for life may have originated in outer space.

Until now, scientists had detected three of the five basic chemicals that make up DNA and RNA. But in a new study published in the journal Nature Communications, a team of researchers led by Yasuhiro Oba, an astrochemist at Hokkaido University in Japan, detail their latest discovery: the two missing puzzle pieces.

The two nucleobases, purine and pyrimidine, were discovered in meteorites that fell in Canada, the US, and Australia between 1950 and 2000.

The research could change the way we understand the early processes that allowed life to form on our planet not long after the formation of the solar system.

"This study demonstrates that a diversity of meteoritic nucleobases could serve as building blocks of DNA and RNA on the early Earth," the study reads.

While both DNA and RNA technically contain enough information to lead to the formation of living organisms, we still don't have a clear picture of how life first formed billions of years ago.

"There is still much to learn about the chemical steps that led to the origin of life on Earth — the first self-replicating system," Danny Glavin, a NASA scientist and co-author of the study, told Reuters. "This research certainly adds to the list of chemical compounds that would have been present in the early Earth's prebiotic [existing before the emergence of life] soup."

Other components, beyond the five nucleobases, are also needed for life to form, including amino acids, sugars, and fatty acids. But the discovery is a fascinating new clue nonetheless.

"The present results may not directly elucidate the origin of life on the Earth," Oba told Reuters, "but I believe that they can improve our understanding of the inventory of organic molecules on the early Earth before the onset of life."

This Summer: The First Ever DNA Sequencing in Micro-Gravity
6. 6. 16
Read More
Giant Solar Storms May Have Fueled the Evolution of Life on Earth
5. 26. 16
Read More
Hey Elli
New York State Buys Robots for Lonely Elders
8:51 PM
Read More
+Social+Newsletter
TopicsAbout UsContact Us
Copyright ©, Camden Media Inc All Rights Reserved. See our User Agreement, Privacy Policy and Data Use Policy. The material on this site may not be reproduced, distributed, transmitted, cached or otherwise used, except with prior written permission of Futurism. Fonts by Typekit and Monotype.