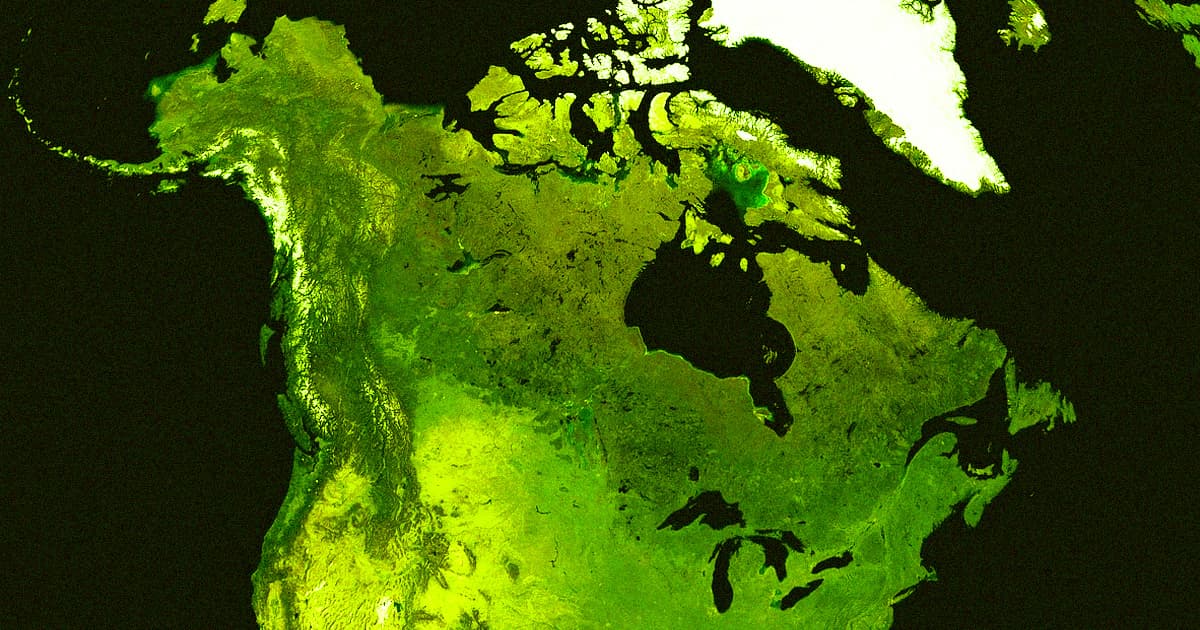 A team of scientists discovered an ancient tectonic plate that used to be part of the crust beneath northern Canada.

The existence of the plate, which has the ominous name "Resurrection," has been theorized previously. But it's remained a touchy subject among geologists, Live Science reports, with many disputing its existence. Now, though, new research lends more evidence for the former plate, and attributes several volcanoes' existence to turbulent activity along its borders.

Resurrection and all of its tectonic plate neighbors are long gone, gobbled up and recycled by the Earth's mantle. Scientists accepted the existence of two other plates, Live Science reports, but vast areas of magma in the area suggested more volcanic activity than expected and led some to suspect there was a third — now known as Resurrection — that they hadn't accounted for.

To discover Resurrection, the University of Houston scientists turned back time in a computer model, virtually lifting it and its neighbors out of the Earths' mantle, according to research published Monday in the journal GeoScienceWorld Bulletin — and found that it fit existing geologic records near Alaska and Washington pretty well.

Fitting Resurrection into our geologic history is more important than merely piecing together the past, Live Science reports. It also helps scientists understand how our planet will change in the future.

"Volcanoes also affect climate change," lead author Jonny Wu said in a press release. "So, when you are trying to model the Earth and understand how climate has changed... you really want to know how many volcanoes there have been on Earth."

More on tectonics: Experts Predict What Earth's Next Supercontinent Will Look Like