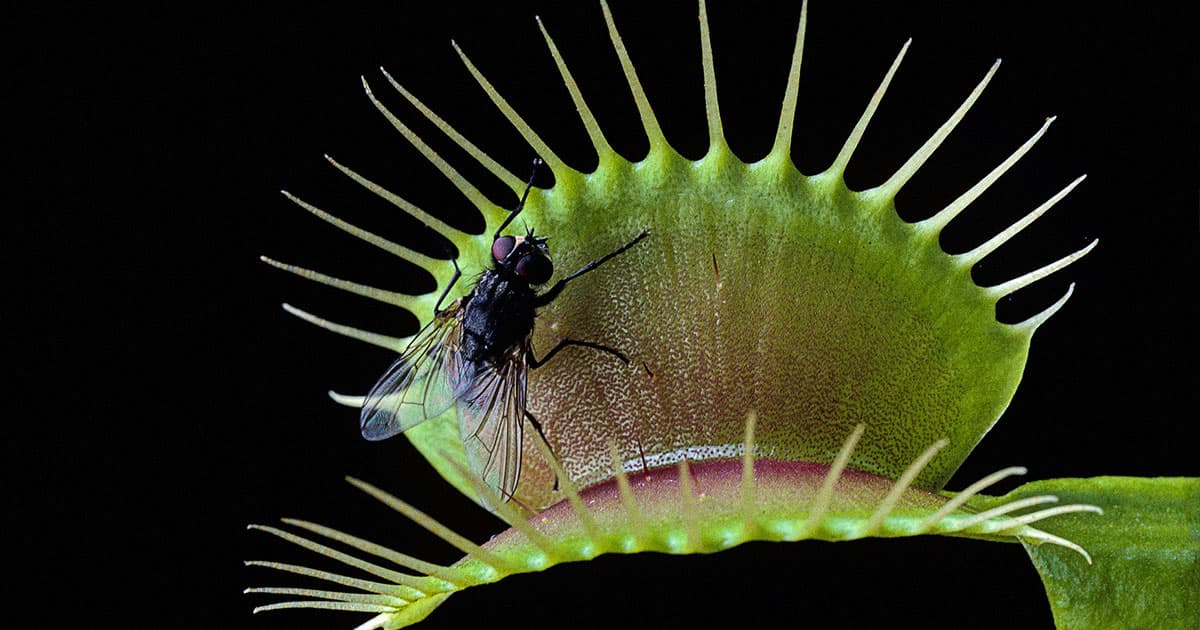 A team of scientists successfully took control over a Venus Flytrap, a type of cultivated carnivorous plant, by implanting a tiny microchip in it.

This "artificial neutron" was able to force the plants to open and close — conventionally a way for them to devour its prey — mimicking the brain's methods of processing and transferring information.

"The human brain is one of the most advanced computers ever made," Simone Fabiano, an associate professor at Linköping University in Sweden and senior author of a new study published in the journal Nature, told Cosmos.

"It has a massive amount of memory and is excellent at processing information and making decisions while consuming very little energy," he argued. "On the contrary, man-made supercomputers are bulky and consume a lot of energy."

The team's artificial neurons mimic biological ones by spiking the concentration of ions in an organic electrochemical transistor.

That approach comes with a number of advantages, they say, including substantial energy savings over conventional silicon-based circuitry.

The researchers' neurons fired electrical currents inside the cells of Venus Flytraps to trigger the plants' natural reflexes and force them to snap shut.

Outside of flesh-eating plants, such tech could have a vast number of other uses as well, from implantable medical devices to intelligent soft robotics.

"Neurons, together with synapses, are the building blocks of our brain," Fabiano told Cosmos. "“Being able to mimic the functioning of biological neurons with electronic devices could enable the development of artificial intelligence technologies."

It's a small step in the direction of fully simulating "the efficiency of our brain," she explained, "but I believe we are on the right track to demonstrate printed, small-scale artificial neural networks."

Mini-Brain in the Cell Membrane
This Startup's Computer Chips Are Powered by Human Neurons
4. 1. 20
Read More
Lunar RGB
NASA Shows Off Artemis "Party Mode," Powered by Amazon (TM) Alexa (TM)
Yesterday
Read More
Lost Salt
FTX’s Worst Sin: It Owes an Immense Bill to Jimmy Buffett’s Margaritaville
Yesterday
Read More
+Social+Newsletter
TopicsAbout UsContact Us
Copyright ©, Camden Media Inc All Rights Reserved. See our User Agreement, Privacy Policy and Data Use Policy. The material on this site may not be reproduced, distributed, transmitted, cached or otherwise used, except with prior written permission of Futurism. Articles may contain affiliate links which enable us to share in the revenue of any purchases made.
Fonts by Typekit and Monotype.