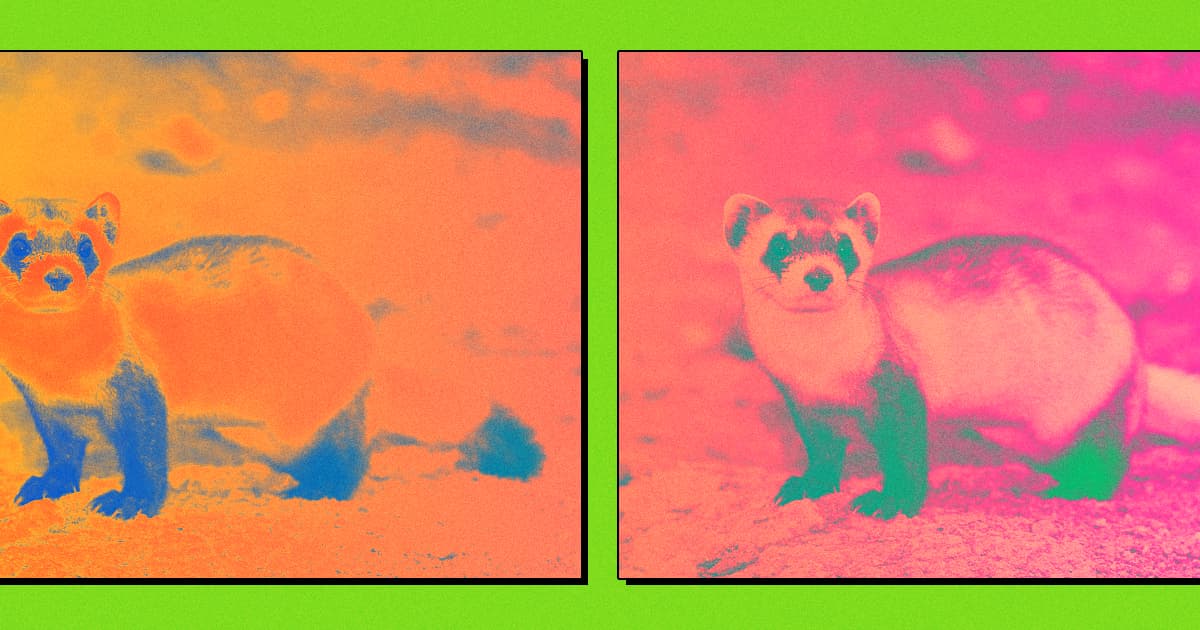 Meet Elizabeth Ann, a black-footed ferret cloned from an animal that died 30 years ago.

Meet Elizabeth Ann, a black-footed ferret cloned from an animal that died 30 years ago.

For the first time, scientists cloned an organism on the United States' list of endangered species: a black-footed ferret that they've named Elizabeth Ann.

Elizabeth Ann was born on December 10 and, as far as the Fish and Wildlife Service scientists raising her can tell, is a perfectly healthy and lively young critter, The Associated Press reports. The tentative success story, a first for conservationists, suggests that cloning could serve as a way to help breathe life into species that are on the brink of total extinction.

JUST IN: Scientists have cloned the first U.S. endangered species, a black-footed ferret duplicated from the genes of an animal that died over 30 years ago. https://t.co/xmkAAP7Yiw

Cloning technology isn't new by any means, but recent advances are making it a viable tool for conservationists rather than a scientific oddity.

In this case, scientists at the Fish and Wildlife Service as well as the conservation organization Revive & Restore used the genes from a ferret that died 30 years ago to clone Elizabeth Ann, according to the AP. And while the ferret's mother is tame, Elizabeth Ann behaves like a wild animal, making it possible for her to survive outside of a lab.

"How can we actually apply some of those advances in science for conservation? Because conservation needs more tools in the toolbox," Ryan Phelan, co-founder and executive director of Revive & Restore told the AP. "That's our whole motivation. Cloning is just one of the tools."

Elizabeth Ann's birth was the result of a seven-year effort, according to the AP. Her birth and survival offer a new opportunity to revive a species that was actually thought to be entirely extinct due to loss of habitat until the early 1980s.

But cloning won't be without its challenges. All black-footed ferrets alive today come from just seven ancestors, and their genetic similarity makes them prone to disease. Unfortunately, cloning technology can replicate those ferrets, but it can't yet introduce the sort of variability that will give them a better shot in the wild.

Meet Garlic
Chinese Firm Wants to Give Cloned Pets the Original's "Memories"
8. 23. 19
Read More
Experts Answer: Should You Be Allowed to Create Your Own Clone?
1. 31. 18
Read More
Scientists Just Cloned Monkeys. Humans Could Be Next.
1. 24. 18
Read More
+Social+Newsletter
TopicsAbout UsContact Us
Copyright ©, Camden Media Inc All Rights Reserved. See our User Agreement, Privacy Policy and Data Use Policy. The material on this site may not be reproduced, distributed, transmitted, cached or otherwise used, except with prior written permission of Futurism. Articles may contain affiliate links which enable us to share in the revenue of any purchases made.
Fonts by Typekit and Monotype.