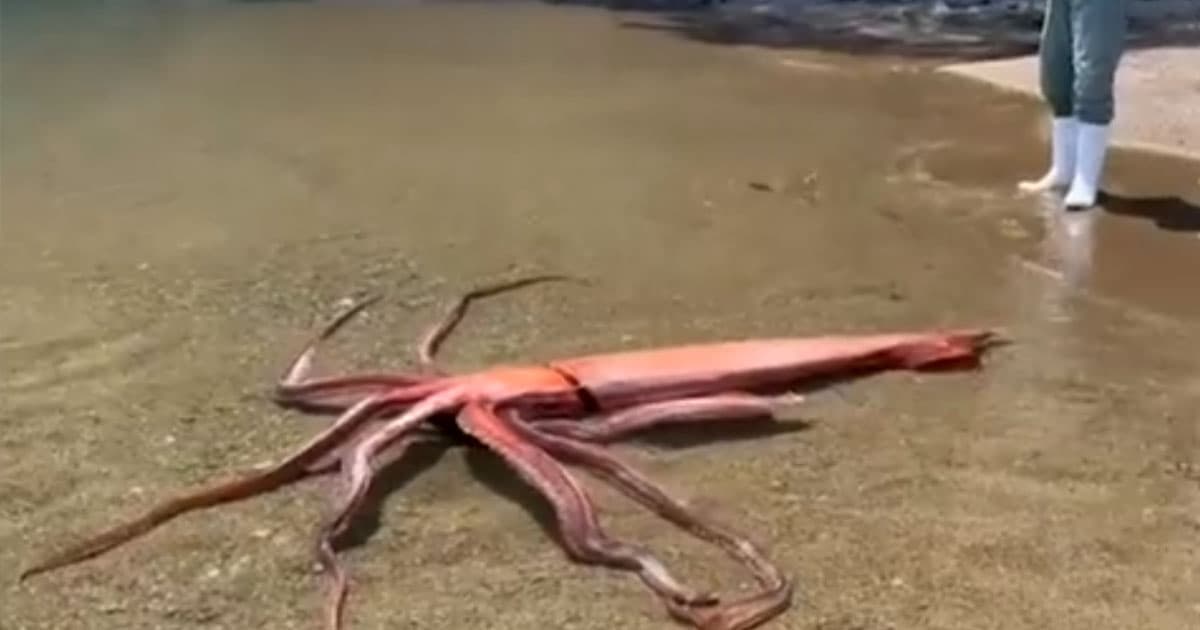 A massive ten foot giant squid washed ashore in western Japan, giving an ultra-rare glimpse of one of the biggest cephalopods known to lurk the deep sea — and likely the first time a live specimen has ever taken into captivity.

According to Japanese newspaper The Mainichi, the squid was miraculously found alive despite being a long way from home. It has since been transported to a local Aquarium in the nearby city of Sakai.

A video shared by Agence France-Presse shows the massive creature in a shallow pool, stretching out its massive tentacled arms.

It’s unclear if the squid is still alive — but given environmental factors, it’s not looking likely.

A giant squid 3.35 metres in length has been found alive on a shore in western Japan.
Giant squid live in the deep sea, and is unusual for one to be washed ashore alive. The squid has now been transported to an aquarium pic.twitter.com/FGdc23MBjI

Deep sea research vessels have made several sightings of giant squids in the past. Last year, a camera platform dubbed “Medusa” recorded amazing footage of the elusive giants.

The National Oceanic and Atmospheric Administration (NOAA) also managed to get footage of a juvenile giant back in 2019. The agency estimates it was anywhere between ten to 12 feet long.

There’s a lot we don’t know about the species. We still aren’t entirely sure where they roam, but carcasses have been found in all of the Earth’s oceans, according to National Geographic.

They are also believed to have the largest eyes in the entire animal kingdom, measuring ten inches across, which allow them to see even in the darkest environments, many miles below the ocean’s surface.

The largest squid to have ever been recorded by scientists measured almost 43 feet, according to The Smithsonian. One corpse discovered in 1887 may have even been nearly sixty feet long.

Giant squids still fascinate scientists to this day. Sightings are still incredibly rare — but, of course, that’s just part of the appeal.