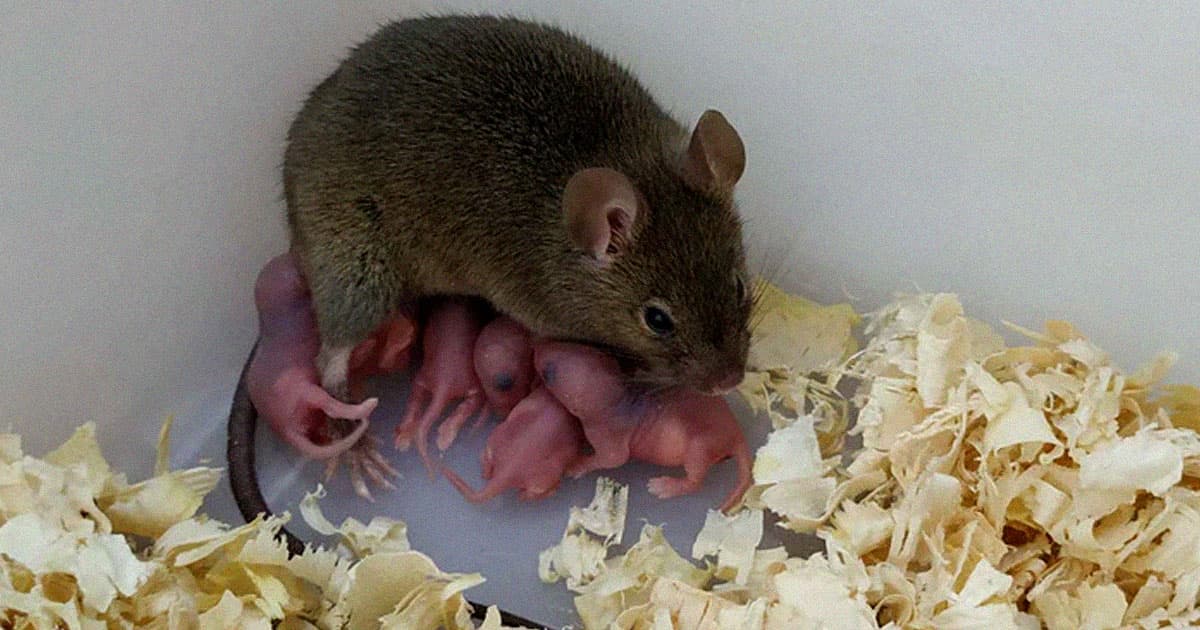 Scientists have gene hacked a mouse to give birth to a litter of baby mice — all without needing a father.

No, this isn’t a story from a "Redwall"-style Bible. It’s just the latest example of parthenogenesis, a term used to describe reproduction from unfertilized eggs.

A group of researchers were able to alter the genes of unfertilized mice embryos so that they could create offspring without male sperm, according to a study published in the journal Proceedings of the National Academy of Sciences.

The team then transferred the embryos to female mice that gave birth to litters. The scientists successfully raised one of the parthenogenetic mice to adulthood, and the creature reproduced with another mouse to create more offspring — creating a weird murine proof of concept, in other words, for a radically altered model of reproduction.

While seemingly miraculous, parthenogenesis frequently occurs in nature, with some species of frogs and salamanders being able to reproduce without males a la "Jurassic Park."

However, there have been no known instances of the phenomenon occurring with mammals in the wild. The scientists now hope that work can be built off to creating new infertility treatments as well as "opportunities in agriculture, research, and medicine," the study said.

Keep in mind that this is still fairly new research. The team was only able to raise one of the mice to adulthood, after all. And they still don’t fully understand how exactly the gene hacking might have impacted the baby mice.

But it does offer a pretty cool step forward in research behind parthenogenesis and its potential for human virgin births — or at least, one that isn’t in the Bible.

More on biblical miracles: The Science Behind an Anaconda’s “Virgin Birth”

Researchers Use Genetics and Electromagnetism to Control the Movements of Mice
8. 17. 17
Read More
Shark Undergoes World's First Switch from Sexual to Asexual Reproduction
1. 18. 17
Read More
Mutant Mice: How CRISPR Can Put Genetically Modified Organisms Within Everyone's Reach
11. 10. 16
Read More
+Social+Newsletter
TopicsAbout UsContact Us
Copyright ©, Camden Media Inc All Rights Reserved. See our User Agreement, Privacy Policy and Data Use Policy. The material on this site may not be reproduced, distributed, transmitted, cached or otherwise used, except with prior written permission of Futurism. Articles may contain affiliate links which enable us to share in the revenue of any purchases made.
Fonts by Typekit and Monotype.