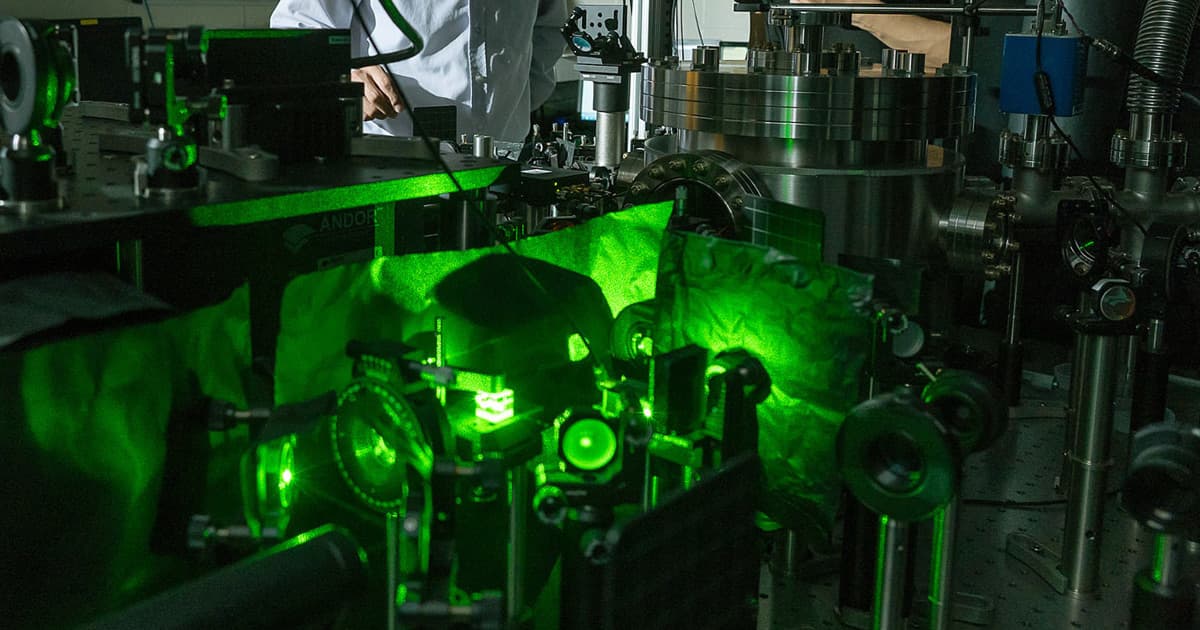 And it could help unlock the mysteries of "nothingness."

And it could help unlock the mysteries of "nothingness."

Scientists from Purdue University have broken their own record for building the world's fastest-spinning object.

In 2018, the team built a tiny machine capable of completing 60 billion revolutions per minute. Their latest creation rotates five times faster — and they say it could improve our scientific understanding of "nothingness."

For their study, which was recently published in the journal Nature Nanotechnology, the researchers created a silica nanoparticle that looks like two tiny spheres pushed together.

Using a laser, they levitated the nanoparticle in a vacuum, a space completely devoid of matter. Finally, they used another laser to spin the nanoparticle, reaching a staggering top speed of 300 billion revolutions per minute.

As pointed out in a Purdue press release, that's about 500,000 times faster than a dentist's drill.

The fun of setting a new world record for fastest-spinning object aside, the Purdue team believes their creation could improve scientist's understanding of the "nothingness" within a vacuum.

While vacuums are devoid of matter, scientists theorize that quantum particles within them still interact with objects. As it rotates, the team's nanoparticle can detect and measure the effects of those quantum particles — potentially yielding new insights into how the quantum world interacts with the physical one defined by classical physics.

More on nanotech: The World’s Smallest Engine Is the Same Size as a Single Ion

Scientists May Finally Have a Way to Detect the Strangest Objects in Physics
4. 28. 17
Read More
She's So High
We're in Awe of this Absolutely Deranged "Nuclear-Powered Sky Hotel"
2:48 PM
Read More
Tick Tock
Stranded Oil Tanker That Could Start Leaking Any Time Now, Experts Warn
2:44 PM
Read More
+Social+Newsletter
TopicsAbout UsContact Us
Copyright ©, Camden Media Inc All Rights Reserved. See our User Agreement, Privacy Policy and Data Use Policy. The material on this site may not be reproduced, distributed, transmitted, cached or otherwise used, except with prior written permission of Futurism. Fonts by Typekit and Monotype.