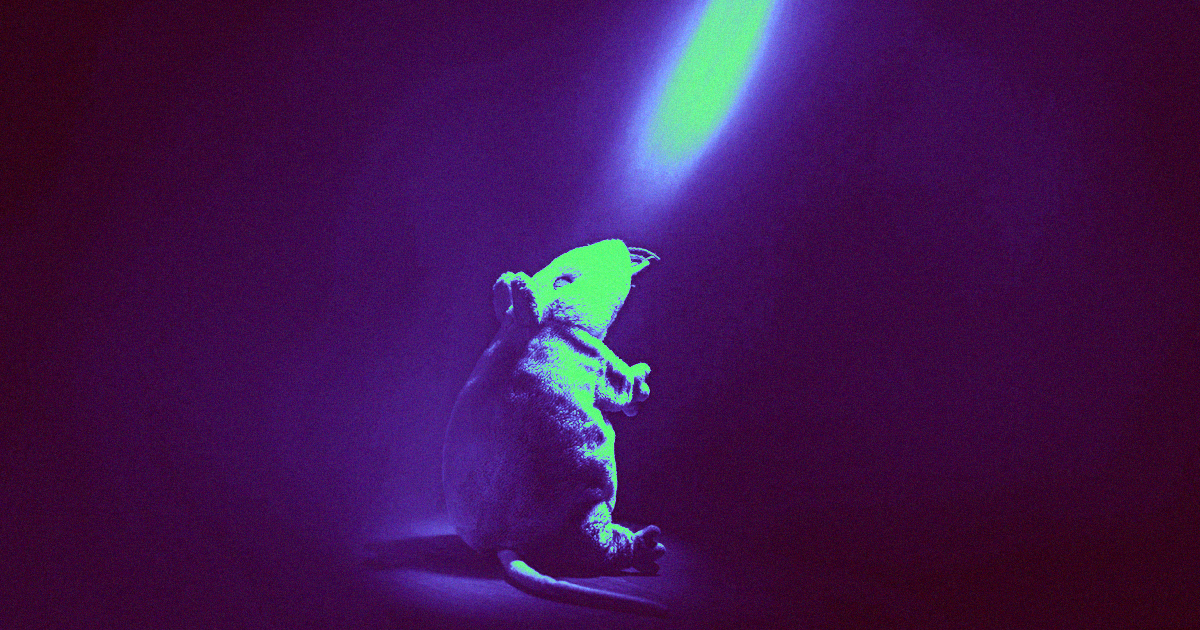 Scientists Reversed Rats' Alcoholism by Firing Lasers at Their Brains

The researchers likened the addiction-suppressing effect to the "flip of a switch."

The researchers likened the addiction-suppressing effect to the "flip of a switch."

Scientists at Scripps Research say they've found a way to reverse rats' dependent on alcohol by blasting particular neurons in their brains with laser beams — a change they likened to the "flip of a switch."

"What is so exciting about these findings is that we were able to control the motivation to drink alcohol in severely dependent individuals with the flip of a switch," said Scripps professor Olivier George, told Digital Trends. "By implanting fiber optics deep in the brain and turning on a laser that inhibits these neurons specifically we could dramatically decrease alcohol drinking and the physical symptoms of withdrawal."

Don't get too excited about the prospect of a new human treatment stemming from the research, which was recently published in the journal Nature Communications. Though the Scripps researchers are hopeful about the future of the work, they cautioned that it could take decades until the tech is ready for testing on people.

"This work requires the use of cutting-edge technologies that are not approved to be used in humans yet so it may take 15 to 30 years before we see alcoholics with brain implants that help them control their craving," George told Digital Trends.

READ MORE: Scientists have a way to turn off alcoholism: Blasting the brain with lasers [Digital Trends]

More on addiction: We’re Getting Closer to Vaccines to Combat Drug Addiction

Shots Fired
First Drug Execs Charged for Role In Opioid Epidemic
4. 24. 19
Read More
Cheers!
“Fake Alcohol” That Gets You Buzzed but Never Drunk Is on the Way
3. 26. 19
Read More
A Scottish Clinic Will Now Treat "Cryptocurrency Addiction"
5. 29. 18
Read More
+Social+Newsletter
TopicsAbout UsContact Us
Copyright ©, Camden Media Inc All Rights Reserved. See our User Agreement, Privacy Policy and Data Use Policy. The material on this site may not be reproduced, distributed, transmitted, cached or otherwise used, except with prior written permission of Futurism. Fonts by Typekit and Monotype.