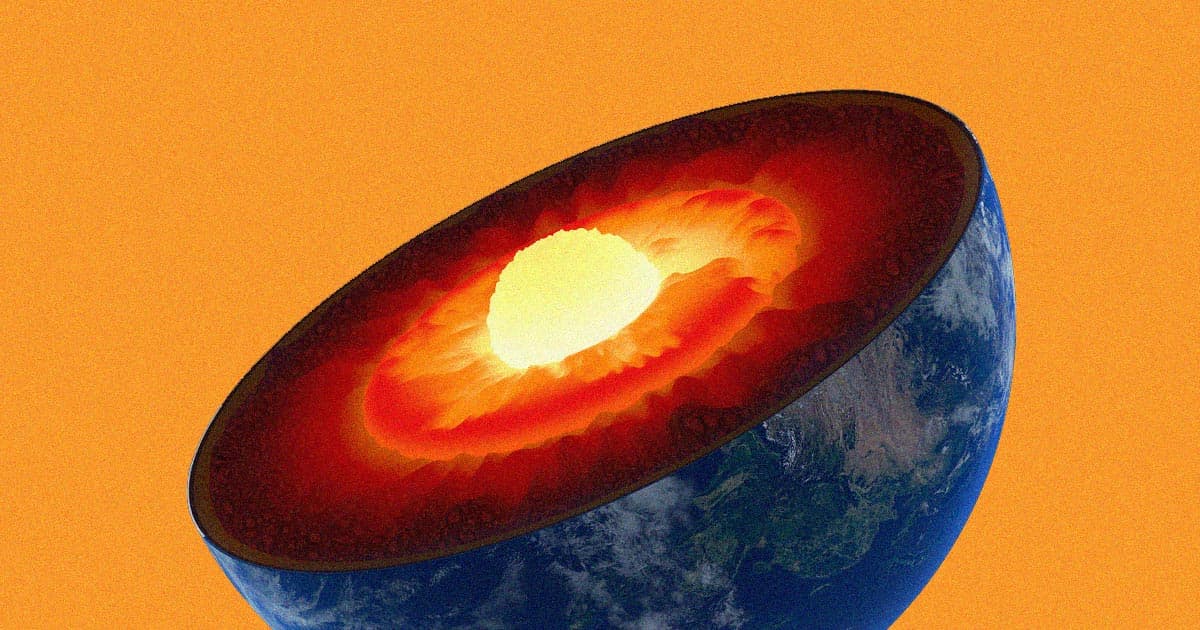 What's going on down there?

What's going on down there?

A team from the University of Cambridge has created the first-ever detailed map of the mysterious layer of rocks forming the boundary between the Earth's core and the mantle, a thick layer of solid rock that's hot enough to slowly pass convection currents to the surface.

It's a scientific breakthrough that could give us a rare glimpse of what's lurking deep beneath the surface — and maybe even an answer as to why some areas, like the rock found deep below the Hawaiian islands, cause earthquake waves to "slow to a crawl."

"Of all Earth's deep interior features, these are the most fascinating and complex," said Zhi Li, student at Cambridge's Department of Earth Sciences and lead author of a new paper published in the journal Nature Communications this week, in a statement.

"We've now got the first solid evidence to show their internal structure — it's a real milestone in deep earth seismology," Li added.

Typically, researchers study the Earth's interior topography using seismic waves from earthquakes. But these signals can quickly become messy and hard to interpret.

Now, thanks to cutting-edge computer modeling, Li and colleagues were able to uncover kilometer-scale structures at the boundary between our planet's core and mantle.

They found that the speed of seismic waves slowed by 40 percent while passing below Hawaii, supporting theories that the area is more iron rich than surrounding areas, making it more dense and sluggish.

"It's possible that this iron-rich material is a remnant of ancient rocks from Earth's early history or even that iron might be leaking from the core by an unknown means," said project lead Sanne Cottaar, seismologist at Cambridge Earth Sciences, in the statement.

These iron-rich regions could also help explain all the volcanic activity occurring on the surface in areas like the Hawaiian islands.

In short, our planet's interior is full of surprises and far more variable than we thought.

The team is now looking to get an even higher resolution look at other core-mantle pockets of rock and uncover new clues about our planet's evolution.

Yes, Some Predict Twice As Many Earthquakes in 2018. No, You Shouldn't Worry.
1. 11. 18
Read More
An Earthquake Early Warning System is Coming to the West Coast
9. 25. 17
Read More
Report Suggests a Massive Quake is Imminent in California...or Maybe Not
10. 4. 16
Read More
+Social+Newsletter
TopicsAbout UsContact Us
Copyright ©, Camden Media Inc All Rights Reserved. See our User Agreement, Privacy Policy and Data Use Policy. The material on this site may not be reproduced, distributed, transmitted, cached or otherwise used, except with prior written permission of Futurism. Articles may contain affiliate links which enable us to share in the revenue of any purchases made.
Fonts by Typekit and Monotype.