Yes, Some Predict Twice As Many Earthquakes in 2018. No, You Shouldn't Worry.

Despite a recent report, it's not time to panic. 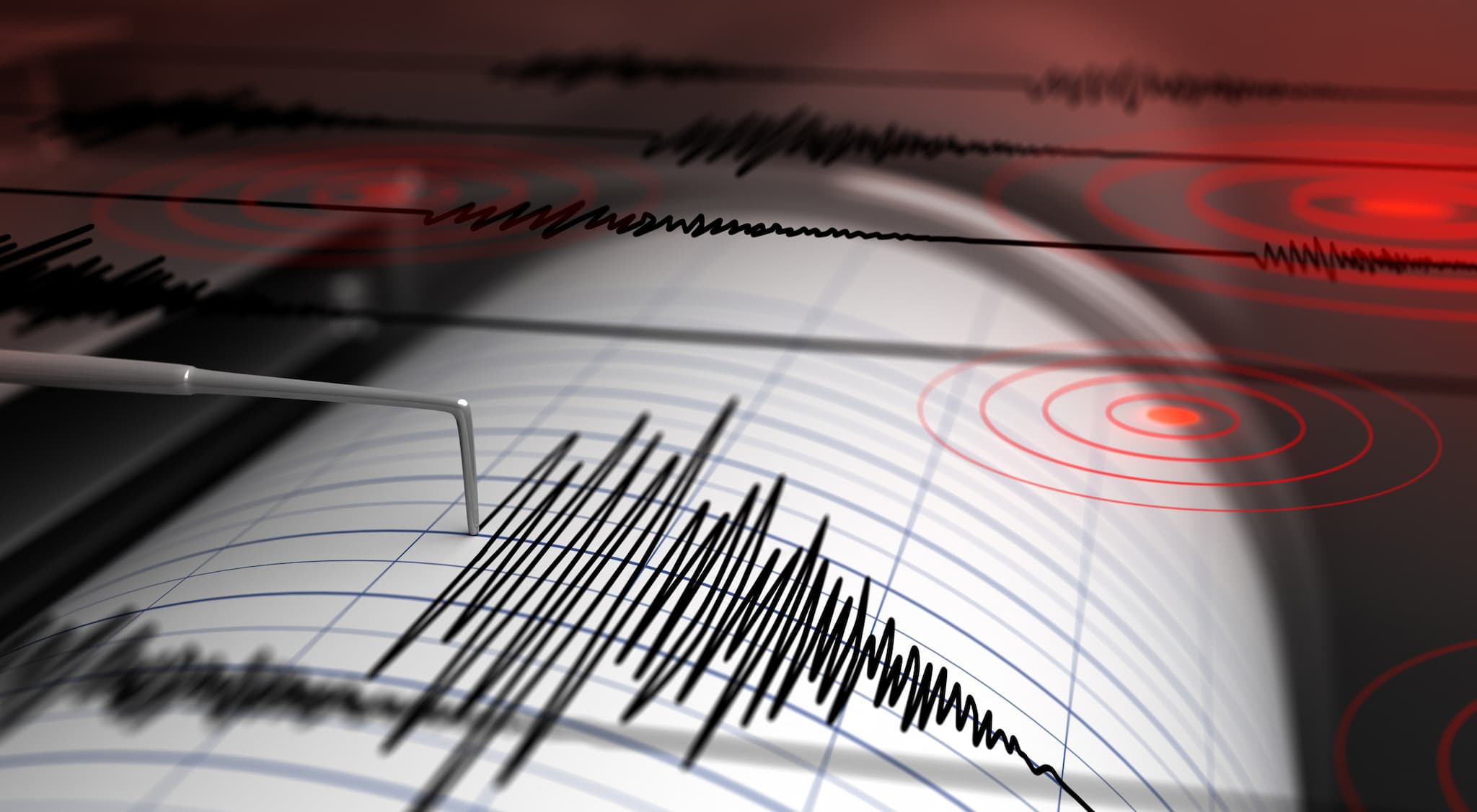 In October 2017, University of Colorado Boulder professor Roger Bilham presented the findings of a study, conducted alongside his University of Montana colleague Rebecca Bendick, that suggested that we could potentially see the amount of earthquakes magnitude 7.0 or above double between 2017 and 2018. However, this isn't the disaster scenario it might seem to be on the surface.

Bilham and Bendick came to this conclusion by looking at global earthquake records from the past century. They observed a cycle pertaining to earthquakes of magnitude 7.0 and above that spanned just over thirty years, as well as evidence of a connection to the rate of the Earth's rotation.

Based on this information, Bilham and Bendick proposed that when the Earth rotates more slowly, this causes a contraction that shrinks the equator, which in turn forces the edges of tectonic plates to be compressed against one another. They theorized that this could explain the increased number of large earthquakes.

However, this isn't to say that we're in for an onslaught of destructive earthquakes in 2018 and beyond. As Bendick told the Washington Post, the study isn't about making predictions; it's about assessing probabilities.

"Correlation does not connote causality is the old saying," Kenneth Hudnut, a science advisor for risk reduction with the U.S. Geological Survey, explained to Futurism. "Just because you have a correlation does not mean that there's a cause and effect relationship."

We may well see an increase in the amount of magnitude 7.0 and above earthquakes take place in 2018 over 2017 – but even if this scenario does come to pass, we can't yet take it as concrete evidence that the theory holds up. What's more, while Bendick and Bilham did publish work on the topic in August 2017, the paper at the center of recent reports is yet to be published or peer-reviewed.

Hudnut describes Bendick and Bilham as "responsible scientists" who have been doing their best to ensure that their results are communicated clearly to the public. Unfortunately, it seems that the message has been exaggerated along the way.

The fact is that Bendick and Bilham's work is a matter of recognizing patterns in historical earthquake records and projecting how they could recur in the future. Predicting seismic events definitively is very difficult, if not impossible.

There's a natural level of variability to the amount of earthquakes we see in any given year. Hudnut recalls that during an apparent increase in activity during 2010 and 2011, his colleagues in earthquake statistics came to the conclusion that there were no statistically significant changes, just evidence that the rate typically fluctuates from one year to another.

"What we know for sure is that earthquakes may strike at any time," said Michael Blanpied, associate coordinator of the U.S. Geological Survey's earthquake hazards program, in an email to Futurism. "If it turns out that the likelihood of large earthquakes does vary with time in a predictable way, that will certainly not eliminate the potential for damaging earthquakes to strike in any year; in other words, the risk – even if it varies – will never be zero."

"I think it would be difficult to have any kind of effective earthquake forecast or prediction that would help emergency managers significantly in how they handle earthquakes," added Hudnut. "It's different than long-range forecasting of weather systems which can be seen by satellites."

Hudnut explained that new satellite technology is having a tangible effect on our ability to forecast things like hurricanes, tropical cyclones, and atmospheric rivers – but since all of this activity takes place above ground, it's easier to observe. That's not the case when it comes to earthquakes.

However, research into operational earthquake forecasting is advancing, and there's progress being made when it comes to aftershocks. While there's still a long way to go, this kind of practice could help authorities administer the necessary resources to respond to an event.

Read This Next
Futurism
An Earthquake Early Warning System is Coming to the West Coast
Futurism
Report Suggests a Massive Quake is Imminent in California...or Maybe Not
Futurism
New Photos From Space Show How Fracking Is Reshaping the Earth's Surface
More on Earth & Energy
Big Boi
Yesterday on the byte
Tragic News: That Viral Giant Frog Video Is Edited to Make Him Look Huge
Worm Solutions
Wednesday on the byte
Scientists Intrigued by Worms That Break Down Plastic Really Fast
Arrested Development
Wednesday on the byte
Climate Activist Conducts Interview While Being Carried Away by Police
READ MORE STORIES ABOUT / Earth & Energy
Keep up.
Subscribe to our daily newsletter to keep in touch with the subjects shaping our future.
+Social+Newsletter
TopicsAbout UsContact Us
Copyright ©, Camden Media Inc All Rights Reserved. See our User Agreement, Privacy Policy and Data Use Policy. The material on this site may not be reproduced, distributed, transmitted, cached or otherwise used, except with prior written permission of Futurism. Articles may contain affiliate links which enable us to share in the revenue of any purchases made.
Fonts by Typekit and Monotype.