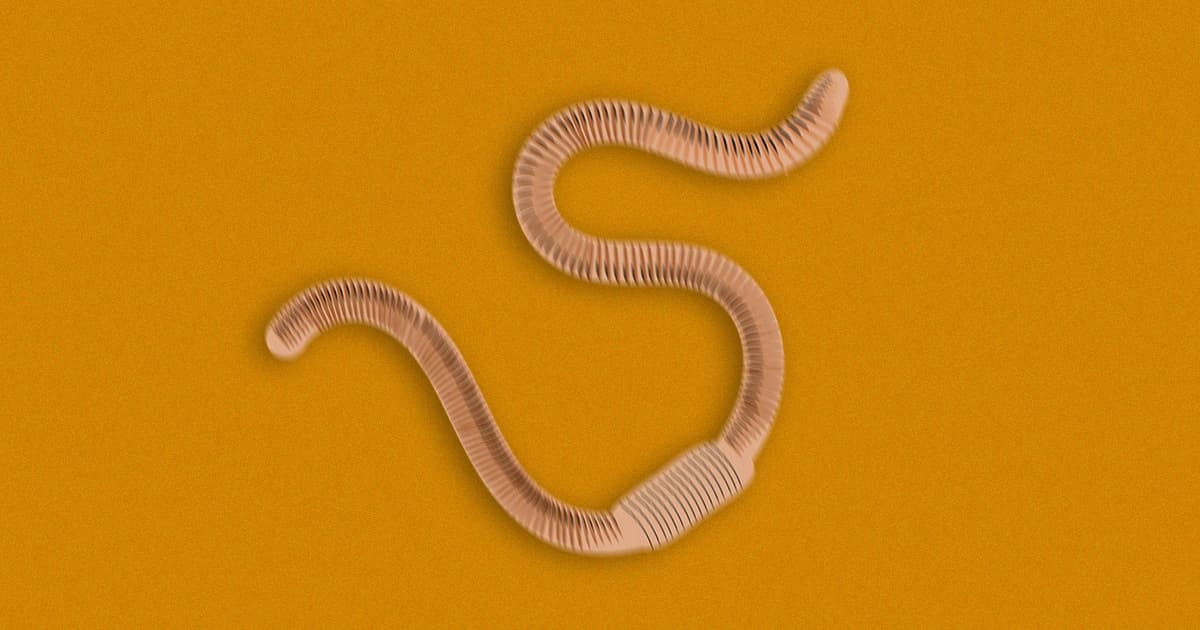 Scientist: Please Stop Laughing at My Research About Placing Earthworms on Loudspeakers

A physicist from the Swinburne University of Technology has an important message: His research on vibrating earthworms is not a joke.

Ivan Maksymov's experiment with coauthor Andrey Pototsky, which was published in the journal Scientific Reports in May, shows that when sedated and placed on a loudspeaker, the surface of an earthworm will vibrate. For their trouble, they were awarded an Ig Nobel, an award that pokes fun at bizarre scientific studies. But now, Maksymov is speaking out in a new The Conversation essay in which he argues that his work could be the key to seamless brain-computer interfaces.

The study is based on the existing hypothesis that nerve impulses given off by our brain cells travel not only as electrochemical signals but as inaudible sound waves.

The scientists, Maksymov wrote in the Conversation, weren't just bass-boosting worms to watch them bounce, but rather were measuring how sound generates Faraday waves on a worm's body — the same kind of wave as the ripples on a drop of water — and how the human nervous system might do the same.

This is where the vibrating worm study gets a little bit more speculative. If neural signals propagate with inaudible soundwaves and if a device can generate Faraday waves of that exact frequency in the brain, it could provide a seamless, noninvasive way of hooking our brains up to computers.

"We believe our results, pending further detailed research, may help create a safer, sound-based link between the human brain and computers — one that works without unsafe needle electrodes," Maksymov wrote.

READ MORE: We vibrated earthworms to learn about safely connecting human brains to computers [The Conversation]

More on BCI: Elon Musk: Neuralink Will Do Human Brain Implant in “Less Than a Year”