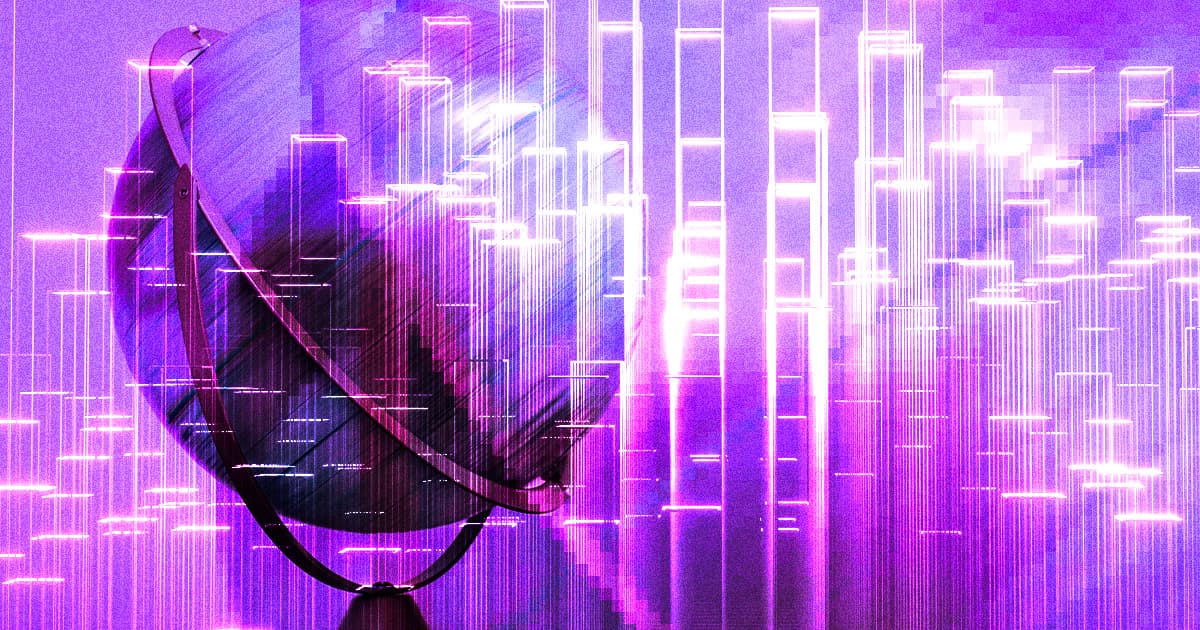 This could be massive — or it could be nothing.

This could be massive — or it could be nothing.

By now, most people have heard of the "simulation theory" that we live in an advanced virtual world — but one theoretical physicist now says he not only has a way to test the concept, but is crowdfunding to make it happen.

In an essay for The Conversation, physicist Melvin Vopson of the University of Portsmouth in England laid out the theory behind his simulation test, which builds on the idea that a "simulated universe would contain a lot of information bits everywhere" and that those bits would "represent the code."

Building on his own recently-proposed "mass-energy-information (M/E/I) equivalence principle," which suggests that "mass can be expressed as energy or information, or vice versa," the physicist believes that information bits would have a small mass. If one can find the mass of those bits, he adds, one would be theoretically detecting the bits themselves.

Per his M/E/I theory, Vopson has, as he wrote, suggested that information could be considered a fifth form of matter in the universe after solids, liquids, gases, and plasmas. The ensuing experiment makes a beautiful, albeit kind of complicated, sort of sense.

"The experiment involves erasing the information contained inside elementary particles by letting them and their antiparticles... annihilate in a flash of energy," the physicist wrote, "emitting 'photons', or light particles."

In English, Vopson is looking to demonstrate that information bits exist by introducing the particles that contain them to their opposites, making them explode and emitting giveaway photons.

To pull it off, as Vopson wrote on his Indiegogo page, the physicist is looking to "build a workbench positron-electron annihilation system" containing "custom-built components that will allow detection of gamma and [infrared] photons simultaneously."

Nevertheless, it's exciting that someone is finally going to put the "alien sim" theory to the test — though there's no telling what will come of it.

More on theoretical physics: Physicist Says There's a Small Chance You'll Wake Up on Mars Tomorrow Due to Quantum Physics

I Know Kung Fu
Columbia Professor: There's a 50% Chance We're Living in a Simulation
10. 13. 20
Read More
Strange AI
World’s First AI Universe Simulator Knows Things It Shouldn’t
6. 28. 19
Read More
Here's How You Could Survive Being Sucked Into a Black Hole
3. 3. 18
Read More
+Social+Newsletter
TopicsAbout UsContact Us
Copyright ©, Camden Media Inc All Rights Reserved. See our User Agreement, Privacy Policy and Data Use Policy. The material on this site may not be reproduced, distributed, transmitted, cached or otherwise used, except with prior written permission of Futurism. Articles may contain affiliate links which enable us to share in the revenue of any purchases made.
Fonts by Typekit and Monotype.