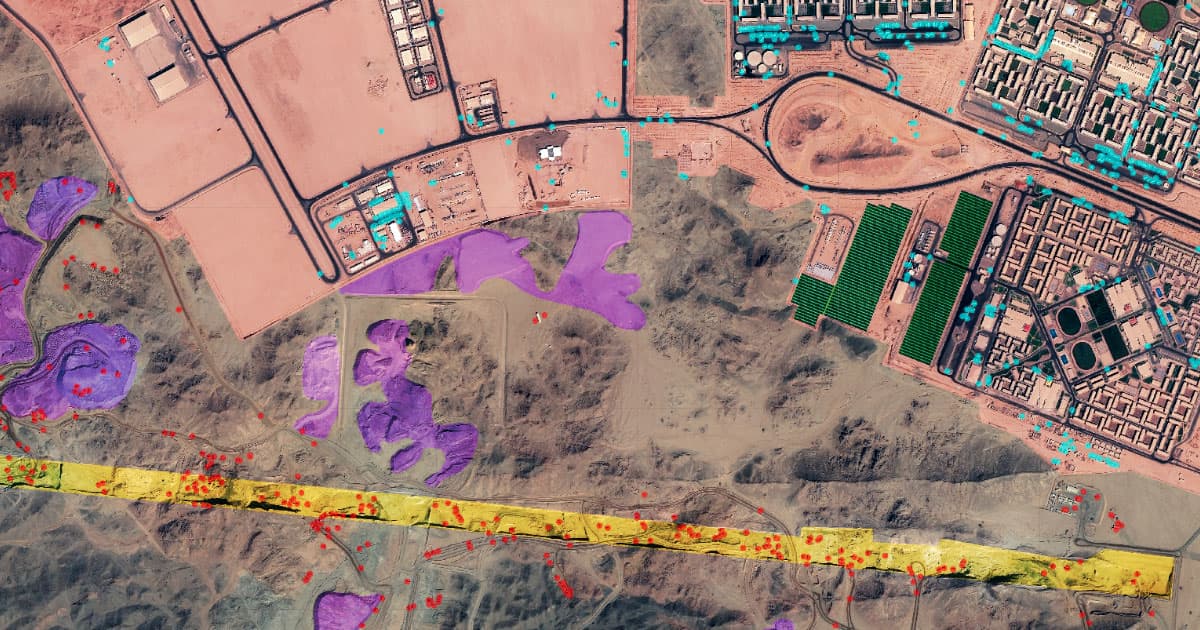 "The question is, have they bitten off more than they can chew?"

"The question is, have they bitten off more than they can chew?"

The images, courtesy of Australian satellite image aggregator Soar Earth, show a massive area of active construction sites, with some spots already dug out deep below the surface.

The goal is to construct a $500 billion project zero-carbon skyscraper that can house up to nine million people in the middle of the desert, a utopian dream that has raised plenty of eyebrows.

According to MIT Tech, an estimated 26 million cubic meters, or almost a billion cubic feet, of earth and rock have already been dug out since construction kicked off this summer.

The images show 425 excavation vehicles working on the Line over a single stretch of the project. A nearby construction base covers two square miles and features several swimming pools, soccer fields, and even a solar farm, according to the report.

Until now, high-definition imagery of the site was "nonexistent publicly," as Amir Farhand, CEO and founder of Soar Earth, told MIT Tech. Some experts are intrigued by why the imagery isn't showing up on larger imagery providers like Maxar Technologies.

"If there’s no Maxar images acquired over an area that is experiencing rapid economic investment, something fishy is going on," Jamon Van Den Hoek, a geography professor at Oregon State University, told the publication.

And that's especially relevant for the Line, a project which has been mired in controversy from the very start. Saudi Arabia reportedly forced local tribal community members from their homes to make space for project, which has already led to several death sentences.

Critics have also called out the mammoth skyscraper as an overly ambitious vanity project that likely won't make good on its lofty promises.

"At every part of this project, there’s massive terraforming going on, and some of the stuff is going to indelibly change the environment forever," Farhand told MIT Tech. "The question is, have they bitten off more than they can chew?"

Backdoor Dealing
America Secretly Sold Nuclear Tech to Saudi Arabia
3. 28. 19
Read More
Balloon Pop
Footage Shows Chinese Balloon Being Shot Down
Yesterday
Read More
Bird Crap
It Looks Like Elon Musk Is Actually Building a Twitter Payment Platform
Yesterday
Read More
+Social+Newsletter
TopicsAbout UsContact Us
Copyright ©, Camden Media Inc All Rights Reserved. See our User Agreement, Privacy Policy and Data Use Policy. The material on this site may not be reproduced, distributed, transmitted, cached or otherwise used, except with prior written permission of Futurism. Articles may contain affiliate links which enable us to share in the revenue of any purchases made.
Fonts by Typekit and Monotype.