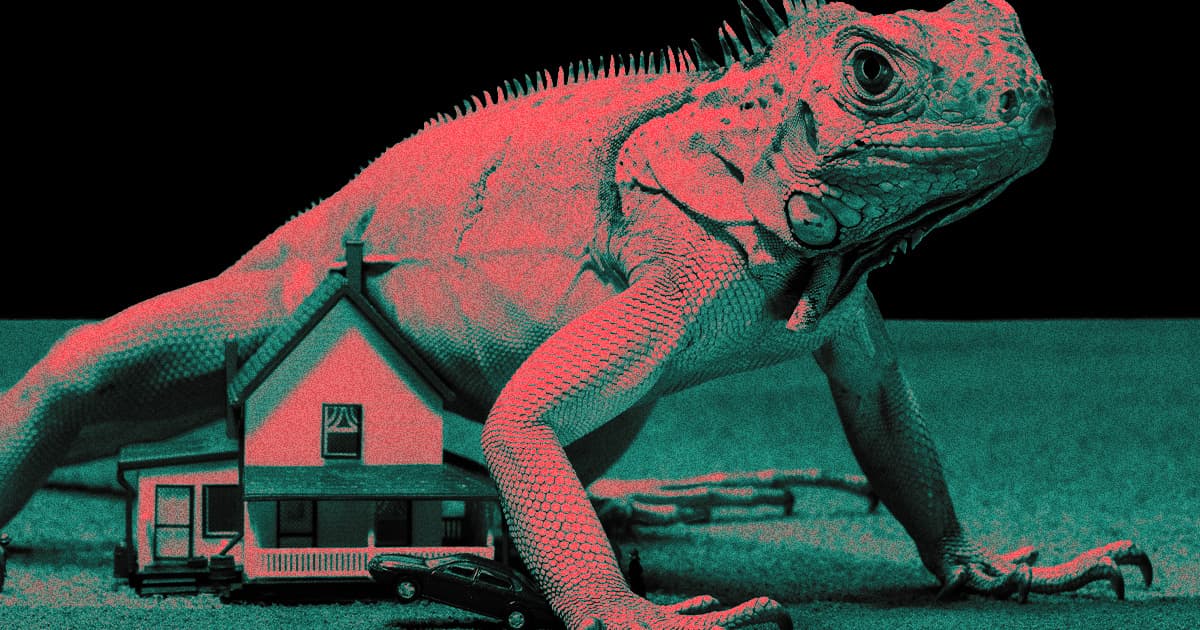 "The pictures are horrible every time this happens."

"The pictures are horrible every time this happens."

The war between Floridians and invasive iguanas continues. And unfortunately for the Floridians, their reptilian nemeses are willing to lay it all on the line — literally.

As local newspaper Sun Sentinel reports, a rogue iguana became a martyr for its own cause when it climbed onto a power grid's transformer, triggering a mass power outage that impacted roughly 1,400 customers in Palm Beach.

Despite a resounding mission success, the saboteur iguana paid the ultimate price, losing its life in the process.

"Nothing is going to survive that situation," Ben Kerr, a spokesperson for the city of Lake Worth Beach, told the paper. "The pictures are horrible every time this happens."

As it turns out, this is actually a pretty big problem in large part due to the sheer size of the reptiles.

Iguanas are not native to the area and have proven to be a huge problem. Earlier this year, the city of Miami announced a new bounty plan, offering to pay hunters for bringing in iguanas — dead or alive.

The iguanas are also incredible climbers, and if they were to ever lumber up a utility pole, they're large enough to cover two power lines at once, triggering a massive short.

They're also so heavy that, in the event that they do make it onto a transformer, the resulting short, as Kerr put it to the Sentinel, can't just "blast them off."

"If it was a bird or small animal, the system would carry on serving power," he said, explaining that the iguanas' carcasses have to be manually removed by energy professionals. "You wouldn't even know what happened."

In response, several areas have installed "hardening" measures to protect city power lines and other critical infrastructure from the curious climbers, according to the Sun Sentinel.

But as this week's incident goes to show, those measures don't have a perfect success rate.

That being said, iguanas have only caused three power outages this year, which, per the Sentinel, is a 60 percent decrease from 2021.

The iguana war, meanwhile, wages on.

Charlotte's Web
Experts Say That Those Giant Spiders Falling From the Sky Are Good, Actually
3. 10. 22
Read More
Wading Pool
One Day of Greenland's Ice Melt Could Submerge Florida
7. 30. 21
Read More
Death From Above
Autonomous Drones Are Dropping Rat Poison Bombs on This Island
1. 24. 19
Read More
+Social+Newsletter
TopicsAbout UsContact Us
Copyright ©, Camden Media Inc All Rights Reserved. See our User Agreement, Privacy Policy and Data Use Policy. The material on this site may not be reproduced, distributed, transmitted, cached or otherwise used, except with prior written permission of Futurism. Articles may contain affiliate links which enable us to share in the revenue of any purchases made.
Fonts by Typekit and Monotype.