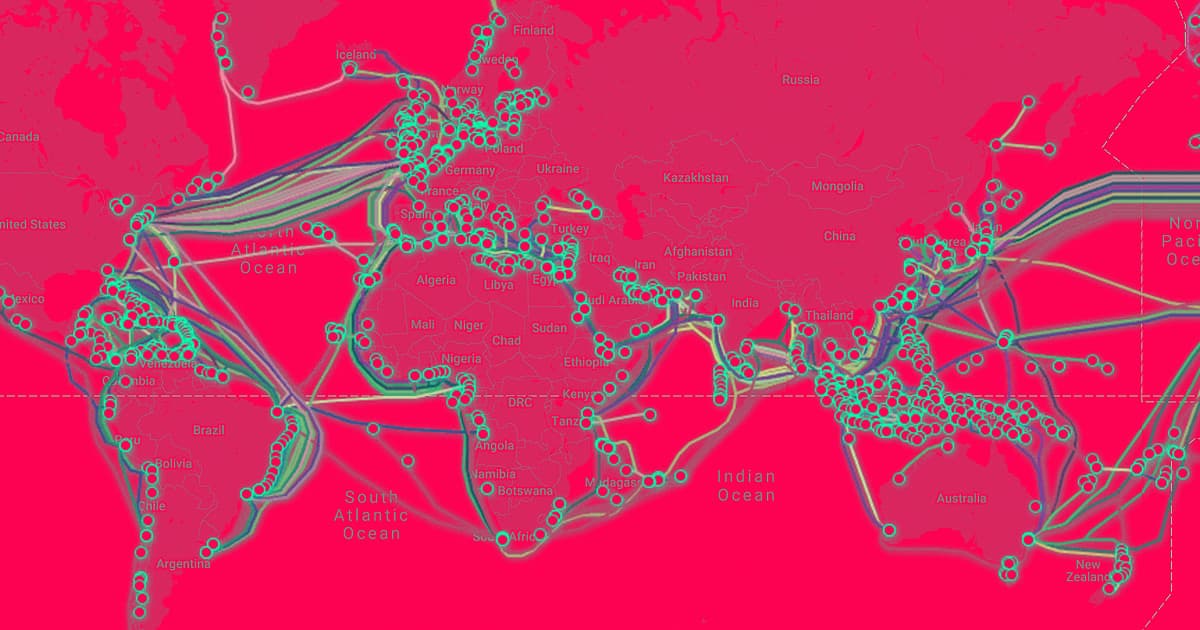 Experts fear that Russia could tap in — or cut entire countries off.

Experts fear that Russia could tap in — or cut entire countries off.

These undersea fiber-optic cables are the crucial infrastructure between internet, phone, and other digital networks. And Russia's presence near cables in Ireland — a crucial hub — has Irish police concerned that GRU agents could tap in and spy on other countries, according to The Sunday Times.

Even more drastically, it's resuscitated concerns that Russia might launch an attack on the cables that cuts a target nation off from the rest of the world.

Ireland is a major hub for tech companies, Business Insider reports. Facebook, Google, Twitter, and Airbnb all have headquarters and store data in Dublin, making the country a juicy target for spies looking to extract valuable data.

And given that the Russian government fined Facebook and Twitter last week for refusing to store user data on Russian territory, it's possible that the GRU is considering more direct action.

The Russian presence around Ireland's undersea cables is particularly troubling because there may not be much Ireland can do about any interference.

"Ireland doesn't have a counter-intelligence capability," Mark Galeotti, an expert on Russian security, told The Sunday Times. "It's a relatively soft target."

Russia Wants to Vaporize Space Junk With a Laser. There Is No Way This Will Go Wrong.
6. 18. 18
Read More
Drive On
Tesla Brings Back Enhanced Autopilot, in Clever Scheme to Extract Even More Money From Drivers
Yesterday
Read More
Target Practice
NASA Spots Location Where Derelict Rocket Smashed Into the Moon
Yesterday
Read More
+Social+Newsletter
TopicsAbout UsContact Us
Copyright ©, Camden Media Inc All Rights Reserved. See our User Agreement, Privacy Policy and Data Use Policy. The material on this site may not be reproduced, distributed, transmitted, cached or otherwise used, except with prior written permission of Futurism. Fonts by Typekit and Monotype.