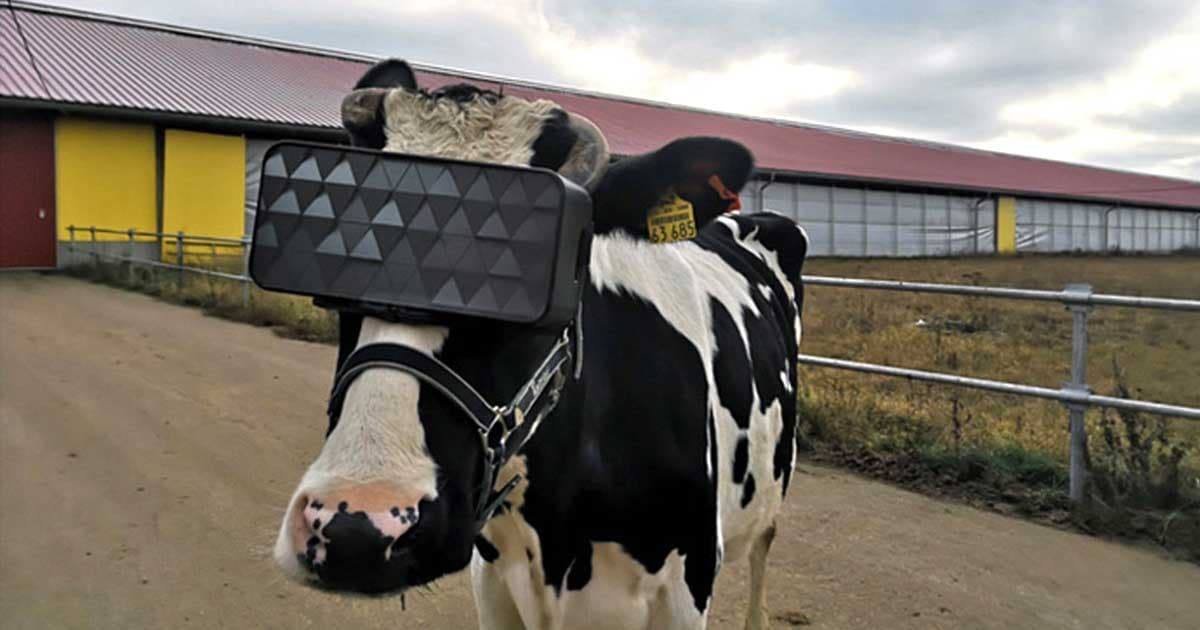 11. 27. 19
Ministry of Agriculture and Food of the Moscow Region

In a bid to get more and better milk out of their cows, Russian farmers have taken to strapping specially-modified virtual reality headsets on their cows' heads and giving them relaxing, pleasant virtual experiences.

It's not clear whether the milk improved as a result, according to Engadget, but the cows seemed happier while looking at a VR field than they were while faced with the grim reality that they were trapped in a crowded farm.

The farmers found that the cows were less stressed while using VR, per Engadget. And now they plan to launch a more robust study to see if jacking cows into the matrix actually improves the quality or volume of their milk.

And if that doesn't work, maybe the farmers could try letting the cows roam around an actual field.

Brands We Love
This Totally Immersive 'Virtual Intimacy System' Blurs VR Sex and Reality
9. 17. 21
Read More
Brands We Love
Realistic VR Sex Is Now a Reality. It's Also Surprisingly Cheap.
11. 4. 20
Read More
Brands We Love
Realistic, Interactive VR Sex Is Finally Here, and It's Affordable
6. 19. 20
Read More
+Social+Newsletter
TopicsAbout UsContact Us
Copyright ©, Camden Media Inc All Rights Reserved. See our User Agreement, Privacy Policy and Data Use Policy. The material on this site may not be reproduced, distributed, transmitted, cached or otherwise used, except with prior written permission of Futurism. Articles may contain affiliate links which enable us to share in the revenue of any purchases made.
Fonts by Typekit and Monotype.