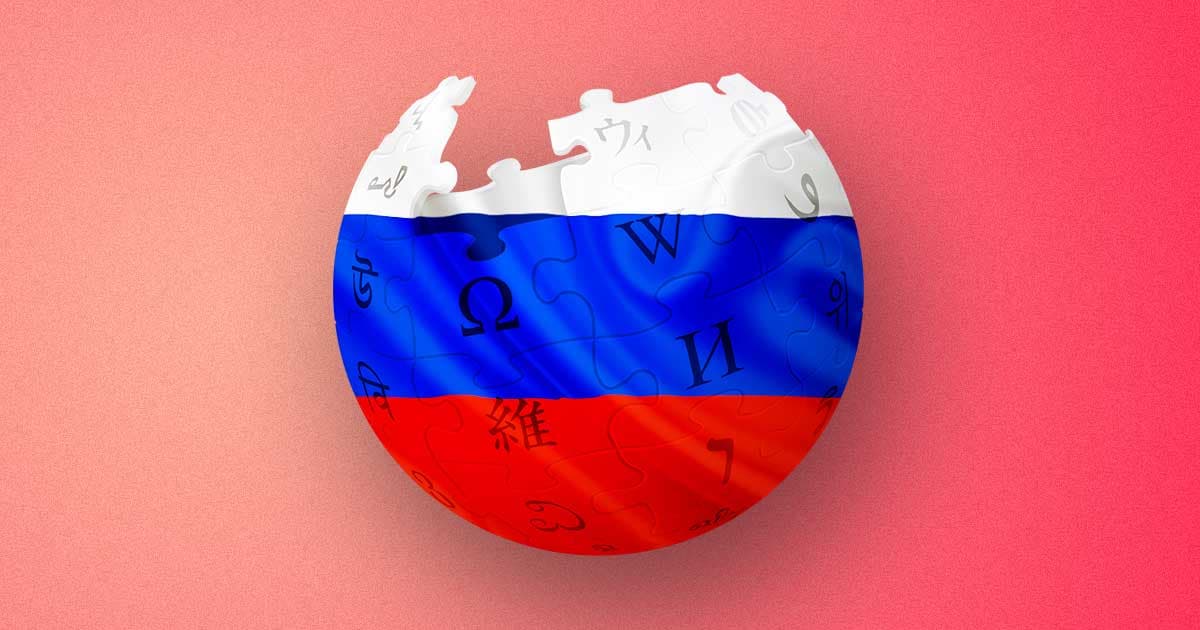 Russia Says It Will Replace Wikipedia With State-Run Site

Last month, Russian president Vladimir Putin complained that the popular online encyclopedia Wikipedia was "unreliable" and called for it to be replaced.

Now, the Russian government has confirmed it will replace Wikipedia with an online version of the "Great Russian Encyclopedia," Reuters reports.

"As for Wikipedia... it’s better to replace it with the new Big Russian Encyclopaedia in electronic form," Russian news agency RIA Novosti quoted Putin as saying at a Kremlin meeting last month. "At least that will be reliable information, presented in a good, modern way."

It's yet another sign that the Kremlin is taking an active role in cracking down on the types of information its citizens are able to access online. Earlier this year, Russian authorities announced plans to temporarily disconnect the country from the internet as a way to test its cybersecurity defenses.

In 2017, the Russian government also proclaimed that they plan to handle up to 95 percent of all internet traffic locally — that is, independent from the rest of the world — by 2020.

The new online encyclopedia will reportedly cost about 2 billion rubles ($31 million). The government is also planning on setting up a national research and education center to serve the Great Russian Encyclopaedia, according to Reuters.