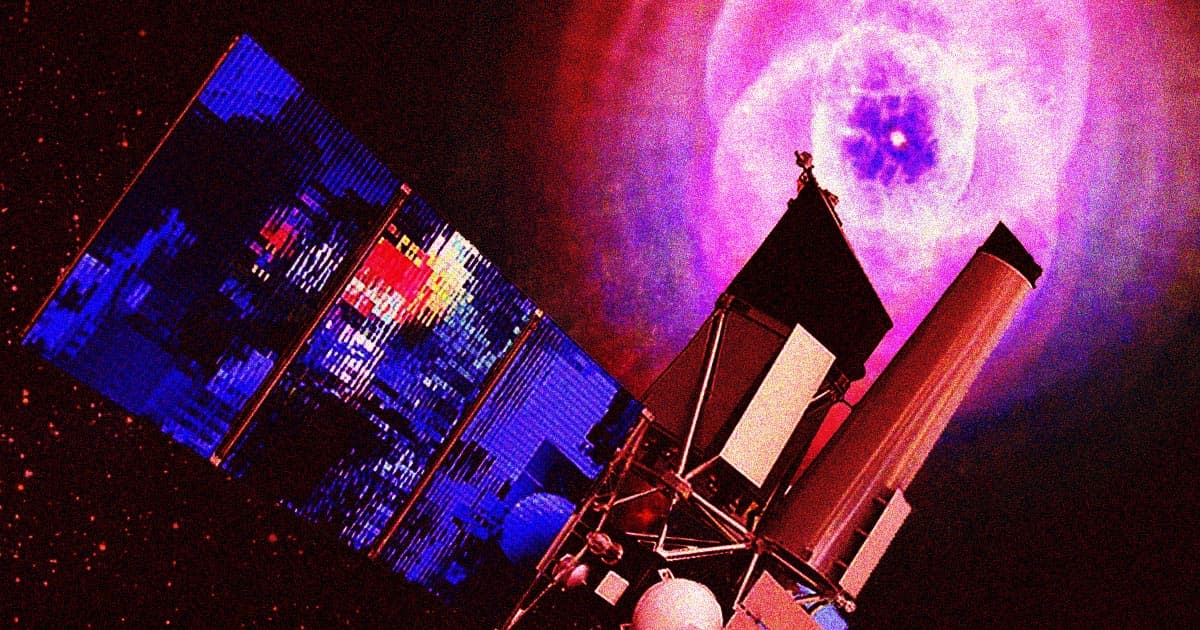 Russian space agency Roscosmos is struggling to keep operations going after the country invaded Ukraine, greatly distancing itself from the rest of the international space community in the process.

Russian scientists are now trying to gain control of a German telescope currently orbiting the Earth almost a million miles away, Ars Technica reports, in a bold escalation.

The Russian-built Spektr-RG spacecraft was launched by a Russian Proton rocket three years ago. It houses its primary instrument called eROSITA, an X-ray observatory built by the Max Planck Institute for Extraterrestrial Physics (MPE) in Germany, as well as the ART-XC instrument, a Russian high-energy X-ray telescope.

But ever since Russia invaded Ukraine, Germany cut off its cooperation with Roscosmos, forcing eROSITA into safe mode on February 26 — to the dismay of Russian authorities, who now seem to want control of the instrument back.

"I gave instructions to start work on restoring the operation of the German telescope in the Spektr-RG system so it works together with the Russian telescope," Rogozin said on Russian state TV, as quoted by German broadcaster Deutsche Welle.

"Despite Germany's demand to shut down one of the two telescopes at Spektr-RG, Russian specialists insist on continuing its work," he added. "Roscosmos will make relevant decisions in the near future."

German officials are now warning that turning on eROSITA without the involvement of the MPE could potentially cause damage, Deutsche Welle reports.

Rogozin is furious at Germany for halting the Spektr-RG spacecraft's operations, and is clearly not above slinging mud in the ensuing conflict.

"They — the people that made the decision to shut down the telescope — don't have a moral right to halt this research for humankind just because their pro-fascist views are close to our enemies," Rogozin said during his appearance.

What Russia's forceful intervention will mean for the future of the observatory remains to be seen. One thing's for sure, though: don't ever bet against chaos in the Russian space program.

Scheming Dmitry
Former NASA Official Says Russian Space Head Is Trapped, Trying to Escape
May 2
Read More
Space Ex
Head of Russian Space Program Claims That the US "Doesn't Have Any Spacecraft"
Apr 4
Read More
NASA Explains What Would Happen If Russia Abandoned the Space Station
Mar 17
Read More
+Social+Newsletter
TopicsAbout UsContact Us
Copyright ©, Camden Media Inc All Rights Reserved. See our User Agreement, Privacy Policy and Data Use Policy. The material on this site may not be reproduced, distributed, transmitted, cached or otherwise used, except with prior written permission of Futurism. Fonts by Typekit and Monotype.