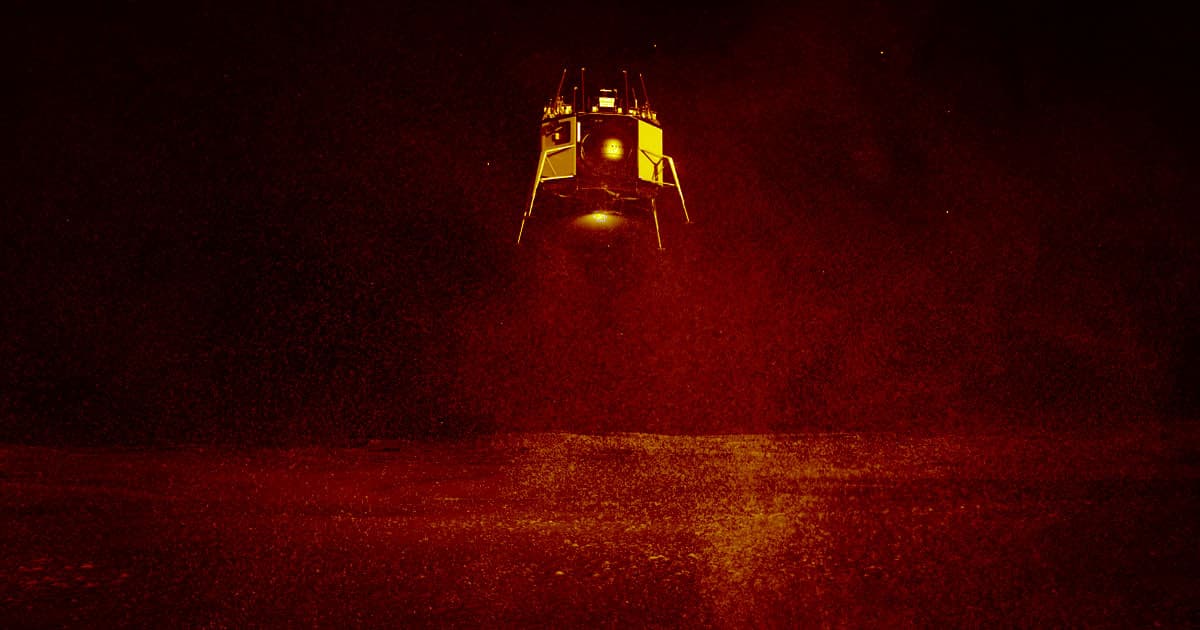 Landing a rocket on the Moon can turn lunar dust into a cloud of bullets.

Landing a rocket on the Moon can turn lunar dust into a cloud of bullets.

Landing rockets on the Moon presents an often-overlooked logistical challenge which, unaddressed, could lead to international conflict.

Firing the thrusters that gently lower a rocket down to the lunar surface kicks up a massive cloud of Moon dust rocks that can travel hundreds of miles, according to The Verge, which would pelt any other rockets, astronauts, archaeological sites, or settlements with debris flying as fast as bullets. These dust clouds could create a problem for the many nations and private companies hoping to visit the Moon — all of which will need to agree how to best handle the phenomenon.

"There's potential for serious international conflict because of this," University of Central Florida planetary physicist Phil Metzger told The Verge.

When the Apollo 11 astronauts landed on the Moon, the clouds of dust they kicked up created serious problems for their equipment, scratching and clogging it up. Modern rockets are far more powerful, meaning the dust and rocks they send flying could be even more dangerous.

One answer could be to pave landing zones to try and minimize the damage, but even assembling those would cause destructive dust storms. The other option is to simply accept our fate.

"I think we need to have an international agreement that we are all agreed together that we're going to be allowed to sandblast each other's hardware," Metzger told The Verge.

READ MORE: HIGH-SPEED LUNAR DUST COULD CLOUD THE FUTURE OF HUMAN MISSIONS TO THE MOON [The Verge]

More on the Moon: Breathing in Moon Dust Could Be Even More Toxic Than We Thought

Bad Science
Cosmologist Lists the Stupidest Things People Believe About Space
Feb 25
Read More
Art Flop
Independent Artists Say NFTs Are the Bane of Their Existence
Jan 24
Read More
Space Swag
Brands Keep Sending Their Pointless Swag to the Space Station
11. 5. 19
Read More
+Social+Newsletter
TopicsAbout UsContact Us
Copyright ©, Camden Media Inc All Rights Reserved. See our User Agreement, Privacy Policy and Data Use Policy. The material on this site may not be reproduced, distributed, transmitted, cached or otherwise used, except with prior written permission of Futurism. Articles may contain affiliate links which enable us to share in the revenue of any purchases made.
Fonts by Typekit and Monotype.