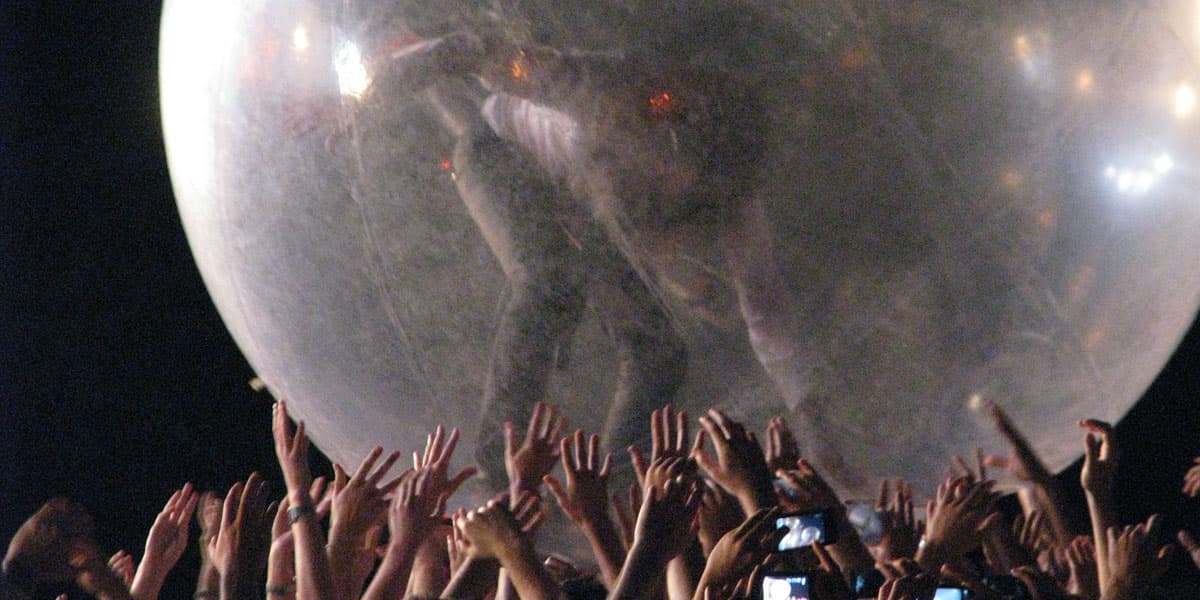 "We've always said that we want to be the first band to play on the International Space Station."

"We've always said that we want to be the first band to play on the International Space Station."

The rock band The Flaming Lips has been a mainstay for decades, but the group still has its sights set on bigger and better things.

Namely, frontman Wayne Coyne said on Audacy that he wants to be the first band to perform in space, adding that he hoped SpaceX CEO and notorious launcher of things Elon Musk was listening so he could help them out.

"I still hold out hope with the likes of an Elon Musk being out there," Coyne said.

This is the second time in the past year that The Flaming Lips made headlines for reimagining what concerts could look like in the future.

Even if you don't know their music, you may remember The Flaming Lips as that band that held a mid-pandemic concert in which every member of the band and the audience was sealed away in their own individual plastic bubble.

For now, Coyne added that he's both thrilled and terrified by the prospect of being shot into space to perform, but that the chance to do so would be a dream. And, he added, he'd love to invite Musk's girlfriend, singer-songwriter Grimes, along for an orbital collab.

"I love him," Coyne said of Musk on Audacy. "I think he's cool and I think he's got big ideas that are actually working. We've always said that we want to be the first band to play on the International Space Station, and I feel like to even say that on your show, he might be listening."

More on the Flaming Lips: Band Plays Show With Each Audience Member Inside a Plastic Bubble

Monkey Business
China Plans to Send Monkeys to Space Station to Have Sex With Each Other
Nov 3
Read More
Overview Effect
William Shatner Says His Space Trip Left Him With a Feeling of Terrible Grief
Oct 11
Read More
Grain of Salt
There's a Huge Problem With Elon Musk's Promise to Bring Starlink to Iran
Sep 27
Read More
+Social+Newsletter
TopicsAbout UsContact Us
Copyright ©, Camden Media Inc All Rights Reserved. See our User Agreement, Privacy Policy and Data Use Policy. The material on this site may not be reproduced, distributed, transmitted, cached or otherwise used, except with prior written permission of Futurism. Articles may contain affiliate links which enable us to share in the revenue of any purchases made.
Fonts by Typekit and Monotype.