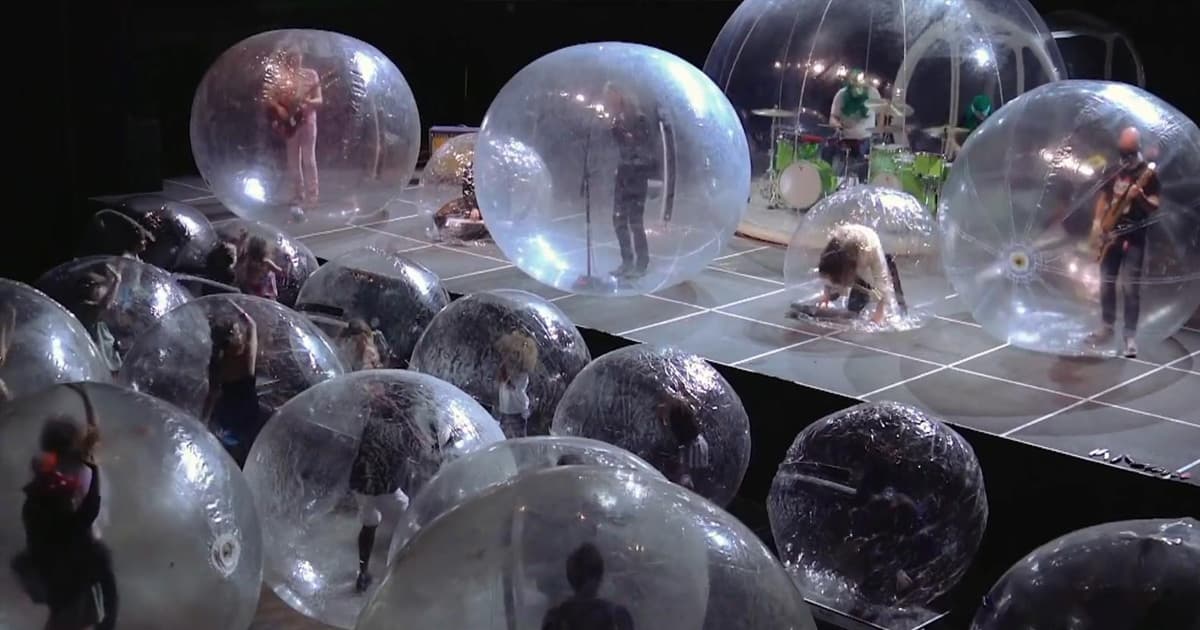 It's definitely unusual and seems like the kind of thing that would give me even less of an idea of what to do with my arms during a show. But as NME reports, the bubbles are a creative way to hold a concert during the COVID-19 pandemic without putting everyone there in serious danger. We're looking at you, Chainsmokers.

"I think that’s kind of the dilemma we’re all in is that are we waiting for it to go back to normal or are we starting to plot, ‘What’s the future look like? What is the future of live music?’" Coyne told BrooklynVegan of the performance.

While the bubbles are a good coronavirus safety measure for bands that can afford to fill a venue with hermetically-sealed bubbles, though, it's hard to imagine how smaller venues and performers could manage.

Stranded
Man Lost at Sea for 30 Days Says It Was a "Nice Break" From Pandemic
10. 8. 21
Read More
Throwing Memes
Chinese State News Agency Floods Social Media With Anti-America COVID Memes
8. 10. 21
Read More
Bot Versus Bot
A Bot Made Frank Sinatra Cover Britney Spears. YouTube Removed It Over Copyright Claims.
11. 27. 20
Read More
+Social+Newsletter
TopicsAbout UsContact Us
Copyright ©, Camden Media Inc All Rights Reserved. See our User Agreement, Privacy Policy and Data Use Policy. The material on this site may not be reproduced, distributed, transmitted, cached or otherwise used, except with prior written permission of Futurism. Articles may contain affiliate links which enable us to share in the revenue of any purchases made.
Fonts by Typekit and Monotype.