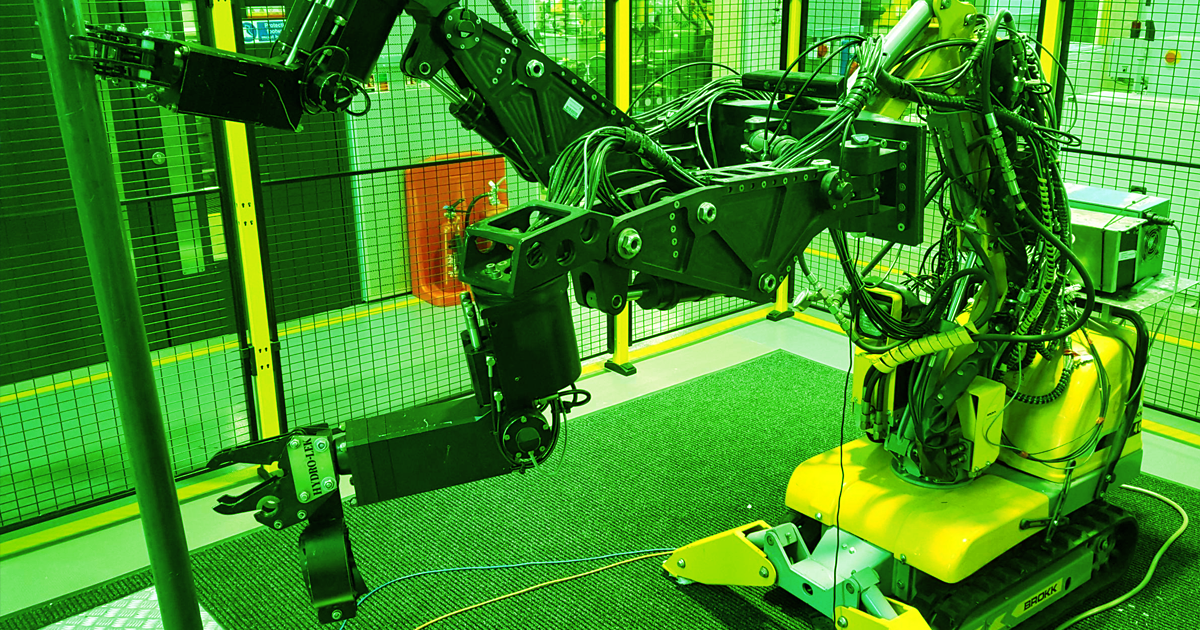 Chernobyl cleanup would have gone much more smoothly with this robot.

Chernobyl cleanup would have gone much more smoothly with this robot.

A new semi-autonomous robot is capable of traveling into a decommissioned nuclear reactor and safely dismantling it, piece by piece.

Typically, the robots that handle nuclear waste, like the one sent into the Fukushima reactor after it was destroyed by a tsunami, need to be remote-controlled every step of the way. This new robot, described in research published in the journal Robotics, can handle some things on its own — like detecting, grabbing, and cutting apart objects in its video feed.

"The standard within nuclear decommissioning is for direct human-controlled remote tele-operation of robots, which is extremely difficult for the operators particularly given the complexity of nuclear decommissioning tasks," James Taylor, the Lancaster University engineer behind the robot, said in a press release. "Fully autonomous solutions are unlikely to be deemed safe in the near future and so we have explored creating a semi-autonomous solution that sits between the two."

Other semi-autonomous robots designed to mitigate nuclear disasters can navigate on their own — this new one can automatically dismantle some of the obstacles in its path. For instance, a human operator can instruct the robot to pick up a pipe and cut it into pieces with four clicks of their mouse, per the press release.

More on robots: Japan Sends Robot Into the Nuclear Hell of the Fukushima Reactor