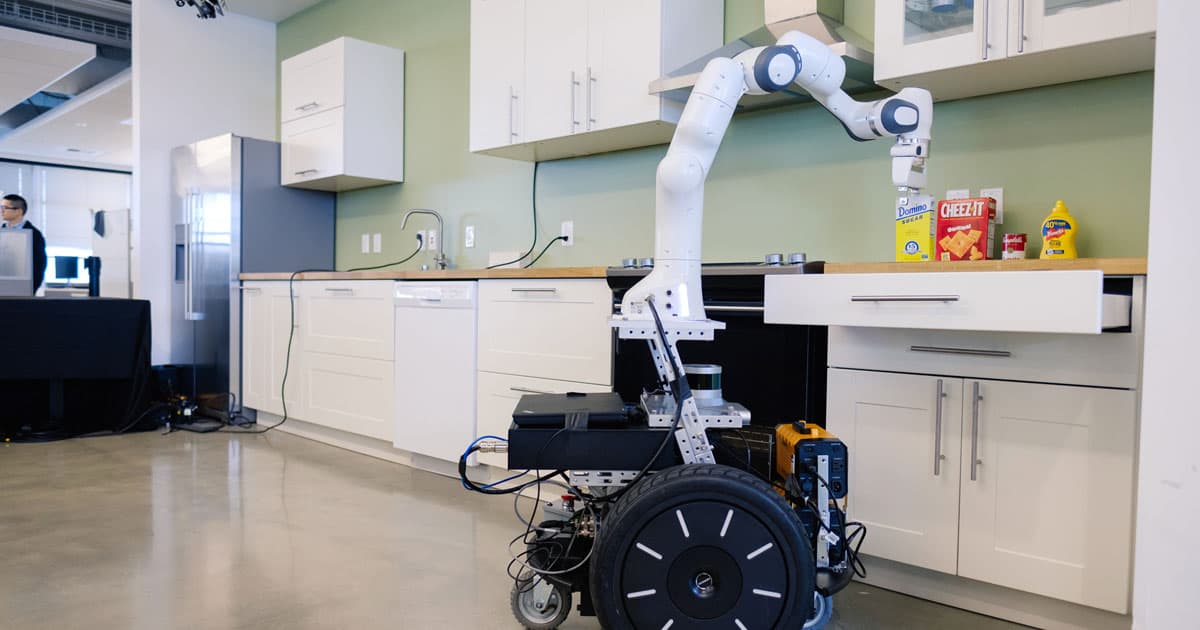 "We want to develop robots that can naturally perform tasks alongside people."

"We want to develop robots that can naturally perform tasks alongside people."

Dieter Fox thinks cobots, a portmanteau for "collaborative robots," will be a fixture of our future. These bots will operate alongside people, acting as our coworkers, companions, and caretakers.

Fox also thinks he knows how to ensure the company he works for, NVIDIA, is the one leading this new era in robotics — and it all starts with an Ikea kitchen.

In November, NVIDIA opened a new AI Robotics Research Lab in Seattle and appointed Fox as its head. The lab already has about a dozen projects in the works, but the main one focuses on teaching a robotic arm to navigate an Ikea kitchen.

"We want to develop robots that can naturally perform tasks alongside people," Fox said in a news release. "To do that, they need to be able to understand what a person wants to do and figure out how to help her achieve a goal."

For now, those tasks are limited to fetching items from counters and placing them in drawers. Eventually, though, the robot's home economics curriculum could include everything from loading a dishwasher to cooking a meal.

However, as cool as it would be to have a bot serve as your sous-chef, NVIDIA's goal isn't simply to prepare robots for life in the kitchen.

"All of this is working toward enabling the next generation of smart manipulators that can also operate in open-ended environments where not everything is designed specifically for them," Fox said. "By pulling together recent advances in perception, control, learning, and simulation, we can help the research community solve some of the greatest challenges in robotics."

READ MORE: Our Seattle Forecast: Cloudy, With a 100% Chance of Robotics Innovation [NVIDIA]

Beep Boop
Scientists Say They're Now Actively Trying to Build Conscious Robots
Jan 8
Read More
Garden Variety RAIcist
Scientists Alarmed When Robot Immediately Becomes Racist and Sexist
6. 29. 22
Read More
Bot-icelli
Sorry, But There's No Way Tesla Is Selling a Humanoid Robot Next Year
3. 29. 22
Read More
+Social+Newsletter
TopicsAbout UsContact Us
Copyright ©, Camden Media Inc All Rights Reserved. See our User Agreement, Privacy Policy and Data Use Policy. The material on this site may not be reproduced, distributed, transmitted, cached or otherwise used, except with prior written permission of Futurism. Articles may contain affiliate links which enable us to share in the revenue of any purchases made.
Fonts by Typekit and Monotype.