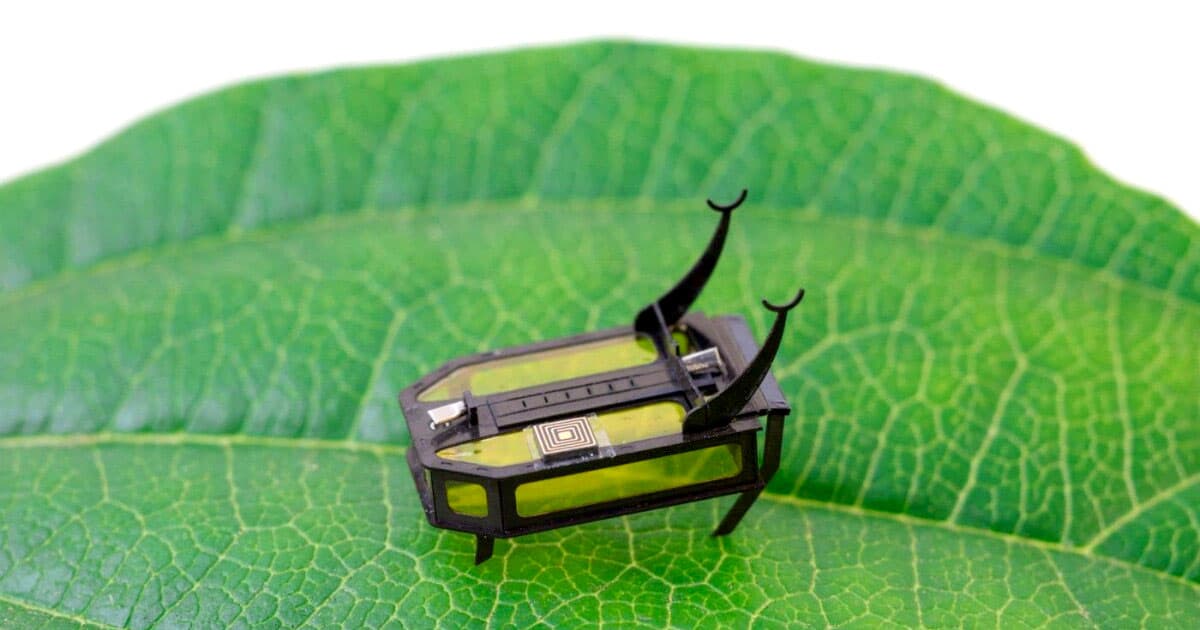 Relatable: This Tiny Robot Is Powered by Alcohol

"We were able to make it so light and small because we’re not relying on batteries."

"We were able to make it so light and small because we’re not relying on batteries."

A team of researchers have built a tiny microbot that runs entirely on methanol, a type of alcohol. The robot, dubbed RoBeetle, weighs less than a tenth of a gram and doesn't even need any other external power sources such as cables or electromagnetic fields to crawl along.

"The energy density of batteries is very low, so we needed new sources of power," Nestor Perez-Arancibia at the University of Southern California, the designer of the robot, told New Scientist. "We were able to make it so light and small because we’re not relying on batteries."

Here's how it works: as the methanol vapor of the fuel burns, tiny nickel-titanium alloy wires — the robot's artificial muscles — repeatedly expand and then contract as they cool, causing it to crawl forward.

According to the researchers' paper published in Science Robotics on Wednesday, the RoBeetle is a real powerhouse. It can lug 2.6 times its own weight. It can also carry an additional 95 milligram fuel tank, allowing it to crawl along for up to two hours.

The team is now trying to figure out how to keep it running for even longer. They're also seeing if they can attach wings to the tiny robot with funding from DARPA.

More on robots: US Army Scientist Brags That He’s Trying to Build the Bad Guy From “Terminator 2”