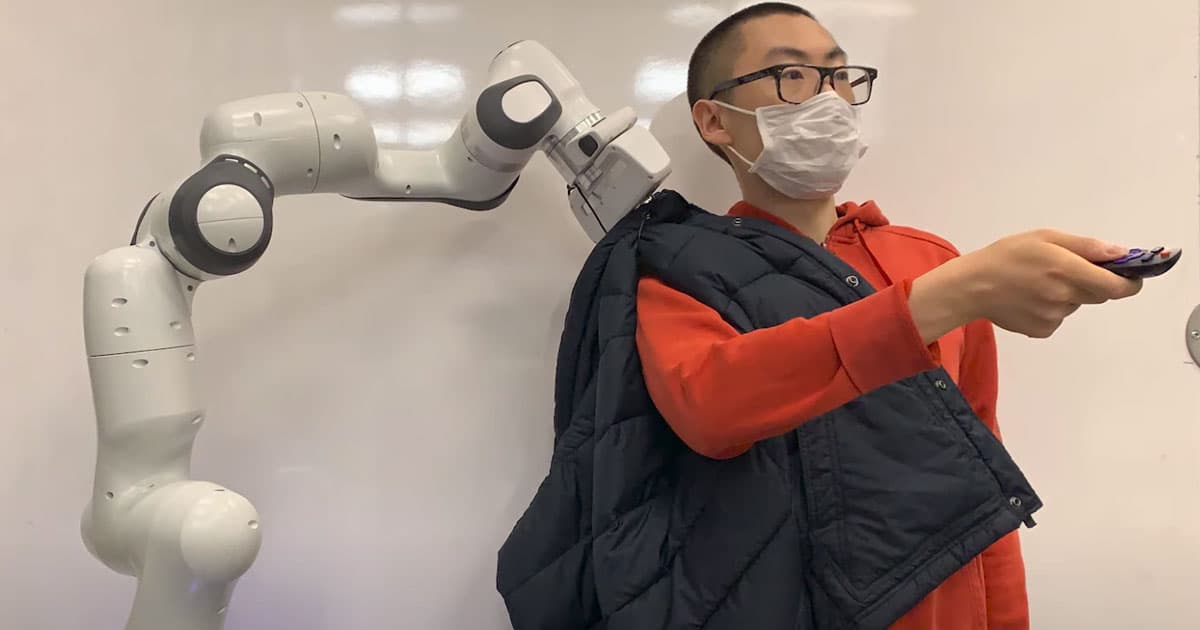 There are a lot of things robots are good at. Automating manufacturing processes and helping humans accomplish repetitive tasks are just two examples.

There are some jobs, though, robots struggle to complete, like dressing a human. The nuance, gentleness and responsive touch required are hard for an algorithm or bot using machine learning — especially without hurting the subject — but that's exactly what scientists at MIT wanted to conquer with new research on robotics movement.

"Human physical safety is a top priority during human-robot interaction, but sometimes comes at the cost of task performance," the scientists wrote. "A pessimistic robot might assume that all space could be occupied by its human partner. Preventing harm without unnecessarily impacting task efficiency is a critical challenge."

A paper about the work will appear in this month's edition of the journal IEEE Robotics and Automation. Previous video of the bot dressing people up was posted last year before the resulting research was published.

The team said one of the challenges in creating a robot that can dress humans is a short field of vision. In an interview with MIT's media arm, the researchers said that when the robotic arm they created helps a person pull on a jacket sleeve, it can't see the entire arm and instead needs to calculate the position of, say, the person's elbow.

The scientists plan to expand the types of material the robot can use as well as make them "personalized" and better able to adapt to individual movement patterns.

Interestingly, the researchers say they didn't make the robot with only dressing in mind.

"Our algorithm solves the general state estimation problem and could therefore lend itself to many possible applications," Shen Li, a PhD candidate in the MIT Department of Aeronautics and Astronautics and study co-author said in the interview. "The key to it all is having the ability to guess."

Li says the bot could someday help people set a table, which has us excited for all the potential capabilities. For anyone who needs a mobility aid, that helping hand will come in handy. And one day maybe we can all get dressed like the titular Wallace in "Wallace and Gromit."

More on robot ability: Incredible! This Robot Is So Dextrous That It Can Perfectly Peel a Banana Without Damaging It