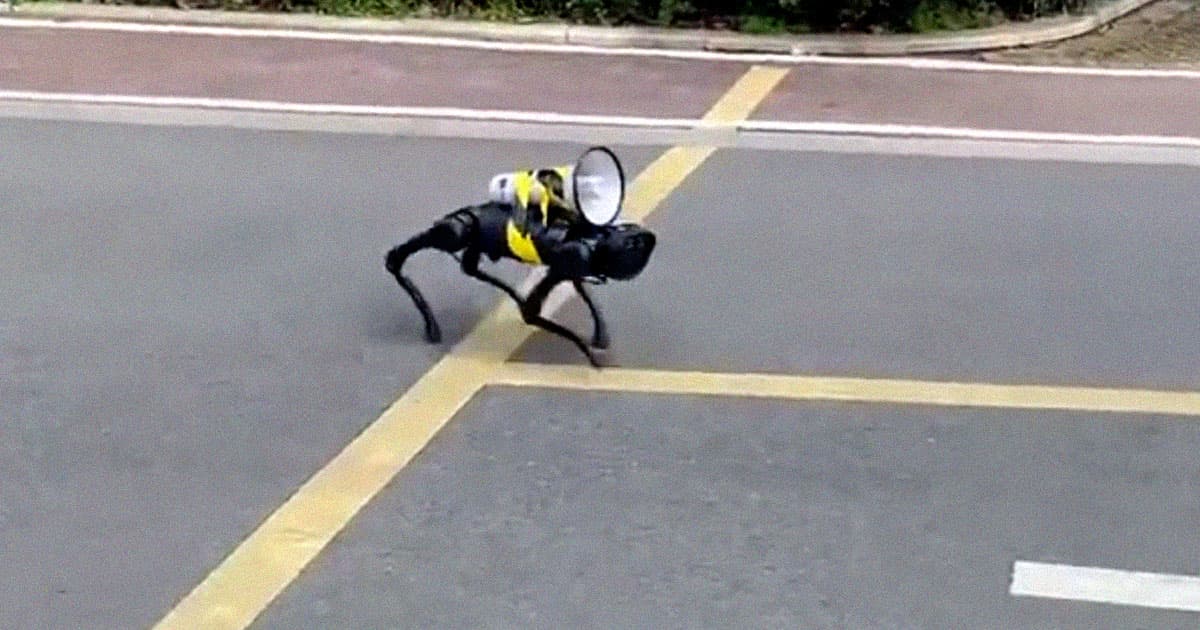 Just in case they still didn't get the message.

Just in case they still didn't get the message.

A robot dog in Shanghai, China, is roaming the streets barking COVID-19 safety instructions through a loudspeaker crudely strapped to its back, amid one of the tightest lockdowns the city has faced since the beginning of the pandemic.

Videos widely circulating online show the small black quadruped scuttling down an empty city street while blaring out instructions via a megaphone loosely slung around its back with what appears to be black and yellow caution tape.

A dystopian nightmare or a cute demonstration of public health tech? We'll let you decide on that one.

Full Lockdown in Shanghai, this is how they broadcast announcements.

Shanghai is currently facing one of its most serious waves of confirmed cases of COVID yet. The city has been in full lockdown since the end of March, with a new subvariant of the Omicron variant driving a spike in illness.

Robot dogs aren't the only machines patrolling streets there. Chinese officials have also reportedly used drones that also told residents to stay at home, according to The Times.

According to Reuters, residents aren't even allowed to leave their homes to take out their trash.

Despite the strict lockdown measures, Shanghai reported less than 8,000 asymptomatic cases and 438 symptomatic cases on April 3, a far cry from much more severe past outbreaks of COVID in other parts of the world.

Whether a robot dog with a loudspeaker will prevent those numbers from rising exponentially remains to be seen — but we'll wager a guess and say it won't exactly have a very big impact, if any.