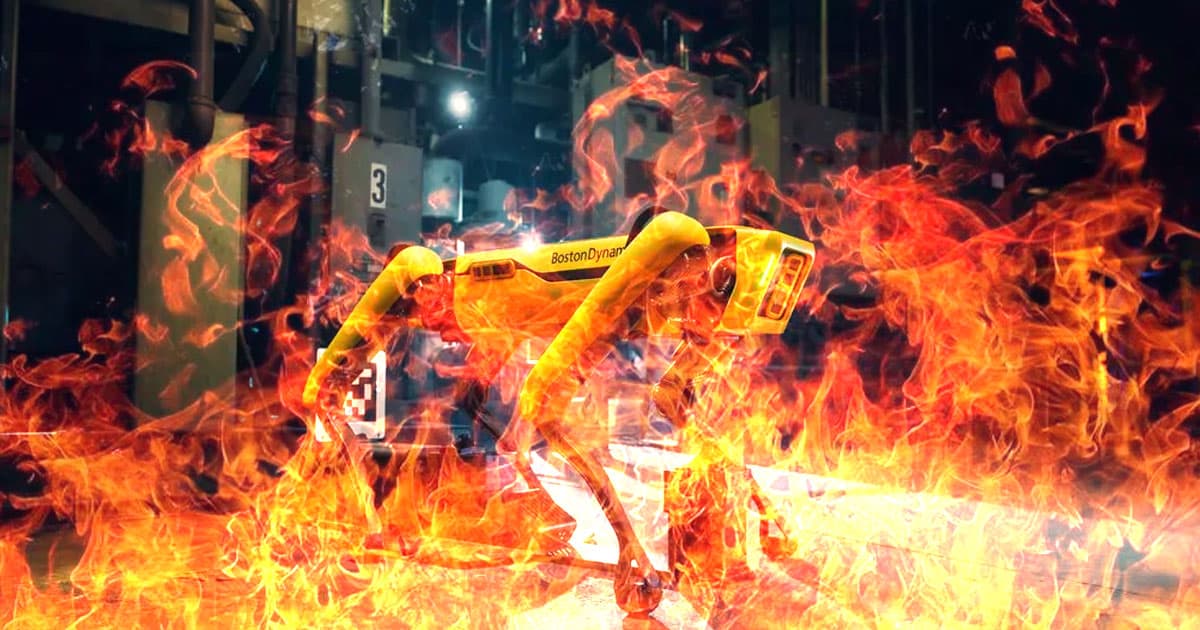 "These robots will save lives."

"These robots will save lives."

Move over, Clifford — there’s a new big dog in town, and this one’s semi-autonomous.

The FDNY told the Times that they plan to use the 70-pound robots affectionately named “Spot” to aid during difficult search-and-rescue missions, a potentially far less controversial use of the technology than their NYPD contemporaries using the dogs on raids.

There’s also the convenient side effect of helping the city recoup some goodwill about the “dogs” after the New York Police Department’s disastrous experiment with them in 2021.

It’s been just under a year now since the NYPD canceled its contract with Boston Robotics early after the public caught wind of the robots via a viral video.

The video showed one of the robots, painted police blue, walking with cops out of a public housing building after the arrest of an alleged home invader.

“What the fuck is this is the exact right reaction,” one Times reporter tweeted in response to the “Black Mirror”-esque video at the time.

According to captain Michael Leo of the FDNY’s robotics team, Hollywood is to blame for the public’s mistrust in these machines.

“The TV industry and the movie industry are hurting us in some ways because they often show pictures of robots that are weaponized, and then people think that’s how all robots are,” he told the NYT. “Our whole mission is a lifesaving one. That’s the core thing. These robots will save lives.”

Beyond concerns about the weaponization and general creepiness of these robots are broader worries that they may be used as a surveillance tool, especially after the NYPD came under scrutiny over its disastrous rollout last year.

Policing is, after all, quite different than the work being done by fire departments. With a bit of luck and a lot of common sense, the FDNY will avoid the mistakes of its sister agency and use Spot a bit more tactfully.