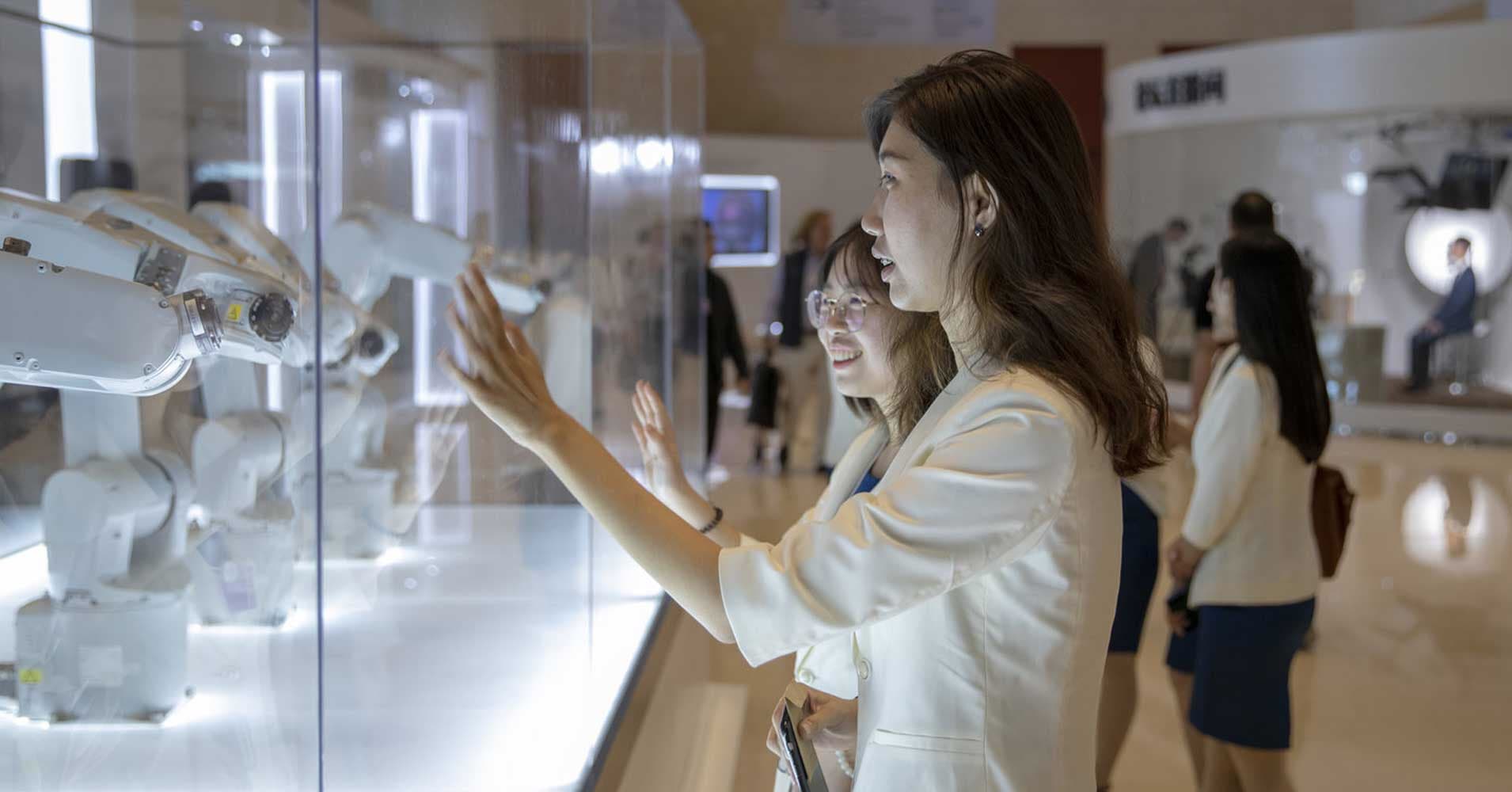 There's a lot we could convey through a robot's appearance.

There's a lot we could convey through a robot's appearance.

We put a lot of thought into what robots can do. But maybe we should pay a bit more attention to how the machines look and act.

Madeline Gannon thinks so, anyway. She's the artist/coder/designer behind Manus, an installation about how we can use body language to communicate with robots. In a recent interview with The Verge, she argues that the appearance and body language of robots could impact how we interact with the machines in the future — and help us stay safe in the process.

For Manus, Gannon programmed a row of 10 industrial robot arms to react to passersby at a World Economic Forum tech and science summit in Tianjin, China, in September.

But the bots didn't react as individual machines — Gannon connected them to a single controller, which essentially gave the bots a "pack mentality," comparable to what you might see with dogs in the wild.

In the Verge interview, Gannon suggests that thinking about robots as animals in general could help us develop better ways to communicate with them.

"If you go for a walk in the park and see some strange creature cross your path, you will read its body language and try to understand its intentions," she said. "I think that’s something that can be tapped into."

To that end, Gannon suggests roboticists try to convey a robot's intentions through its body language and appearance — the same way animals convey their intentions in the wild.

"I think a big industrial robot should look dangerous if it’s about to do something dangerous. It should trigger our instincts when it moves; forcing us to step back and give it our full attention," she told the Verge. "This is new territory we’re charting, and I want to argue for design patterns that build legibility into the behavior of these machines."

More on robot communication: Robots and Humans Need to Learn How to “Talk” to One Another

Diner Drama
People Furious at Robot Serving Pancakes at Denny's
11. 28. 21
Read More
Killer Robot Update
Uh Oh, They Strapped a Sniper Rifle to a Robot Dog
10. 12. 21
Read More
See Spot Attack
Company Mounts Paintball Gun on Robot Dog to Shoot Up Art Gallery
2. 22. 21
Read More
+Social+Newsletter
TopicsAbout UsContact Us
Copyright ©, Camden Media Inc All Rights Reserved. See our User Agreement, Privacy Policy and Data Use Policy. The material on this site may not be reproduced, distributed, transmitted, cached or otherwise used, except with prior written permission of Futurism. Articles may contain affiliate links which enable us to share in the revenue of any purchases made.
Fonts by Typekit and Monotype.