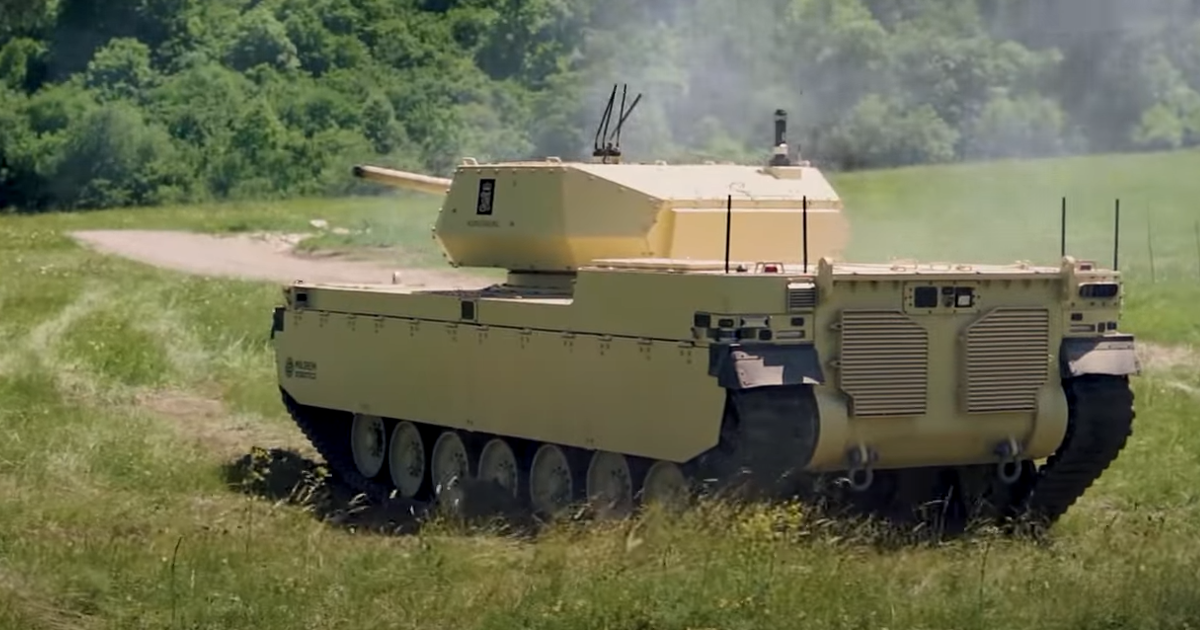 A new video shared by Estonian robotics and autonomous systems developer Milrem Robotics shows an AI-powered tank blowing up cars and other targets, in a terrifying glimpse of the future of warfare.

The tank, dubbed Type-X, is designed to allow troops to "breach enemy defensive positions with minimal risk," according to a 2021 statement from Milrem Robotics, by providing them with "equal or overmatching firepower and tactical usage to a unit equipped with Infantry Fighting vehicles."

Its navigation and obstacle detection systems are powered by AI, according to the company, giving it a rather terrifying edge over any human adversaries.

The tank can be outfitted with massive cannons, anti-tank missiles, and even tethered drones for remote reconnaissance.

During the latest test, as seen in the video, Milrem teamed up with Norway's Kongsberg Defense and Aerospace to outfit the tank with a 30 mm cannon.

"You want to send them to take the most dangerous positions because there [are] no men inside it," Gert Hankewitz, director of market and export control at Milrem, told National Defense earlier this week. "If it gets blown up, everybody in the manned vehicles behind it will stay safe."

Despite the rather obvious ethical implications of having an AI-powered system take care of the dirty work remotely, the company has raised substantial funds from the European Commission to develop a washing machine-sized unmanned ground vehicle called THeMIS (Tracked Hybrid Modular Infantry System), which can provide troops with means of transport, as well as detecting and disposing of IEDs.

It's not a stretch to suggest that this is what the future of war looks like — and it's looking more hellish than ever.

READ MORE: Robot Tank Firing at Cars and Other Targets Is the Stuff of Nightmares [autoevolution]

Mini-Brain in the Cell Membrane
This Startup's Computer Chips Are Powered by Human Neurons
4. 1. 20
Read More
War Machine
Russia Is Planning A "Ground Force" of Armed Military Robots
3. 21. 19
Read More
Killer Robots
Scientists Call for a Ban on AI-Controlled Killer Robots
2. 16. 19
Read More
+Social+Newsletter
TopicsAbout UsContact Us
Copyright ©, Camden Media Inc All Rights Reserved. See our User Agreement, Privacy Policy and Data Use Policy. The material on this site may not be reproduced, distributed, transmitted, cached or otherwise used, except with prior written permission of Futurism. Fonts by Typekit and Monotype.