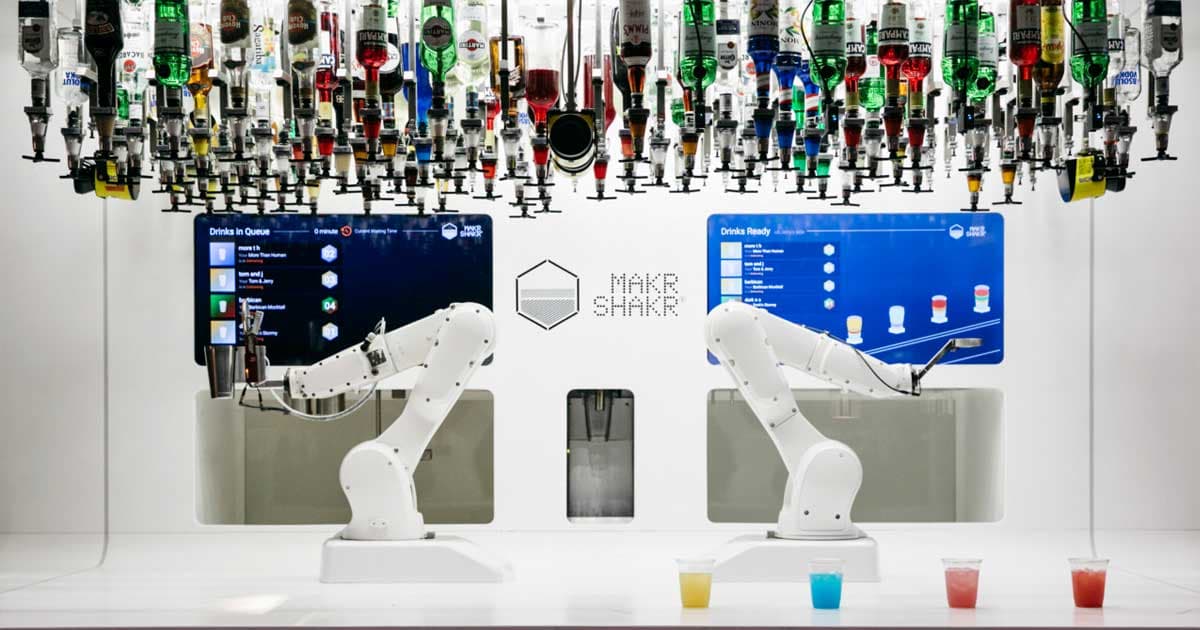 Robot Bartender Developer Wants to Pay the Humans It Replaces

Makr Shakr says it'll give out a new monthly stipend for every robot it sells.

Makr Shakr says it'll give out a new monthly stipend for every robot it sells.

Makr Shakr, the robotics firm behind the robo-bartender Toni, has announced plans to distribute monthly stipends to the human bartenders that it threatens to automate out of a job.

It's an unusual twist on the concept of basic income: the company directly responsible for putting people out of work is also the one extending them some sort of lifeline. Details on the program are sparse, Digital Trends reports, and there's a chance it's all a big PR stunt. But the company has already selected the first recipient of a monthly $1,000 stipend: 50-year-old American hospitality worker Brian Townsell, who Makr Shakr says will now be able to pursue his dream job in a brewery.

The plan is to give out a monthly stipend to someone whose job Toni puts at risk for each robot sold, Digital Trends reports. But it remains unclear how, specifically, Makr Shakr will select people, how long those people will receive monthly payments, or even if the company will continue doing this at all.

That said, it's great to see a tech company acknowledge the harsh reality that its products threaten livelihoods. And while leaving basic income programs up to the automators themselves won't solve the systemic problems of job loss or the lack of a social safety net, offering these payouts is a first step. Maybe.

READ MORE: Robot bartending company is handing out cash to the people it is replacing [Digital Trends]

More on automation: Futurist Predicts "The End of the World as We Know It"