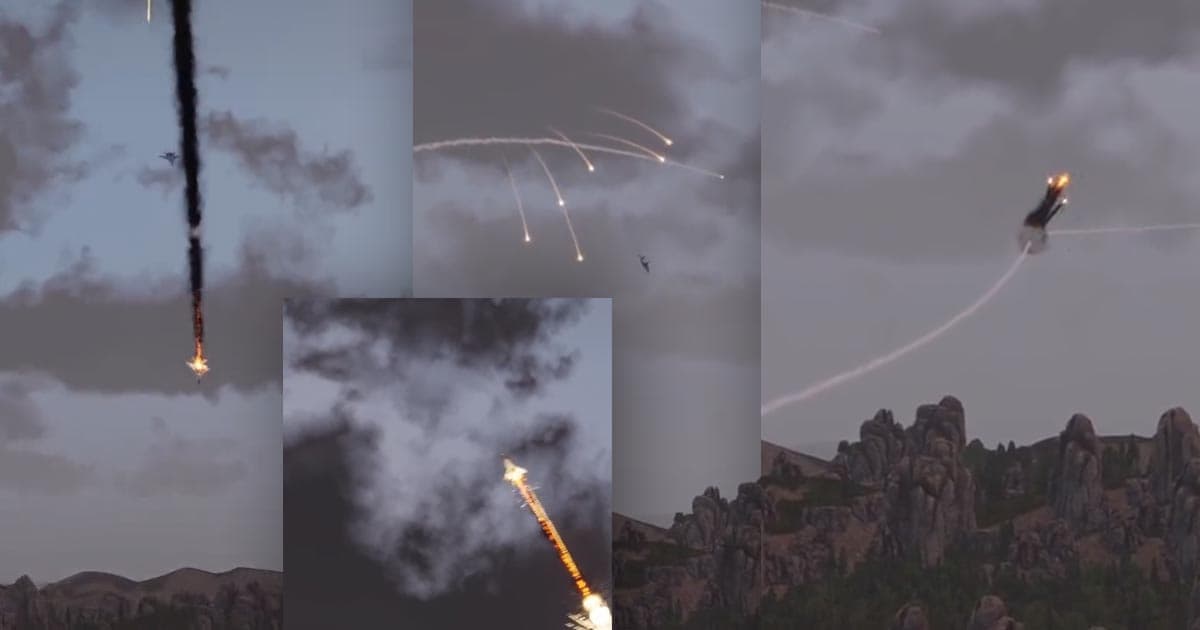 "This is a video game, General."

"This is a video game, General."

Retired US four star general Barry McCaffrey, who also served as the Director of the Office of National Drug Control Policy under the Bill Clinton administration and makes regular TV appearances as an expert on military affairs, shared a video yesterday of what he said was a "Russian aircraft getting nailed by [Ukraine] missile defense" on Twitter — only to realize minutes later that the choppy footage came from a video game.

The incident goes to show how quickly misinformation can disseminate online, particularly when it comes to geopolitical conflict.

Twitter users were quick to point out McCaffrey's blunder.

"This is a video game, General," one user wrote. "Very realistic but a good lesson to verify sources/material before posting online."

The video, which has been uploaded countless times to a number of social media platforms, shows several computer generated fighter jets succumbing to air defense missiles.

The footage was recorded in the video game ARMA 3, a popular military tactical shooter from 2013.

It's far from the first time altered or misleading footage has spread like wildfire, particularly when it comes to the conflict in Ukraine.

Millions of people are sharing fake videos on TikTok about the war in Ukraine, as the BBC reported last month. Much of the footage comes from past conflicts or shows military drills, which ends up being presented as genuine and contemporary to tens of millions of people.

It's a parallel conflict that itself may not end directly in bloodshed, but could end up swaying the minds of the larger population, an important weapon in the arsenal of superpowers like the US or Russia.

Might See Nonsense
MSN Fired Its Human Journalists and Replaced Them With AI That Publishes Fake News About Mermaids and Bigfoot
Dec 2
Read More
Uh Oh
Research Confirms TikTok Is a Cesspool of Misinformation
Oct 26
Read More
Please Don't
TikTok Caught Planning to Spy on the Locations of Specific American Citizens
Oct 21
Read More
+Social+Newsletter
TopicsAbout UsContact Us
Copyright ©, Camden Media Inc All Rights Reserved. See our User Agreement, Privacy Policy and Data Use Policy. The material on this site may not be reproduced, distributed, transmitted, cached or otherwise used, except with prior written permission of Futurism. Articles may contain affiliate links which enable us to share in the revenue of any purchases made.
Fonts by Typekit and Monotype.